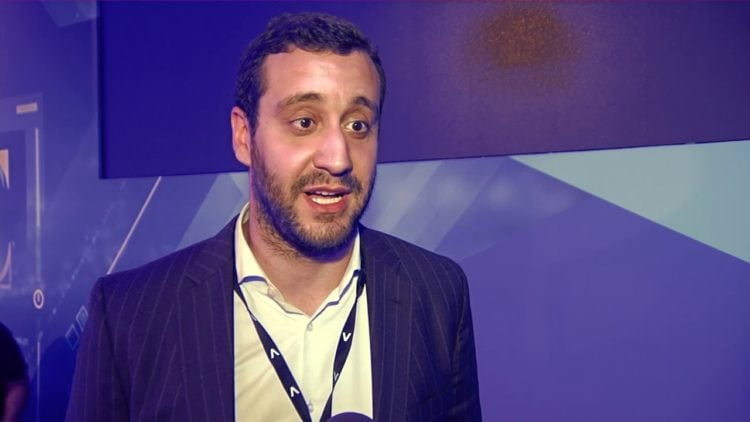 1. He’s always been a tech wizard

One of the more interesting things to note about Paiva is that he was able to code computers while he was still in high school. In fact, it was only after he graduated from college that he stopped working with computers in this capacity. Up until that time, he had been fairly self-taught. Despite that fact, he could code a computer just as fast as almost any individual who had undergone years of formal training.

2. He hasn’t always followed his dreams

Like so many other people, he struggled with the prospect of following his dreams versus doing something more practical. He himself has stated that he knew early on that he far preferred to develop his own start up and become an entrepreneur, yet he was expected to go into business and work in that capacity because it was more secure. As such, he worked at Procter & Gamble in the financial department for some time. The thing is, he wasn’t happy and eventually, he decided to make a change.

3. He believes you should do what makes you happy

On that note, he believes that you should do what makes you happy in life as long as you’re not harming yourself or anyone else in the process. According to him, life is simply too short to spend it working in a job that doesn’t fulfill you. He says that if you go to work everyday wishing that you were somewhere else or if you find yourself dreading the fact that the next day is a work day, it’s time to make some serious adjustments and start doing what you love.

4. He’s a big supporter of making every moment count

As you might have already guessed by now, he believes in making every moment count as opposed to doing something that isn’t fulfilling and hoping that it will somehow get better later on down the road. He is quick to point out that this is rarely if ever the case. When a person isn’t happy with something, continuing to do it and hoping that things will suddenly become more joyful doesn’t really make a lot of sense to him, as things just don’t have a tendency to work out this way.

5. He knows that you make your own success

Paiva is quick to point out the fact that people have the power to make their own success. He says that so many times, he has seen people who are unhappy with their work, yet they seem to feel powerless to do anything about it. He wants everyone to know that every person has it within them to do whatever is necessary to experience joy in their professional lives. If you aren’t happy with your job, figure out what it is that you want to do and then start taking the necessary steps to change things in the right direction. If you don’t take action, nothing will change. However, great things can happen if you just put forth the effort and give it a chance.

6. He started his company because he saw a genuine need for it

One of the reasons that Paiva founded Talkdesk is because he saw a need in the market for such a company to exist. It all started innocently enough, with him and one of his friends getting involved in a contest. Before he knew it, he realized that there was a need in the business world for call center services that could be operated on a global scale. As such, he got to work with his technology background and formed the company in 2011. It’s been going strong ever since.

Despite the fact that his company is now 10 years old and doing well, he’s quick to point out that it’s not always smooth sailing. In fact, he says that he’s had more than his fair share of setbacks where things didn’t work out quite the way he had hoped they would. He also says that this is a common experience for all entrepreneurs and something that anyone who wants to develop a business of their own should come to expect.

8. Like most, he has learned to overcome fear of failure

Paiva says that there was a time when the thought of failure scared him so much that it almost would have been easier to stay at Procter & Gamble in order to play it safe. The problem was, he wasn’t happy there, as previously discussed. As a result, he had to learn to get over his fear of failure. Like most entrepreneurs, he has learned to allow that fear to propel him into action as opposed to paralyzing him into doing nothing.

It’s safe to say that he isn’t exactly like most entrepreneurs. Where so many people would have chosen to sell their start up in order to start another company, he has stuck it out. It’s almost unheard of to have someone start a business in this particular niche and still be with it a decade later, but he says that as long as he is happy doing so, he sees no reason to make a major change.

10. He used his own money to start the business

Another thing that makes him stand out is that he used all of his own money to start the business back in 2011. As opposed to going out and looking for investors who would then have partial control over the company, he chose to save his money and pay for everything himself. All these years later, that gives him complete control over the company and what he chooses to do with it.