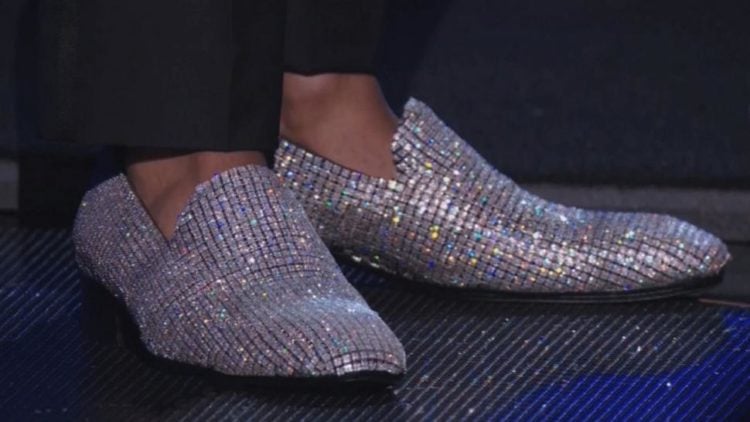 Shoes are meant to protect our feet from the elements. However, when shoes cost millions on top of millions, it’s difficult to imagine that they’d belong anywhere other than the inside of a box in a safety deposit box. There are shoes out there that cost more than what many of us could make in a lifetime. But if the wealthiest among us want to wear diamond-studded shoes, shoe designers will continue to make them.

That’s exactly what one fashion designer did for one celebrity. American fashion designer Tom Ford has always been known for his luxury brand. Although his brand is still fairly young compared to other designers out there, he has established himself over the years to be one of fashion’s most talented. He’s even directed a couple of well-acclaimed movies before. But this former student of architecture has become an unstoppable force in the fashion industry Ford’s designs are highly sought after, and it serves his clients well. In an interview with the LA Times, Ford states that he’s always thinking about what his clients want. He knows exactly who his clients are, and he designs specifically for his type of clients.

One of those clients happens to be actor Nick Cannon. Cannon is known mostly for his show Wild ‘N Out, for hosting America’s Got Talent, for starring in films such as Drumline and Roll Bounce, and also for being Mariah Carey’s ex-husband. Cannon has always had his own unique fashion sense, and him rocking Tom Ford loafers just fits the bill. On average, a pair of Tom Ford loafers could cost you anywhere from roughly $1,000 to more than $2,000. To say the least, they aren’t cheap. If you bought a pair, however, you’d be paying for more than just the designer name. You’d also get incredible shoes made with only with the highest quality materials. Of course, none of that is enough for an actor willing and looking forward to standing out and making a statement—not that he wasn’t already doing so being married to one of music’s biggest divas. In order to elevate his shoe game, he had to hire the skill of another talented individual.

Jeweler for the Stars

Famous for being the founder of Jason of Beverly Hills, Jason Aresheben has become the jeweler for the stars. He’s famous for creating over the top pieces of jewelry for various celebrities whether they’re in film, sports, music, or fashion. Cannon hired Aresheben to customize his simple Tom Ford loafers. But this customization was no ordinary job. It elevated the pair of shoes from a couple of thousand to a couple of million dollars.

What could he have possibly done to make a pair of loafers cost so much? Aresheben’s sense of style isn’t gaudy in this case. In fact, the end result was quite elegant and stunning. According to this article from Vibe.com, Aresheben put a grand total of 340 carats of diamond on both shoes. Every single stud of brilliance on those shoes was a perfectly full-cut round diamond set on white gold. The report states that there must have been a total of more than 14,000 diamonds on both shoes. That number can at least account for a huge chunk of the cost of the custom loafers. Aside from the cost of the diamonds themselves, the labor that went into cutting 14,000 diamonds, setting them, and putting them on the loafers is completely unimaginable. It’s exactly why Aresheben continues to be at the peak of his game. It’s because he can make leather loafers shine like no other. Etonline.com reports that the shoes required a total of 2,000 hours of labor, and that in itself took almost a year to finish. Sourcing the diamonds alone took about four months. It’s a good thing Aresheben finished it in time because Cannon planned on wearing it to the season 9 finale of America’s Got Talent. And so he did.

When Cannon approached Aresheben for the project, he had one goal in mind: to do something completely over the top. He wanted to do something that had never been done with diamonds before. Cannon even said that he wanted to do something historical. In some ways, he achieved just that. Amounting at $1 million per foot, the shoes held the title of being the world’s most valuable shoes—at least according to the Guinness Book of World Records. That title is no longer held by Cannon’s custom shoes, and he, unfortunately, lost more than just that title since then.

The shoes weren’t seen on Cannon’s feet again since that night of the finale. There are no known sales associated with the custom Tom Fords, but many have certainly expressed interest. It was also announced around the time of its creation that the commission from the shoes was going to be donated to a charity yet to be determined. That charity remains to be undetermined to this day, and the shoes remain to be forever a remnant from that part of history. The shoes certainly showed that night for Cannon, and it truly elevated not only his outfit but arguably the show as well. Since that time, Cannon lost his hosting job at AGT and also his marriage. While he continues to be active on various television pursuits, he’s certainly no longer on the spotlight the way he was when he was still married to Mariah and hosting one of the biggest shows on television. Cannon’s $2 million custom Tom Fords are probably best sold or auctioned off for charity. Whether Cannon has any plans to sell his expensive shoes are not known. We might just see the actor wear them again one day.