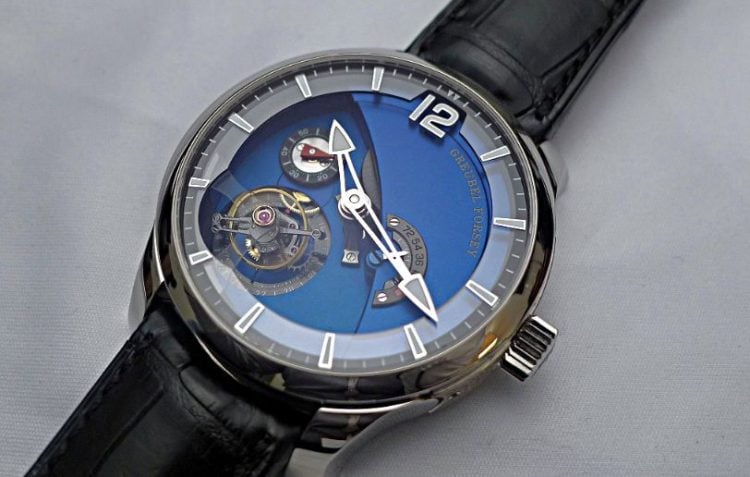 Greubel Forsey was founded in 2004, and has made a tremendous impact on the timepiece industry by manufacturing some of the most strikingly sophisticated tourbillon watches in history. These include the famous Art Piece 1 timepiece, valued at $2 million, and the impressive Quadruple Tourbillon. The success behind the brand can be attributed to its two co-founders: Stephen Forsey and Robert Greubel.

Their twelve years of collaboration has seen the introduction of some remarkable non-tourbillon creations in a bid to reduce the price to a more affordable level. However, there are a few exceptions that are pushing the figures to the sixth digit, which actually allows Greubel Forsey to compete realistically with major high end brands like Audemars Piguet and the rest. Here are our top five Greubel Forsey watches of all time. 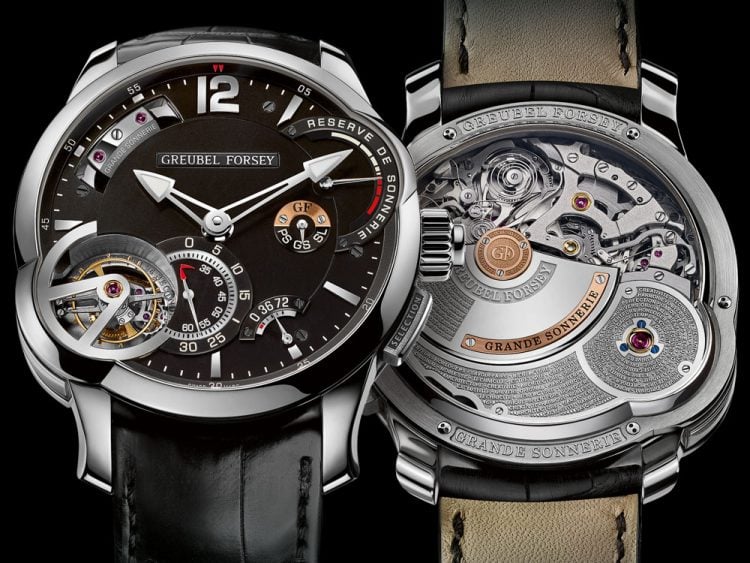 The eagerly awaited Grande Sonnerie watch is expected to debut at the 2017 SIHH. The timepiece is said to have taken eleven years to “research and develop,” and is arguably one of the finest the marque has ever produced. Not only is it a musical chiming watch, but the Grande Sonnerie is also an automatic. Greubel Forsey tends to take their time when developing and launching watches equipped with new complications, as evidenced in the debut of their first timepiece with a perpetual calendar just 3 years ago.

The Grande Sonnerie will be their first ever chiming timepiece. Movements that feature chiming complications are quite difficult to manufacture from scratch, almost as challenging as complex split second chronographs. This timepiece can actually chime in 3 different modes, which makes it all the more challenging. These include the grande sonnerie mode, the petite sonnerie mode, and the minute repeater mode. The latter mode means that it can chime in the nearest minute, quarters, and hours on demand. Overall, the watch is comprised of 935 parts. 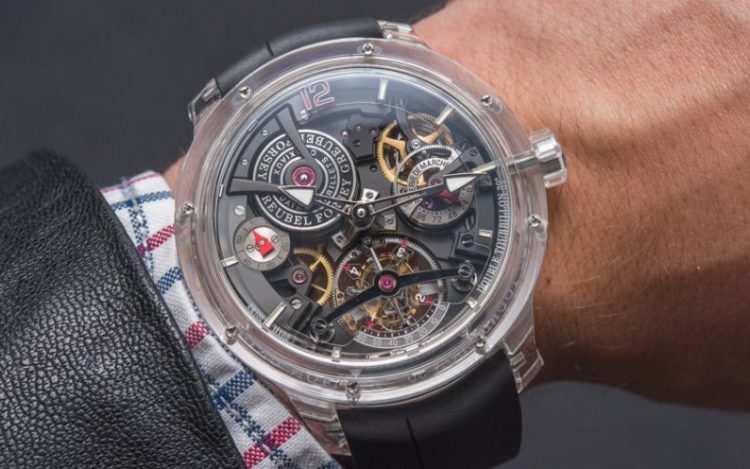 The GF Double Tourbillon Technique Sapphire timepiece was released in just eight copies. It features a sapphire case, as the name suggests, and one of the most impressive calibers in a sapphire sandwich. While some brands prefer using the more traditional haute horlogerie, modern players in the market are turning to the latest manufacturing techniques to enhance their creations. This includes using different kinds of carbon fiber for dials and cases, incorporating black coated pieces, and so forth.

But the most recent trend in the industry is the use of sapphire. Of course, this material has been used for back and front crystals traditionally, but it is only recently that production techniques allowed for the manufacturing of more complex shaped components. Previously, Greubel Forsey had used sapphire for a unique dial and bridge, before trying it in a different application in the Tourbillon 24 Secondes Contemporaine. This time, however, they have taken it to a whole new level. The sandwich case, which comprises the one piece bezel & front element, the middle section (case band), and the case back are all made of this extremely scratch resistance material. And although the 4 tourbillons are not visible from the outside, the face of the watch is inscribed with some text that gives a clear statement of what’s happening under the dial. In particular, the words “Quadruple Tourbillon” are printed on the dial, which is quite important for the users. There are also six hands on the dial, but only 3 are used to indicate time. The timepiece also features a power reserve indicator hand and two smaller 1-minute tourbillons inside inclined at a 30-degree angle and rotating every sixty seconds.

While there are several versions of the GF Tourbillon 24 Secondes Contemporain timepiece, our focus today is the white gold one with titanium. However, all of these timepieces share the same features: a wide diameter (43.50mm specifically), which is comfortable at the wrists due to the shape of the lugs, and a perfectly round case with zero protuberances. However, it has a pretty noticeable height (at 15.20mm), which can be hard to fit under the cuffs. Fortunately, this is not the kind of watch most people wear to hide under the sleeve. Both sides of the case are engraved with the company logo and creators of the watch. Each of the hand-crafted plates is reminiscent of ancient Roman classicism that is designed to create an intimate bond between the watch owner and the creators.

The GF Double Balancier breaks the most basic principles of watchmaking – such as good legibility between 4 & 10 o’clock – and highlights some gorgeously sophisticated mechanical feats. It features two balance wheels on 2 different escapement platforms, with 71 parts on each. The platforms have been designed to sit at a 30 degree angle against the movement plate’s plane. This is because the position of the spring and balance wheel has a significant impact on their performance.

When adjusting a movement, a watchmaker needs to find the ideal balance between the significantly different performances of the movement from various positions. When the spring and wheel are placed horizontally (with the watch lying flat on a table, for instance), the performance rate will vary greatly from when the two features are placed almost vertically (with the crown facing down). The 30-degree angle of inclination works like a constant averaging factor. What’s more, since each balance wheel is positioned at a different angle, individual performance should be ideal from at least one of them at any given time.