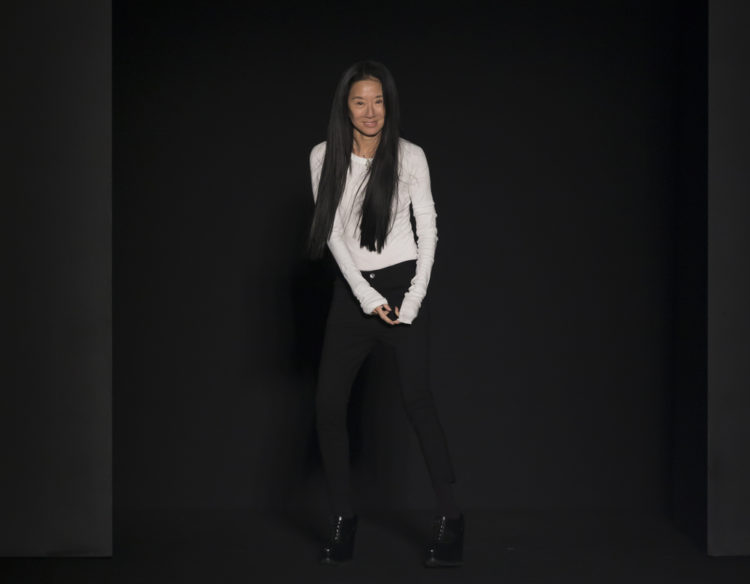 There’s a lot more to Vera Wang than wedding dresses. A former figure skater who turned to fashion when her dreams of becoming an Olympian turned to dust, Wang sits at the helm of a fashion empire. Her reach extends into attire, houseware, footwear, fragrance, eyewear, and jewelry. Now 71 years old, Wang is one of the most respected and well-known names in the industry. Her creations have been seen on catwalks, TV shows, and, of course, at a million and one wedding ceremonies. She’s released books, opened bridal boutiques, and designed outfits for everyone from Michelle Obama to Sofia Vergara. In short, she’s a fashion giant. She’s also one very wealthy woman. Just how wealthy may take you by surprise. Here, we take a look at how much Vera Wang is worth, and discover exactly how she made it.

What Is Vera Wang’s Net Worth?

Wang’s been in the fashion business since the early 1970s. In that time, she’s designed clothes for VIPs, actresses, and music stars. She’s achieved a place in popular culture thanks to featuring in some of the biggest TV shows of the last couple of decades. In “Gossip Girl,” Blair Waldorf wore a Vera Wang wedding dress. In “Sex and the City,” Carrie Bradshaw wore a Vera Wang gown during a Vogue photoshoot and Charlotte York wore one for her wedding to Trey MacDougal. In “Bride Wars,” Anne Hathaway and Kate Hudson all wore custom-made Vera Wang gowns. Considering all that, you wouldn’t expect Wang to be struggling to make rent these days. And sure enough, she certainly isn’t. According to Celebrity Net Worth, the designer is currently worth the mammoth amount of $650 million. As to how she made it… well, to find out the answer to that, we’ll need to rewind all the way back to the 1970s.

Growing up, Wang was into figure skating. And when we say she was into figure skating, we don’t mean she spent her Saturdays hanging aimlessly around the ring with her high school buddies. Throughout high school, she trained almost as much as she studied, even making it as far as the 1968 U.S. Figure Skating Championships. That same year, Sports Illustrated featured her in their Faces in the Crowd issue. Determined to go all the way to the top, she tried out for the U.S. Olympics team. Unfortunately, her talents didn’t quite match up to her ambitions. But by then, she had a backup plan. After graduating from Sarah Lawrence college with a degree in art history, she was immediately offered a position as an editor at Vogue, making her the youngest editor at the magazine. She continued to work for Vogue for the next 17 years. By the mid-1980s, she was looking for a change in direction. The change came in 1987 when Ralph Lauren offered her a job as a designer.

Wang’s period with Ralf Lauren didn’t last long. After just two years with the brand, she was ready to fly the nest. At the age of 40, Wang launched her own fashion label. According to Fotolog, she got the money she needed to launch the business from her father, who gifted her a start-up fund of $4 million. With the money, she rented out a two-story showroom and a boutique on Madison Avenue in New York City. In September 1990, Vera Wang Bridal House Ltd had its grand opening. Thanks to Wang’s connections at Vogue, she was delivered a helping hand when the magazine devoted a full 6-page spread to the opening. The article worked its magic, sending scores of brides straight to Wang’s door. From there, the only way was up.

From Figure Skaters to First Ladies

In 1992, silver medalist Nancy Kerrigan wore a Vera Wang creation in the Olympics. Soon, more and more figure skaters started demanding to be dressed by Wang. She’s since designed costumes for numerous figure skaters, including Michelle Kwan, Evan Lysacek, and Nathan Chen. Her creations have appeared at the 1992, 1994, 1998, 2002, 2010, and 2018 Winter Olympics. In recognition of her contribution to the sport as a designer, Wang was inducted into the U.S. Figure Skating Hall of Fame in 2009. Asides from figure skaters, Wang has dressed numerous celebrities and public figures, including Chelsea Clinton, Viola Davis, Ivanka Trump, Campbell Brown, Sophie Vergara, Alicia Keys, Mariah Carey, Victoria Beckham, Sarah Michelle Gellar, Kim Kardashian, and Michelle Obama.

Since the early days, Wang’s fashion empire has grown in leaps and bounds. She’s opened retail premises across New York, London, Tokyo, and Sydney; launched a range of bridal wear entitled “White by Vera Wang” sold via David’s Bridal; ventured into the home fashion industry with the launch of The Vera Wang China and Crystal Collection; created a diffusion line entitled ‘Simply Vera;’ and expanded her brand through fragrance, jewelry, eyewear, and shoes. In addition, she’s released a book, ‘Vera Wang on Weddings’, and appeared in numerous TV shows and movies, including the documentaries ‘First Daughter’ (2004) and ‘The September Issue’ (2009), and the shows ‘Gossip Girl,’ (2012), ‘Keeping Up with the Kardashians’ (2011), ‘Chelsea Lately’ (2011), ‘The Celebrity Apprentice’ (2008), and ‘Ugly Betty’ (2007).

Wang’s career may have received a boost thanks to the $4 million start-up fund she received from her father, but since then, she’s been solely responsible for making what amounts to a very considerable fortune. Today, Forbes places her at number 76 in their list of ‘America’s Richest Self-Made Women.’ And she’s far from done yet. In 2019, she marked her return to the runway after a 2-year absence with a collection that inspired Godfrey Deeny of Fashion Network to call her “one of the few New York designers with a truly distinctive fashion DNA.” 30 years after launching her first collection, Wang is still killing it – hence that giant $650 million net worth.