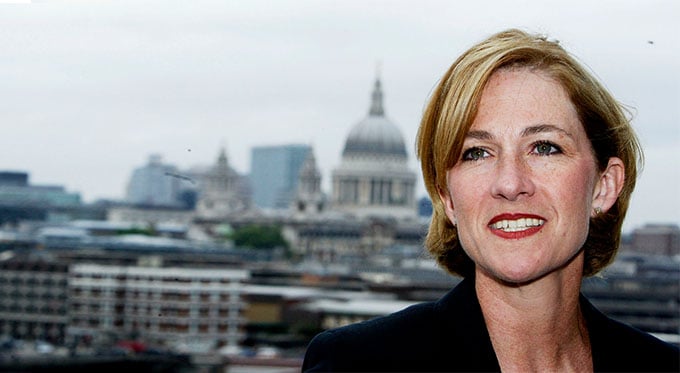 Barbara Cassani is an American businesswoman of some note. Primarily, people will be familiar with her name because of her involvement in founding a low-cost British airline called Go Fly. However, Cassani has been involved in a wide range of projects in a wide range of roles, meaning that there has been much more to her career than that single role

For her education, Cassani went to Mount Holyoke College. In short, Mount Holyoke College is a private liberal arts college that can be found in South Hadley, MA. It is a very well-known school, not least because it is one of the first institutions of higher education for women to have been founded in the United States. Something that makes its lasting prestige that much more impressive.

After she graduated from Mount Holyoke College, Cassani went on to study at Princeton University, which is another very prestigious school. In part, this is because of Princeton University’s great age, which is such that it is one of a very small number of institutions of higher education in the United States that had been established before the American Revolution. However, it should also be noted that Princeton University has the academic prowess to match, as shown by the awards and other accolades handed out to the hundreds and hundreds of people associated with the school in one way or another.

Subject-wise, Cassani studied international relations, which can trace its roots back for thousands and thousands of years because it gained incredible relevance as soon as states started springing up. With that said, it is amusing to note that in spite of its advanced age, international relations is complicated in that there is no consensus on whether it should be considered its own academic discipline or not. Something that is perhaps unsurprising when it straddles a number of subjects.

4. Spent Some Time As a Management Consultant

Upon graduation, Cassani spent some time working as a management consultant for Coopers & Lybrand. For those who are curious, Coopers & Lybrand was one of the components that went into creating PricewaterhouseCoopers, which is considered to be one of the Big Four accounting firms in addition to its other professional services.

After Coopers & Lybrand, Cassani went to work for British Airways, where she was entrusted with various roles in relation to various functions. For example, she was involved in both sales and marketing at different times. Moreover, Cassani was a member of the team entrusted with integrating Dan-Air into British Airways, which is always a challenging task that speaks of considerable trust in the people charged with it.

Cassani’s leadership of Go Fly proved to be very successful. After all, it managed to become profitable just two years after its initial founding. Moreover, it was no more than a short period of time before Cassani managed to lead what is called a management buyout with financial support from the venture capital firm 3i. For those who are curious, a management buyout is exactly what it sounds like in that it sees the management spearheading a move to buy the company from either its private owners or its parent company. Such initiatives were particularly common in the 1980s, but they have been very common in the decades since as well.

Unfortunately for Cassani, her Go Fly was eventually bought out by its competitor EasyJet. At the time, Cassani was very much opposed to the move, which is presumably why she wasn’t offered a position in the resulting company when it went through in spite of her opposition. Afterwards, Cassani wrote a book about her experiences with Go Fly, which has enabled her to get her side of the story out to interested individuals.

Cassani was the one chosen to chair London’s bid for the 2012 Summer Olympics, which was apparently so that her business expertise and experience could provide the effort with some much-needed professionalism. However, even from the start, Cassani’s leadership saw friction, both because she was a newcomer to the very political world of the Olympics and because she was American rather than British. In the end, Cassani led the effort through the earliest stages before stepping down in preference for a British politician and Olympic winner. Something that may or may not has been wholly voluntary on her part in spite of what she said in public.

When asked about what she dislikes the most in a professional context, Cassani answered that she has a strong dislike for people who make fine-sounding promises but doesn’t actually do anything to fulfill them. This makes perfect sense because said individuals can be very dangerous for a business’s long-run prospects, seeing as how fine-sounding promises can get them into vital positions where their lack of action can have horrendous consequences throughout operations. After all, the competitiveness of most markets means that businesses can’t just stay still but instead needs to continue adapting themselves for their ever-changing environmental conditions. Regardless, in Cassani’s opinion, there are also a lot of corporate boardrooms in the present time that lack the kind of courage needed to take decisive action.