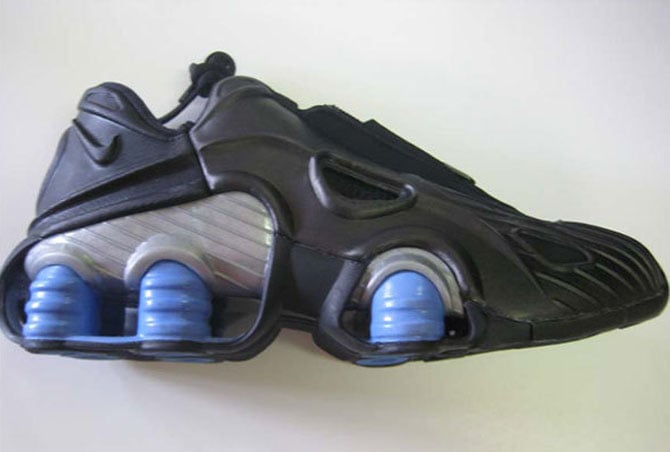 Nike made history when they introduced a new kind of cushioning technology in their Air Max sneakers line, but they weren’t through with innovation and improvement in comfort yet. In 2000, they upped their game with the introduction of the brand’s Shox line. Improvements in cushioning used a series of hollow columns that were reinforced with dispersion plates for load distribution that protected the integrity and the longevity of the shoe. The Shox model became popular because it gave the wearer an interesting sensation of springiness which was not only comfortable but invigorating to boot. Here are the five top Shox models ever made by Nike, and although they’re not in big supply, if you look hard enough, you’ll probably be able to find a pair of your favorites, but be prepared to pay a pretty penny for these iconic models. 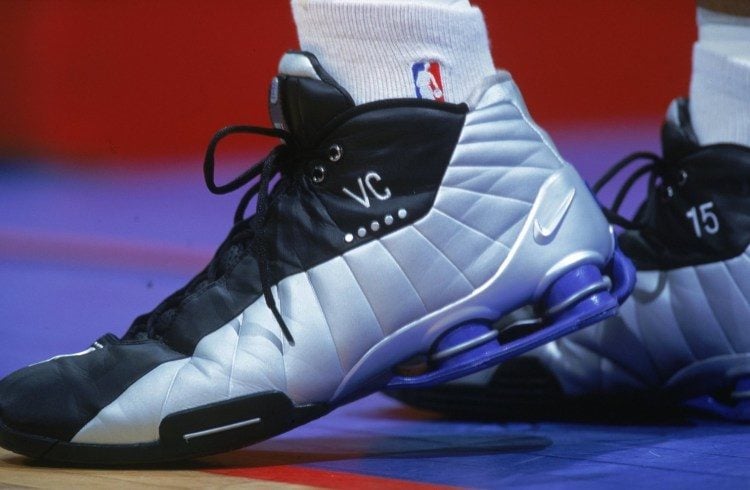 The Shox BB4 model is also known as the “Boing.” This was hands down, the most popular Nike Shox model that was ever made. It was introduced to the word in 2000, and 18 years later, these shoes are still being worn. They offer a compact appearance and are suitable for casual wear and for sportswear, including basketball at the professional level. The comfort is unquestionable, but the extra spring in each step gives athletes a definite advantage. The upper part of the shoe is exaggerated with the Nike logo placed neatly on the side. These shoes are white and blue in color with a dense sole and an air capsule in the front. If you find a pair for less than $150, grab them fast because the average selling price ranges between $150 and $300. The Shox Griffey was introduced early in the creation of the Shox line with a release date of 2002. This is a stylish model that features a blue sole. The front of the sole is bent to give it amazing ergonomics and a boost when playing a sport. This is thanks to the four columns that are placed within the tall sole that increase both comfort and support. The color is white, with gray stripes and the attention-grabbing blue sole. Although not the most attractive in the Shox line, this model does provide an amazing spring to your step. 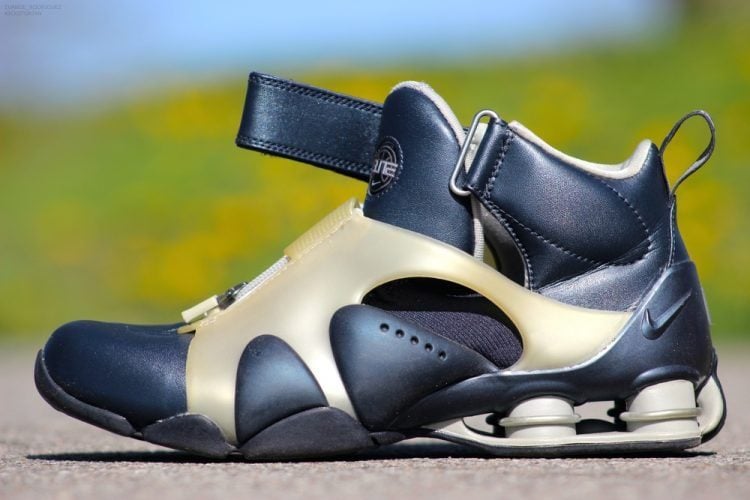 The Shox Stunner, like the Griffey, was released in 2002. It quickly became a favorite among basketball players, both amateur and professional. It comes with a built-in inner sock, a zipper, an ankle strap and a center outsole. It also features the Shox cushioning for comfort and high performance for athletes. In addition to its excellent performance, the Stunner is an extremely attractive sneaker with a plush leather upper body in blue and white with that classic Nike design. It has a compact aesthetic with a rubber strap that covers the majority of the upper body. The sole is quite low, but it doesn’t interfere with the comfort, thanks to the four columns located at the shoe’s rear sole The TLX Mid SP is all about traction and comfort. The model was first released in 2014 and it had a lot to live up to because of its impressive predecessors. It performed well enough and even made improvements to the comfort and performance of its ancestors. The upper features a synthetic leather material that is durable and also breathable for maximum foot comfort and protection from overheating and sweating. The Shox cushioning system built into the sole provides comfort and shock absorption. These shoes are black with a yellow and white overlay and a gray sole for impressive aesthetics. An improvement in the sole with texturing give it amazing traction in most situations. The Shox NZ was released in 2003 and it was immediately popular because of its availability in a wide range of colors, but the silver was the undisputed favorite. This model was intended to be worn as a street shoe and since its initial appearance in 2003, it’s continued to be a favorite for casual wear. The upper is made of leather with a white front part and a black colored Nike logo placed on the side. This model incorporates a unique lacing system that ensures the optimum fit and comfort.