Home
Net Worth
How Michael Jai White Achieved a Net Worth of $3.5 Million
Prev Article Next Article 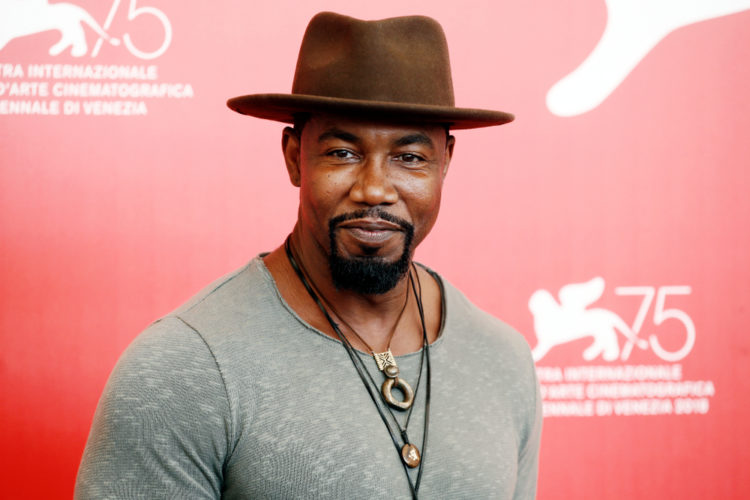 Michael Jai White is best-known for being an actor. However, he is known for a number of other roles as well. For example, White was a martial artist before he was an actor. Similarly, White has directed more than one of his projects. On top of this, it is interesting to note that he was once a special education teacher, which is a job that calls for a very specialized set of skills.

What Is Michael Jai White’s Current Net Worth?

Regardless, the fact of the matter is that White has had a long career in the entertainment industry. Thanks to this, he is estimated by Celebrity Net Worth to have approximately $3.5 million. This may or may not be accurate. After all, estimates are by definition based on incomplete information. Still, it should be enough to provide people with a general sense of White’s wealth.

How Did Michael Jai White Reach His Current Net Worth?

As mentioned earlier, White was a martial artist before he was ever an actor. After all, he started training in jujutsu when he was still at the age of four. For those who are unfamiliar, jujutsu is an entire family of Japanese martial arts that can trace their roots to as far back as the Nara period, which was the part of classical Japanese history before the Japanese imperial court reached its peak. Jujutsu is interesting because it was a major source of inspiration for a number of modern martial arts such as judo, sambo, and Brazilian jiu-jitsu. Later, White moved on to shotokan karate, which was developed by Funakoshi Gichin and then Funakoshi Gigo before going on to become one of the most popular styles of karate that can be found out there. Having said that, it is important to note that White didn’t stop there. Instead, he went on to learn seven other martial arts as well, which would be taekwondo, kobudo, tang soo do, wushu, Brazilian jiu-jitsu, kyokushin, and boxing. Out of these, White is particularly well-known for his focus on kyokushin, which is a style of full contact karate that was established by Oyama Masutatsu. Someone who might be better-known to interested individuals as Mas Oyama, a very well-known martial artist who would demonstrate his skills by fighting bulls with his bare hands. At one point in time, White was a special education teacher who taught students with behavioral problems. He spent just three years in said job. However, it nonetheless seemed to have had a fair amount of influence on him. For instance, White once stated that he didn’t have a positive opinion of hip-hop because his experience as an educator brought him into contact with youth who had problems distinguishing it from real life.

In any case, White’s career as an actor started up in 1989. Initially, his roles were relatively minor. For example, White played an Apocalypse, Inc. executive in both The Toxic Avenger Part II and The Toxic Avenger Part III. Similarly, he was an audience member in Teenage Mutant Ninja Turtles II, so-called “alley guy” in True Identity, and a super soldier in Universal Soldier. Eventually, White had his first notable role as the titular individual in 1995’s Tyson. Based on the name, interested individuals should have no problem guessing that said TV movie was a biopic about the boxer Mike Tyson covering everything from his troubled childhood to his stated intent to make a comeback after serving his sentence for the rape of Desiree Washington. Said comeback saw a fair amount of success. However, it saw plenty of controversy, with an excellent example being the infamous incident of Tyson biting off a chunk of his opponent Evander Holyfield’s right ear in a rematch in 1997.

After that, White had a number of other notable roles as well. One example would be how he starred alongside Steven Seagal in Exit Wounds. Another example would be how he was the mob boss Gambol in The Dark Knight. However, a lot of people are most familiar with White because he can claim the distinction of being the first African-American actor to play a major superhero in a major superhero movie, seeing as how he was Spawn in the eponymous movie in 1997. Most of White’s work in the 2000s, 2010s, and 2020s haven’t been particularly high-profile, but it is interesting to note that his Welcome to Sudden Death in 2020 apparently proved to be quite popular on Netflix.

Besides these, White has been involved with various projects in various other ways as well. For instance, he has done a fair amount of voice work over the course of his career. This can be seen in his roles in cartoons such as Static Shock and Justice League Unlimited as well as other projects such as the video game Justice League Heroes. Similarly, White has directed multiple projects. First, there was Never Back Down 2, which perhaps unsurprisingly, was a follow-up to the martial arts movie Never Back Down. In it, White played a mentor character. Furthermore, he was the one who directed the whole thing. Second, there was Never Back Down: No Surrender, which was a sequel to the aforementioned movie. This time around, White’s character take on the lead role. Something that makes sense because the previous movie set up his return to MMA. Regardless, he was once again the director for the movie. Third, it is known that White will be the director for The Outlaw Johnny Black. Currently, there is no way to know when the movie will be out. However, The Outlaw Johnny Black is nonetheless interesting because it is stated to be a spiritual successor to Black Dynamite, which was an action comedy that starred White in the titular role. Based on the name, some people might be able to guess that Black Dynamite is connected to the blaxploitation genre in some way. To be exact, it was both a parody and a homage to its predecessors. As such, one can’t help but wonder what The Outlaw Johnny will look like.

Regardless, the source of White’s wealth should be clear. He has been working steadily throughout the course of his career. Moreover, White remains quite active in the present time. Due to this, it will be interesting to see if his net worth will see significant increases in the times to come, seeing as how he is still relatively young as someone in his early 50s.