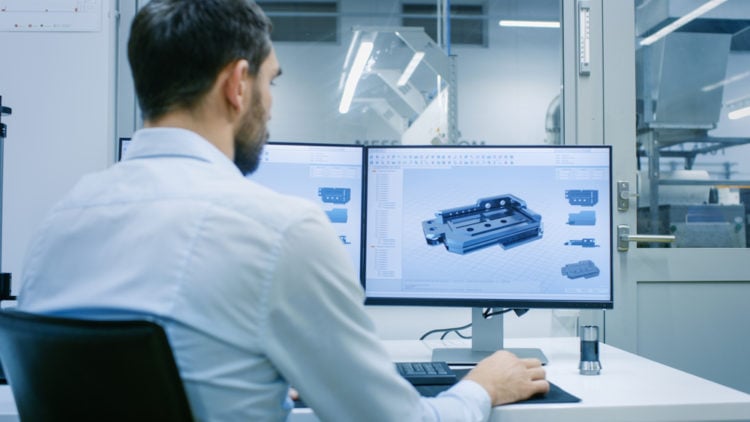 In 1971 people got their first taste of personal computers. The Kenbak I hit the market, costing $4,659 (adjusted for inflation.) Additionally, it was so large it nearly covered an entire wall. A year later, Hewlett Packard released the HP 3000, the first smaller computer, costing approximately $600,000 in today’s market. Neither of these computers would meet today’s growing need for technology. Later models, such as the Apple I in 1976, were more affordable to everyday consumers, though still rather expensive ($2,949). Nowadays, if someone is going to drop that amount of money on a computer, they expect a powerful machine that exceeds essential functions like social media and checking e-mail. Moreover, there are computers so pricey that only the upper echelon can afford them. These are the 10 most expensive computers money can buy.

According to Engadget, the Envy H:171 “set the standards for performance notebooks.” Features like 4GB of ram are now seen as low capacity, yet were once the fastest on the market. The Voodoo Envy H171 still ranks as one of the priciest computers.

Gamers understand speed is crucial, and Rock Direct certainly delivered. Although it isn’t flashy like some models on this list, it’s one of the fasted computers you can purchase. Not only is it an excellent choice for gamers but also anyone who works in a professional art field, such as a graphic artist. The case also features an understated elegance, metallic gloss paint, and features designed to protect your computer. Moreover, there are four Intel Core 2 processor cores, two NVIDIA 9800M GTX SLI graphics cards, three 7200rpm SATA hard disks, and a staggering 1.5 terabyte Raid hard disk.

A computer company and a high-end car company collaborated on this model, combining luxury with outstanding performance. It’s another computer you may have trouble finding since only 250 units hit the shelves. Unlike other heavier models, the two companies created a luxury model that is light and ergonomic. Additionally, they packed a lot of impressive features, including a 160GB hard drive. The casing features a white gold frame and a limited edition number. Moreover, Bentley helped choose colors that matched the company’s cars.

Across the board, this is an impressive computer. Apple focused not only on the casing but also on the specs. Aside from master artisans designing a 24k gold case featuring a diamond-encrusted Apple Logo, they also packed it full of features that amplify productivity, including a high contrast five million megapixel screen. The company released less than a hundred models. However, if you purchase one, you can choose between Rose Gold or Platinum if you aren’t crazy about the ostentatious gold.

When you look at this computer, the first thing it calls to mind is the Gilded Age; think Great Gatsby. The casing on this computer is a 24k gold overlay. According to Engadget, it also features 12,000 hand-laid Swarovski crystals. Much like other computers on this list, Apple only made a limited amount of models.

Currently, this is the most expensive gaming computer. Some feel it’s two computers in one because it is impressive not only for gaming but also day to day productivity. The first generation, released in 2017, had a Phanteks Enthoo Elite case which cost almost a thousand dollars. According to Vizaca, people were skeptical about putting so many features into one machine.

One of the things that makes this computer a standout is 80 carats of diamonds. Additionally, it is a sleek computer built to look like a purse. When E-Go designed this computer, they wanted to appeal to a niche market, women. They felt that something resembling a fashion accessory would prompt them to purchase a pricier model. The company added a line of purses and mice to accessorize these models further.

Unlike some pricier models, which rely on flashy bling, Apple made this model stand out with grace and subtly. According to Stuart Hughes, Apple only released five devices. However, this computer focused on luxury, not practicality, weighing in at 15 pounds.

Not only is this computer a standout for its style, but it also features impressive specs, including a Blu-Ray drive and a 128GB solid-state drive. However, the company clearly states the specs are not the reason for the price tag. Instead, its features like the diamond power switch make this computer one of the priciest in the world. Additionally, the name Luvaglio is another selling point since many people associate it with high-end luxury purchases.

MJ’s Art-Studio features an impressive collection of luxury products, including a mink USB flash drive and a mahogany keyboard. However, it’s the Swarovski notebook that is the pinnacle of the company’s collection and the most expensive computer in the world. The main focus for their models is not performance but the materials they use for the casing. Aside from Swarovski diamonds, they also use crocodile and “genuine leather of exotic animals.” Anyone who chooses this computer can accessorize it with an eel skin mouse.

Academy Award-winning director Francis Ford Coppola once said, “I like simplicity; I don’t need luxury.” However, many people love to stand out from the crowd with opulent accessories that allude to immense wealth. The computers listed here are testaments to luxurious lifestyles and those who enjoy the finest things in life. Sitting down with one of these computers in a public place will draw attention and certainly make a statement.