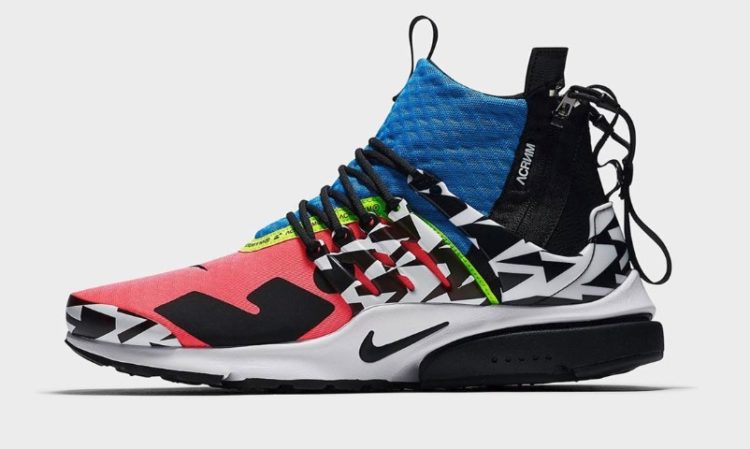 In the early part of 2000, “Rogue Kielbasa” and “Shady Milkman” seemed more like weird menu items than the monikers behind a pair of truly groundbreaking running shoes. However, that was all before an irreverent ad campaign that was created to underscore the disruptive nature of the Nike Air Presto and turned the notions of performance footwear truly on their heads.
While the original overture of the Presto may have been a bit cheeky, the innovation story is one that began in Korea many years earlier – and it’s all business. Here you can learn more about the history of this shoe, as well as some other fun facts you may have never heard before.

The beginning started with a poorly fit shoe that flared out at the top when the wearer (who was none other than Nike Senior Director of Athlete Innovation, Tobie Hatfield) stood up. According to feedback from a recent focus group, runners had two requests:

2. Testing of the Prototype

Once the prototype was created, Hatfield didn’t want to actually run in the shoe prototype because he wanted unbiased feedback. This is when he requested a co-worker try them out. The issue – the prototype was a 9 and the tester wore an 11. The tester didn’t complain and was surprised to learn it was two sizes too small. Because of the V-notch and better heel fit, the tension present in the collar created a type of hinge effect that helped the shoe grow in length. At this point, Hatfield realized that if someone who wore a size 11 actually fit into a size 9, then maybe Nike could rethink their sizing methods.

3. The Birth of the Half-Sizes

At this point, Hatfield discovered it was time to rethink their shoe sizing methods. They had created the method to mimic t-shirt sizes – small medium and large. However, with half sizes, athletes would have a bigger range to choose from for their shoes.

4. The T-Shirt for Your Feet

By 2016, the Acronym Nike Air Presto was born and it took the entire sneaker culture by storm. This was thanks to its impressive slogan – t-shirt for your feet.
The shoe was created by designers who took a look at all the Presto prototypes and combined the mid height of one with the fresh colors and dual zipper entry design of another.

5. The Deconstructionist Approach to Creating an Amazing Shoe

Unlike the development of other shoes, this one was created with a deconstructionist approach. It used an array of Acronym materials and highlights.
This is a process that required designers to take the original shoes simplicity and merge it into a more appealing and complex design. 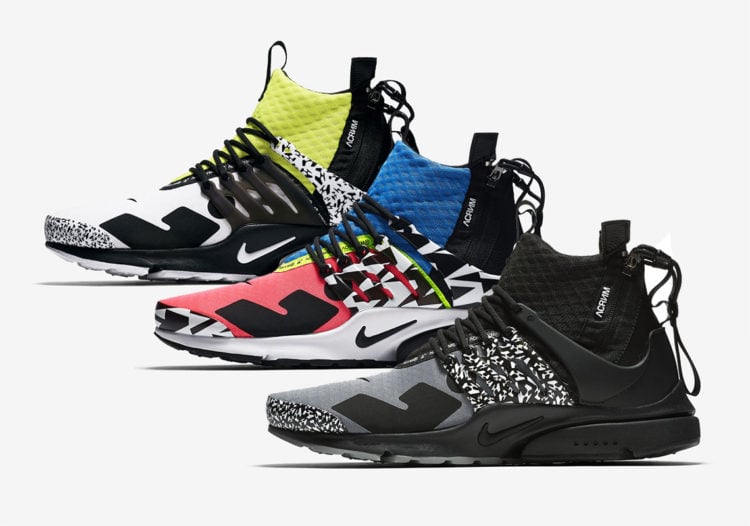 The shoe created was extremely “slipper like.” As a result, the mid-cut that was originally planned was dropped. The goal of the designers was to help to maintain the shoes sense of ease, but with additional performance benefits. Mid cuts typically offered superior levels of stability and support – but were also rigid, which wasn’t desired with this shoe.

The biggest design challenge was the zippers. It required several tries before the designers could achieve a fast and simultaneous poll of the perfect zipper function for these shoes.

8. The Design Only took Three Hours

The actual design of the shoe that was eventually offered for sale on the market took just three hours to create. However, testing things like the slider types, angle and pull distance took six different tries. Each design element was used to make the shoe more appealing and comfortable for the wearer.

The three different color options chosen were based on Acronym’s desire to have an option for all wearers. The colors include – Hot Lava/Volt, Olive/Black/White and Bamboo/Black.

10. It’s One of the Best-Selling Shoes

Even today, this is one of the best selling shoes that Nike has ever created – which makes it appealing to a large range of today’s athletes.

The 10 Richest Teams in the NFL

The 10 Richest People in Colorado