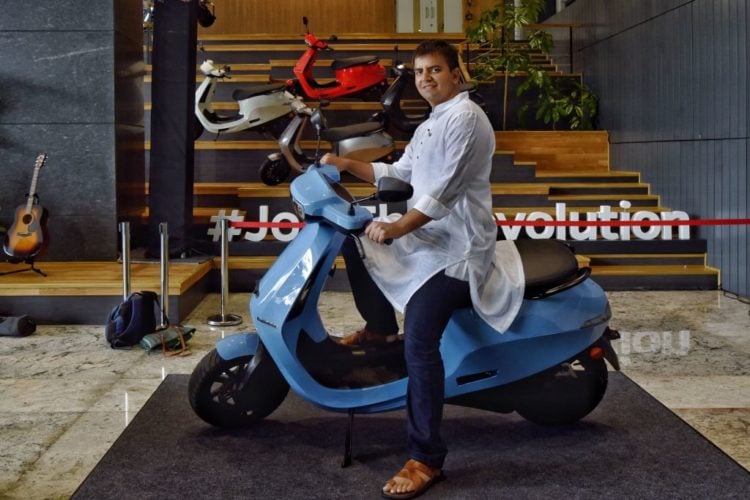 Ola Electric is a new startup company that specializes in the production of electric two-wheel vehicles. It makes electric scooters that help provide convenient and economical transportation for short-distance travel. The company is doing remarkably well and is going through exciting growth spurts. If you’re not yet familiar with Ola Electric, here are 20 things you probably didn’t know about the company to bring you up to speed on it.

1. Ola Electric is a young company

Many people have not yet heard about the Ola Electric brand because it hasn’t been in business for long. The company was established in 2017. It’s just four years old, so it hasn’t received a lot of press yet, but we expect that to change soon. From what we’ve discovered, this is a manufacturer that has the potential to grow into a leader in the electric transportation industry.

2. Ola Electric is an Indian business

Ola Electric is also known as Ola Electric Mobility. It was established in Bangalore, India with its headquarters located in Bengaluru, Karnataka, India. The manufacturing plant is situated in Tamil Nadu state, India, according to Wikipedia. It is a private limited company that was founded by Bhavish Aggarwal. It currently serves people who live in the country of India.

3. Ola Electric will be the largest factory in the world

Ola Electric boasts itself to be the largest factory in the world that makes two-wheelers in the making. The newcomer has grown remarkably fast with its 500-acre factory that is fully automated. This part of the business is located in the town of Pochampalli in the Krishnagiri district of Tamil Nadu. We’re not quite sure if it has achieved this lofty goal just yet, but Ola Electric certainly can do so. The new factory can produce ten million units per year. If it lives up to this standard it will accomplish the goal of becoming number one in the world with regards to production numbers.

The manufacturing plant of Ola Electric goes by a different name. It is called the Ola FutureFactory, but it belongs to the Ola Electric company. The factory recently celebrated the production of its first electric two-wheel vehicle. The release was made on August 15, 2021. This is the first of what they hope to be many more to follow. The company will produce two models of scooters which include the S1, or base model, and the S1 Pro. The scooters will be available in a choice of 10 colors.

Ola Electric will become best known for its electric scooters available in two models, however, it has a broader scope. The company is listed under motor vehicle distribution, as well as motor vehicle manufacturing, EV batteries, and charging solutions. We assume that the multi-industry listing is because the company will also manufacture and offer charging solutions, such as batteries and EV systems as well as replacement parts. It is also listed under sustainability because of the eco-friendly electric power sources.

6. Ola Electric has a noteworthy mission

According to Crunchbase, Ola Electric not only manufactures two models of scooters but also provides electric cars for lease. The overarching goal of the company is to provide electric mobility solutions for people who need reliable transportation that is convenient, dependable, and affordable. The company is currently working with cities, driver-partners, battery and vehicle manufacturers, and others in the mobility ecosystem, to develop a network of transportation options.

7. Ola Electric is gaining in popularity

Although it’s still a new company, the word is spreading about Ola Electric. Analytics for its official website show that there is an increase in the growth of monthly website visits in its home country. In the past 30 days, there were 21,137 visits to the site that shows there is an increasing interest in the products and services it offers. It has achieved a ranking of number 768,050 of the millions of websites registered on the world wide web.

8. Ola Electric is the most popular in India.

The executive leadership team for Ola Electric is comprised of seven dynamic members. Ankit Jain is a co-founder. Yongsung Kim is in charge of global sales and distribution. Sandeep Divakaran is the head of the strategy and corporate development. GR Arum Kuman is the chief financial officer of the Ola Group and Ola Electric. Yashwant Kumar is the senior director of operations. Wayne Burgess is the vice president of design. Saurabh Grover is the director of product planning. This is the core executive leadership team in charge of leading the company forward.

10. Ola Electric Mobility has made one acquisition

Ola Electric has participated in 7 rounds of venture capital fundraising. This puts it in the category of let stage VC enterprises. The most recent funding was a Venture unknown Series round that was completed on August 30, 2021. The total amount of funds raised over the seven rounds is $407.2 million.

Ola Electric is a startup that has done things right from the beginning through the present. They attracted a significant number of wealthy investment firms and successfully pitched the concept for their company to secure investment funds from 10 VC investors. That’s not bad at all for a company that has only been in business for four years. Investors in Ola Electric include Temasek Holdings, Falcon Edge Capital, also a lead investor, joined by Bank of Baroda, Pawan Munjal Family Trust, Kia Motors, Hyundai Motor Company, SoftBank, Tata Sons, Tiger Global Management, and Matrix Partners India. Ola Electric has been fortunate to secure sound financial support during its early developmental stages. It’s held seven rounds in the short time that it’s been in business which shows that the investors are committed to its eventual success.

13. Ola Electric is a unicorn company

According to Techcrunch, Ola Electric achieved unicorn status in 2019 when it received a valuation of $1 billion per the requirements. Since that time, the company has grown and increased in a valuation that is somewhere between $2.75 billion to $3.5 billion. The source that revealed the information asked to remain anonymous because the company and its stakeholders prefer to keep this as a private matter, but the information leaked out.

14. Ola Electric is looking at another round of fundraising

Although Ola Electric has just completed a round of VC fundraising, there are already talks about engaging in another. The firm has a strong desire to proceed with its strategic plan to enter into the South Asian market with electric vehicle manufacturing and it wants to scale up. They’re engaging in talks with Falcon Edge Capital, which would lead the round. The goal is to raise funding somewhere between $250 million to $500 million to finance the execution of its expansion plans. No other information about the discussions has been made public, other than the fact that they are taking place.

15. Ola Electric is currently not listed on the stock exchange

If you’re interested in investing in Ola Electric stock shares you won’t be able to find them yet. The company is still operating under a status of privately held. The owners and investors have not yet filed for an IPO.

16. Ola Electric is gearing up for an IPO

It might still be a while before the event happens, but Ola Electric is talking about filing for an initial public offering. They’ve already signed up with a few bankers and they’re making plans to complete the process at some time later in the year. This is good news for those who are looking for a few more investments to diversify their portfolios. It means that this is a company that bears watching in the months to come. It’s important to remember that these plans are still in the initial planning stages and a lot could change in the months to come. Nothing is set in stone at this time.

If everything we’re hearing about Ola Electric’s products is true, they stand a shot at taking the lead in the electric scooter industry. Their two-wheelers have just entered the production phase with the Ola S1 already out. It’s offered for $1,350 and claims to offer a range of 75 miles on a full charge. This could be one of the best products of its kind on the market. They’re building the scooters to stand out with features that trump the competition. Ola has built-in software-based features that make it the fastest EV scooter with plenty of color options and boot space as the key features they’re highlighting.

18. Ola Electric is a large-scale employer

According to LinkedIn, Ola Electrics currently employs a massive workforce at its facilities in India. The current headcount is 1,721 employees. The company is good for the local economy, but we believe that this is just the beginning. With its plans to add fleets of scooters to transportation networks on a rental basis, it could explode in growth and become one of the larger employers in the nation. The potential for this company to grow rapidly is present, but only time will tell.

We saw that Ola Electric has posted several job openings on its LinkedIn website. There are currently 25 openings in the company. Most of the new jobs are open to people who live near the headquarters or surrounding areas in India. However, we did see that there are three new jobs open in the country of Russia. This indicates that there is some potential growth and expansion taking place on an international level, although the company has not yet commented on this situation.

20. Ola Electric Scooters are coming to the United States

Elektrek recently reported that Ola Electric scooters will soon be available for purchase in the United States. It was confirmed by Bhavish Aggarwal, the CEO of Ola that the company plans to ship units to the United States ahead of the previously stated schedule. They’re ramping up their production of the 70 mph scooters and shipping them out as soon as they cross the finish mark at the production line. We can expect to see the first shipments arrive at the beginning of 2022, according to executives at Ola Electric. This is good news for those who have been anxiously awaiting their arrival.