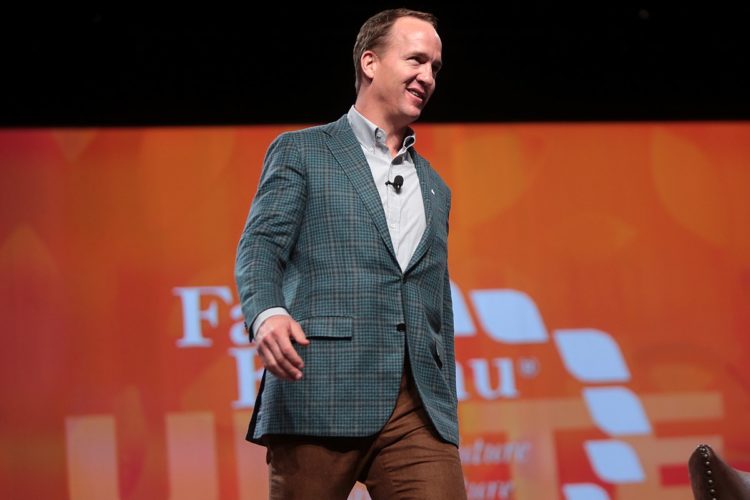 If you are an NFL fan, then you are probably familiar with the Manning family. Archie Manning and two of his sons, Peyton and Eli have placed their indelible print upon the game of football. Archie has gone down as one of the most beloved quarterbacks of all time. Eli has produced two improbable Super Bowl wins against arguably the best quarterback in the game, Tom Brady. Peyton is definitely among those considered highly prolific in their career. Some would argue that he is the greatest regular season quarterback in the game.

Being that good at quarterback for that long comes with the benefit of some great earnings along the way. With that in mind, some people are still shocked to find out that Peyton Manning has a net worth of $200 million. Actually, I am surprised that it is not higher.

Well, it is not enough for fans and readers to know the net worth of celebrities, we want to know just how they accumulated that wealth, It is no different for fans of Manning. So, let’s take a quick look at how Peyton got to the $200 million mark. Obviously, we know that a substantial amount of that net worth comes from his earnings in the NFL. It is estimated that Manning over $400 million over the course of his illustrious career in the NFL, with the predominant amount of that career being spent with the Indianapolis Colts.

Out of that $400 million he earned over the course of his career, a substantial amount of that was spent sustaining his lifestyle and supporting his favorite charities. Another earning mechanism that contributed significantly to Peyton’s wealth is his endorsement contracts. He had a longstanding contract with Nike. Other brands that he endorsed over his career include Direct TV, Papa John’s International, Buick, Fanatics, and Nationwide. It is believed that Peyton earned an additional $100 million from these endorsement deals alone.

At the time he retired, Peyton Manning was the highest NFL earner in the history of the league; however, what he earned pales in comparison to superstars in other sports. For instance, Alex Rodriguez of Major League Baseball has inked two separate contracts that both exceed the amount that Peyton earned in his entire career. There a few players in the NBA who have outearned Peyton, including Kobe Bryant and Kevin Garnett.

As brutal as football is, it still amazes me how little the league pays its players. The problem is not only the low pay but the manner in which the contracts are structured. Leagues like the NBA and MLB create guaranteed contracts, where very little of the money on the contract is guaranteed in the NFL. This means that if a player is injured and unable to pay, they are losing money. One of the greatest complaints by the NFL Players Association is contract structure and the lack of guaranteed money.

With all of this in mind, it makes what Peyton Manning has accomplished that much more extraordinary. It means that he was good enough to be paid a phenomenal salary and remained healthy enough to play out most of his contracts. Some experts believe that Manning’s net worth could be a lot higher if he was not so generous with his money. He has supported multitudinous charities over the years. It is not certain what Manning is doing currently, but it is likely that he has not chosen to sit idly by. His football career may be over, but he still has a lot to give to the world, and it is likely that he has not finished growing his net worth. Manning has presented himself as the consummate professional and his push for excellence will serve him well in his future endeavors in the business world. Who knows, it may even be possible for him to double his current net worth. Regardless to where Peyton Manning ends up in the area of net worth, the value that he brought to the game of football is immeasurable and that legacy will likely outlive what he has earned in the way of wealth. Most of the time in life, it is the things that can’t be measured that carry the greatest value, we will be attempting to quantify the impact of Peyton Manning on the world at large for years to come.