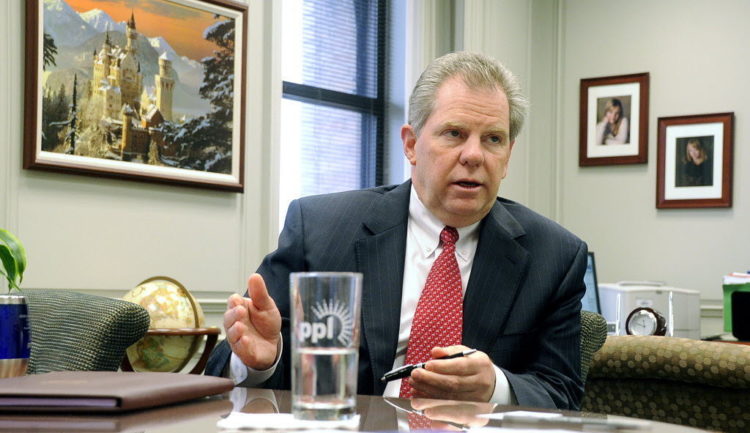 William H. Spence is both the CEO and the Chairman of PPL Corporation. For those who are curious, the PPL Corporation is an energy company that provides energy services to customers in both the United States and the United Kingdom, meaning that it has an international presence.

Spence went to Pennsylvania State University for the purpose of studying engineering. It is interesting to note that while the school started out as an agricultural college that made an effort to balance out its core curriculum with classical studies in the 1850s, it wasn’t too long before it saw the introduction of engineering studies in the 1880s. Due to this, Pennsylvania State University managed to pick up a reputation for engineering, not least because of the sheer number of engineering students who proceeded to flock there.

Subject-wise, Spence studied petroleum and natural gas engineering, which can be summed up as the part of the field that is focused on the economic production of hydrocarbons contained in the Earth. Like a lot of engineering branches, it can be divided into further sub-branches. For example, drilling engineering would be the sub-branch that is concerned with actually accessing the hydrocarbons via drilling operations. In contrast, reservoir engineering would be the sub-branch that is concerned with coming up with an estimate of the amount of hydrocarbons contained in underground reserves as well as coming up with the best plan for extracting as much as possible with as much convenience as possible.

Later, Spence went to Bentley College, which is a private university that can be found in Waltham, MA. Said school was founded as the Bentley School of Accounting and Finance, so it should come as no surprise to learn that those remain very important fields for the school in the present time in spite of its expansion since.

When he was at Bentley College, Spence studied business administration. Suffice to say that this was important preparation for his transition from being an engineer to being someone responsible for overseeing engineers as well as other employees at companies of considerable size. Besides his MBA from Bentley College, Spence has undergone other programs at both MIT and the University of Pennsylvania to further round out his competence for his career as an executive.

Besides his business roles, Spence is involved in other matters, with an excellent example being his membership in the Electricity Subsector Coordinating Council. For those who are curious, the Electricity Subsector Coordinating Council serves as a liaison between the federal government and the electrical power industry, which is very important because it is concerned with nothing less than the safety and security of critical electrical infrastructure. After all, a disruption of electrical power would have catastrophic consequences for a modern society, meaning that it is necessary for the relevant authorities to predict potential threats, counter them as much as possible within reason, and coordinate response efforts should they come to pass.

It is interesting to note that Spence is involved with various nonprofits as well. One excellent example would be the Delaware Museum of Natural History, where he serves as a trustee adviser. As for the institution, its name more or less states its purpose in concise terms, which is to say, it is a museum that exists to educate interested individuals about natural history. In particular, it is famous for its collection in relation to birds and seashells, which is one of the biggest that can be found in the whole of North America.

7. Runs a Company that Has Stated a Commitment to Sustainable Growth

One of the most common complaints about modern corporations is their focus on short-term gains even when that comes at the cost of long-term considerations. As a result, there are a lot of companies out there that have stated a commitment to sustainable growth, with PPL Corporation being one of them.

8. Runs a Company that Has Stated a Commitment to Sustainable Energy

Speaking of which, PPL Corporation’s commitment to sustainable growth is connected to its commitment to sustainable energy, which makes sense because sustainable energy is looking like it will become more and more important in the times to come. Naturally, this means that PPL Corporation publishes regular reports on its efforts in this regard, which might interest those who are curious whether it is actually living up to its stated intentions or not.

There are various subsidiaries that fall under PPL Corporation’s corporate umbrella. One of the best-known examples would be Western Power Distribution, which is the trade name for a number of electricity distribution companies that operate in the United Kingdom. To be exact, the electricity distribution companies operate in South Wales, South West England, East Midlands, and West Midlands. South Wales would be a part of Wales, whereas the other three names refer to three of the nine official regions of England.