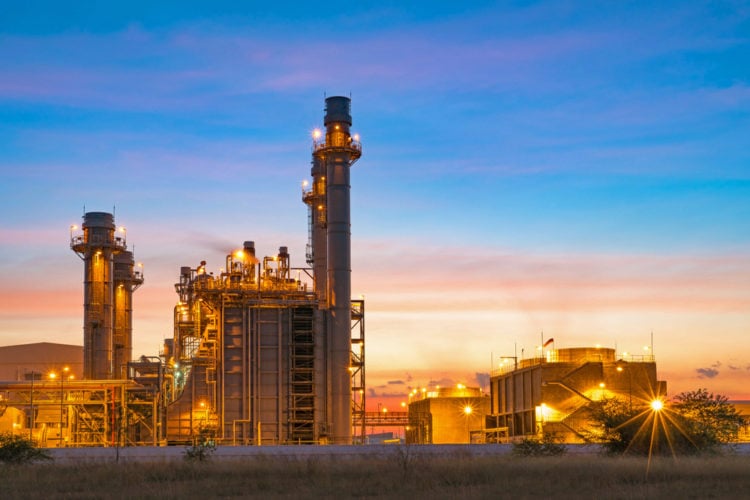 Oil has been a commodity that goes up and down with some degree of regularity. Have you ever wondered which company is the richest in the world? This may change from one year to the next as fortunes are made and lost as a part of the business of operation. One way to assess which company is the richest is to rank them by market cap and another by annual revenue. We’ve listed as many of the determinants of size as possible for each of the 20th richest oil companies in the world as of 2021.

According to Companies Market Cap, Hess Corporation is the 20th richest oil company in the world today. It’s headquartered in the United States, but it is involved with the exploration of oilfields throughout the world. Hess extracts refines and transports oil. In addition, it operates approximately 1,200 fuel stations within the U.S east coast.

Hong Kong and China Gas is a publicly traded company that specializes in the exploration, transport, and refinement of natural gas and oil. It is a Chinese company that is based in Hong Kong. It is the 18th richest oil company in the world for 2021. This company has seen its shares of ups and downs since 2002, but the past year has shown more upward spikes than downward trends.

Ecopetrol is the 17th largest oil company in the world for 2021. It is the 653rd most valuable company on the planet of all industries combined. The market cap is $30.50 billion with annual revenue of $14.25 billion. Ecopetrol is the new name of the former Empresa Colombiana de Petroleos S.A., translated as Colombian Petroleum Co. It is a state-owned company that was taken over in the 1970s and it is Colombia’s largest petroleum company.

According to Zippia, Equinator ASA is one of the 20 richest oil companies in the world. . The company is a Norwegian multinational energy company that is owned by the state of Morway. The operations of the business include exploration of oil as well as the refinement and distribution of petroleum products and petroleum derivatives. Equinator ASA manages a thriving renewable energy component in addition to oil. I have been in operation since 2007, then merged the gas and oil division of Norsk Hydro and Statoil with multiple offices scattered across Europe, the United States, and other countries.

Phillips 66 is the fourteenth richest oil company in the world for 2021. It is an American company that is also a multinational energy business. The headquarters for Phillips 66 is located in Westchase, Houston, Texas.

Petrobras is the 207th most valuable company in the world today, but it is the 13th richest oil company. It is a Brazilian multinational corporation. Its headquarters are in Rio de Janeiro, Brazil. It was allowed a legal monopoly within the industry in the country of Brazil.

Valero is an American company with its headquarters located in San Antonio, Texas. This company is actively engaged in the manufacture, marketing, and sale of fuels for the transportation industry. It also manufactures and sells other petrochemical-based products. Valero owns and operates refineries throughout Canada, Wales, and the United States. It is also engaged in the production of ethanol and energy generated from wind farm technology.

The Kuwait Petroleum Corporation is headquartered in Kuwait City, Kuwait. The market cap is $87.78 billion with annual revenue of $79.45 billion. This is a fully integrated oil company that actively engages in the exploration of oil/petroleum, as well as the refining of petroleum, its marketing, and the transportation of petroleum and its products. Impressively the corporation produces four million crude oil barrels daily. It provides seven percent of the energy supply for the world.

Marathon Petroleum Corporation is an American-based company with its headquarters in Findlay, Ohio. This company operates mostly in the United States through its owned and leased petroleum pipelines. It also actively engages in refining petroleum products, transporting them, supplying its customers, and selling its products throughout the world.

Gazprom is a partially state-owned energy company that has its headquarters in Saint Petersburg, Russia. It is the seventh richest oil company in the world as of June 2021. This enterprise has been in operation since 1989. It is involved with the reproduction of gas and oil. It is actively engaged in all aspects of the gas and oil industries from exploration to refinement, marketing, transporting, and distribution.

The Chevron Corporation is an American oil company based in San Ramon, California. Chevron is a multinational energy corporation that is actively involved with all aspects of the oil as well as the gas industry. It is engaged in the exploration, to find new oil sources, and for refinement of the oil that is extracted. it also markets and distributes the oil, gas, and petroleum products that it manufactures. The Chevron Corporation operates more than 11,000 natural gas and oil wells throughout the Permian Basin. It is the region’s fourth-largest producer.

Total SE is an energy company that is actively engaged in the production of crude oil, natural gas, and electricity that is low-carbon. The company actively explores the world for these precious resources and brings them to its facilities to refine petrochemical products including chemical fertilizers, rubber goods, lubricants, and more. It sells its energy products throughout the world. This company has its headquarters in the country of France, but it operates gas service stations throughout North America, Africa, and Europe.

The Exxon Mobil Corporation is one of the largest oil companies in the world for 2021. It was formed when Mobil and Exxon, both originating with Standard Oil, merged in 1999. Exxon Mobil produces two percent of the total energy it sells through four divisions of the corporation along with three percent of the world’s supply of oil. Exxon Mobil’s upstream operation comprises its active oil exploration, along with the extraction practices and the shipping of products. This is the division that brings in seventy percent of the total revenues for the corporation. It has giant landholdings throughout the United States, Germany, and the Netherlands with millions of acres in each country. Each day Exxon Mobil produces an average of 4.32 billion barrels of oil. Its midstream division accounts for the pipelines it uses to transport produced materials. The downstream division is the marketing segment through which it sells three major brands including Esso, Mobil, and Exxon. Exxon Mobil produces petrochemicals in products including adhesive resins, butyl rubber, plasticizers, and elastomers. It also owns and operates gas service stations in the United States and under the brand name Esso in other parts of the world. Exxon Mobil is currently pursuing clean energy resources in a new division that makes use of biofuels made of algae, as well as biodiesel and carbonate fuel cells. Exxon Mobile is making plans for another expansion into the new emerging clean energy industry.

BP PLC is a British fuel company. It is the largest oil company within the United Kingdom. BP is currently active in exploration for petroleum resources a well as in the production of petrochemicals and oil products. It manufactures a variety of petroleum products including terephthalic acid, polyethylene, and ethylene. BP is also engaged in the production and sales of solar energy. The company is making big investments in this division of its business and it is expanding into the clean energy territory rapidly these days.

Royal Dutch Shell PLC is a Dutch oil company that has its headquarters located in The Hague, Netherlands. This company is the fourth richest oil company in the world today with annual revenue of $263 billion. Royal Dutch Shell PLCC is actively engaged in the exploration of petroleum as well as the refinement of oil and the production of petroleum products. This company owns several companies that function as subsidiaries. RDS operates more than 44,000 service stations throughout the world. It also manufactures a variety of different types of fuels and lubricants as well as other products with petrochemical bases.

Saudi Arabian Oil Co is headquartered in Dharan, Saudi Arabia. This company is more commonly called Saudi Aramco. It recently went public and the success of its initial public offering pushed it to become the world’s largest market cap oil company in 2019. The main focus of Saudi Aramco’s business is in the refinement and production of crude oil. It is also active in various other aspects of the petroleum industry including manufacturing other oil derivatives and petrochemicals.

PetroChina Co.Ltd is a Chinese oil company that is the second richest in the world. The company is headquartered in Beijing, China. PetroChina is a branch of the China National Petroleum Corporation, which is far larger and the next company we will address on our list. PetroChina actively engages in the exploration of petroleum. Remarkably, it has discovered more than 358 billion tons of oil in the Ordos Basin with a later discovery of 740,971 million cubic meters of shale gas in another location. PetroChina is engaged in the production of crude oil, oil derivatives, and a variety of different petrochemical products. There are more than 500,000 workers employed at PetroChina Co Ltd.

China Petroleum and Chemical Corporation is the richest oil company in the world for 2021. Its headquarters are located in Beijing, China. This company is also called Sinopec. It is actively engaged in the exploration of oil and natural gas. In addition to this, it is involved in the refinement of both resources. It is also involved with the production and well distribution of petroleum and petrochemical-based products. China Petroleum and Chemical Corporation sells adhesive resins, synthetic rubber, jet fuel, diesel, kerosene, and gasoline. It is so far ahead of the other companies on this list that it will likely remain in the top position in the years to come.