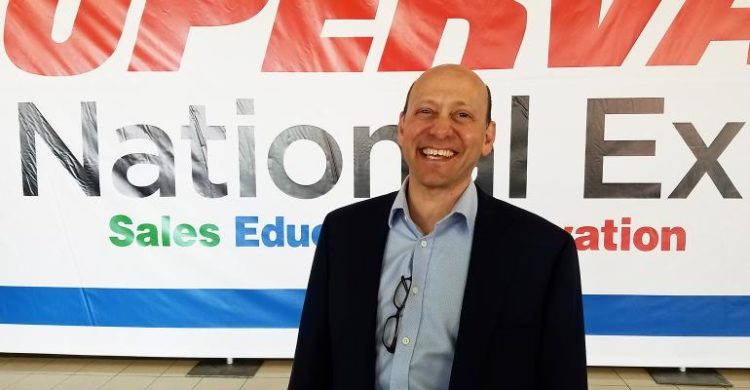 Have you ever heard of a company called SuperValu? What about its chief executive officer, Mark Gross? You might have never heard these names, but you have probably shopped in at least one of the grocery stores that is involved under the SuperValu umbrella. If you want to know more about Gross himself, read through these 10 points listed below.

1. He is well known in the industry when it comes to mergers and acquisitions

He has a reputation for being very good at acquiring other businesses. As a matter of fact, this is something that he has done throughout his career, not just with SuperValu.

2. He was basically handpicked for the job because of his history

In reality, SuperValu chose him because of his history with mergers and acquisitions. They wanted someone that would be able to do these types of things for them so they went searching for him a couple of years ago.

3. SuperValu was looking for a certain deal when they hired him and because of him, they got it

When they decided they wanted to hire him, it was because they had a specific deal in mind and they felt that he could make that deal happen faster and more effectively than anyone else. That’s why they decided to recruit him in the first place.

4. After that, he completed not one but two more mergers and acquisitions

He did get the deal done for them and after that, he acquired not one, but two more businesses that he added to the SuperValu roster. As a matter of fact, he basically went from one merger and acquisition deal to the next, completing them all in record time.

5. It was recently announced that he will be stepping down as CEO

Even though he accomplished what they hired him for, him eventually reached a deal with the board of directors at SuperValu that once the final merger and acquisition was complete, he would step down and move on to employment with another organization. This is because the company’s value was in a sharp decline and they were unhappy with that situation.

6. He even signed a contract that says he won’t get involved in the same business for two years

He was also forced to sign a contract saying that he wouldn’t go to any competing businesses in the same genre for at least two years. This was done because SuperValu wanted to give themselves some time to grow without having to worry about him going to work for a competing company and acquiring everything that they had just gotten their hands on.

7. Many people think that he focuses too much on acquiring other businesses

He has a reputation for being almost solely focused on acquiring other businesses. However, it’s somewhat interesting that the company hired him for this specific purpose and then ended up asking him to leave for the exact same reason.

Like most CEOs, he works all the time. There’s scarcely a time when he isn’t either in the office, in a meeting, or on an airplane en route to another meeting. He admits himself that he doesn’t have much of a personal life and that he has made the conscious decision for the majority of his adult life to focus on work more than anything else. He’s clearly very good at it and as far as some people are concerned, maybe he’s a little too good at certain aspects of his job.

Obviously, he drives a very tough bargain but he’s known for getting whatever he decides to go after. As far as many people in the business industry are concerned, once he sets his sights on acquiring a particular company, it’s almost a done deal long before any papers are even signed because he rarely fails to get what he wants. This is the very thing that has helped him achieve something of a legendary status in the business world, yet it has also labeled him in certain aspects. As previously mentioned, he is the go-to guy when a company wants to get a deal accomplished but that reputation often comes back to haunt him once the deal has been secured.

United Natural Foods Inc. has named Sean Griffin, currently its chief operating officer, as the new CEO of Supervalu Inc. He’ll take over from Mark Gross, who will depart after UNFI completes its buyout of the Eden Prairie, Minn.-based grocery company.