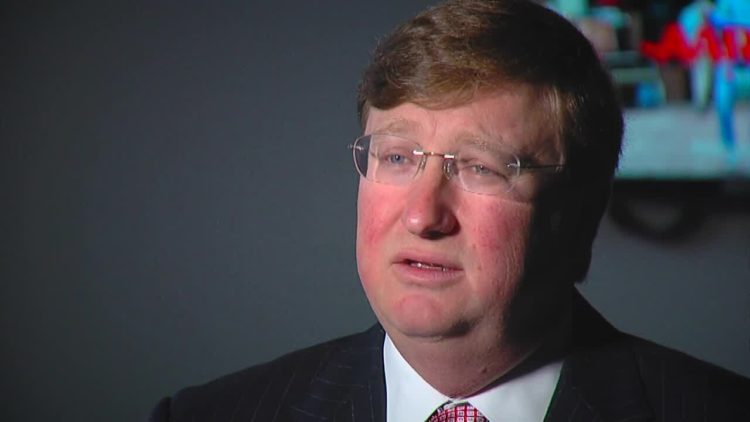 Tate Reeves is the current Governor of Mississippi. He has been in his position since January 14 of 2020, but he has also been involved in the state’s politics for a much longer period of time before that. In recent times, Reeves has become the subject of increased interest because he is one of the governors who has become notable because of the current COVID-19 crisis.

1. Born and Raised in Florence, MS

Tate Reeves was both born and raised in a town called Florence that can be found in Rankin County, MI. It is interesting to note that the entire county fall within the boundaries of the Jackson Metropolitan Statistical Area, which extends to cover four other counties as well.

Education-wise, Reeves studied economics at Millsaps College. The school is named for a Confederate veteran named Major Reuben Webster Millsaps, who was the one who donated the land as well as the $50,000 needed to get the school off of the ground. Besides that, it is interesting to note that Millsaps College is affiliated with the United Methodist Church, though its curriculum is very much secular in nature.

During this time, Reeves was a member of the fraternity called Kappa Alpha Order, which is something that has been mentioned in the news in much more recent times than what most interested individuals might expect. This is because Kappa Alpha Order has been accused of racist behavior on multiple occasions. For example, there was the time when the University of Virginia chapter plus their Zeta Psi counterparts held a Halloween party at which multiple guests were photographed in blackface in November of 2002. Likewise, there was the time when the Tulane University chapter built a sandbag wall with spray-painted slogans supportive of the Trump administration’s U.S.-Mexico border wall in April of 2016. As such, Reeves’s status as a one-time member of Kappa Alpha Order has caused numerous people to see his choices in a particular light.

Reeves is a CFA. For those who are unfamiliar, CFA stands for Chartered Financial Analyst, which is a post-graduation professional qualification overseen by the CFA Institute. It is respected in the field of finance, not least because of its widespread recognition on the international level.

5. Elected Twice to the Position of State Treasurer

In 2003, Reeves ran for the position of state treasurer. He started out by beating both a state representative and an ex-transportation commissioner to secure the Republican nomination before proceeding to beat the Democratic nominee. Later, Reeves ran for a second term in which he had no Republican opposition, thus making for an even smoother victory over his Democratic opponent.

6. Elected Twice to the Position of Lieutenant Governor

Later, Reeves managed to be elected to the position of lieutenant governor for two terms, thus resulting in him holding the position from 2012 to 2020. Mississippi’s version is supposed to be more powerful when compared to its counterparts in a lot of other states. For instance, it has the power to name not just members but also both chairmen and vice-chairmen to the various state senate committees without regard to the power of the parties in said chamber. Otherwise, it has a lot of other powers that are very similar to those of its counterparts, with an excellent example being how the lieutenant governor is the one who assumes the office of the governor should said individual either die, resign, or is removed from the office.

A lot of people think that Reeves was late to issue an executive order regarding the current COVID-19 crisis. This is supported by how a number of mayors in the state of Mississippi put their own protective restrictions in place before Reeves’s own executive order came in. Unfortunately, that created a considerable amount of confusion among not just the state’s residents but also the officials elected by the state’s residents because it was unclear how the situation should be resolved should local requirements come into conflict with state requirements.

8. Considered Most Businesses to Be Essential

9. His State Is Vulnerable

Having said that, Mississippi is particularly concerning because it is very vulnerable to COVID-19. For starters, its population is either at the top or very close to being at the top in the United States for a wide range of underlying conditions that include but are not limited to asthma, diabetes, and cardiovascular disease. Furthermore, the state’s refusal to accept the additional Medicaid funding from the Affordable Care Act has not helped its already problematic healthcare system, as shown by how most of the counties have no I.C.U. beds at all. Even worse, a lot of the state’s hospitals are actually in very bad financial shape because of their coverage of uncompensated costs. Something that can be explained by how a lot of their patients delay getting treatment as long as possible because they are uninsured, thus resulting in them winding up in the emergency room.

Reeves resisted issuing the executive order for some time. Apparently, this was because he rejected “dictatorship models like China,” which is a reference to said country’s lockdown efforts that started up around the Chinese New Year.