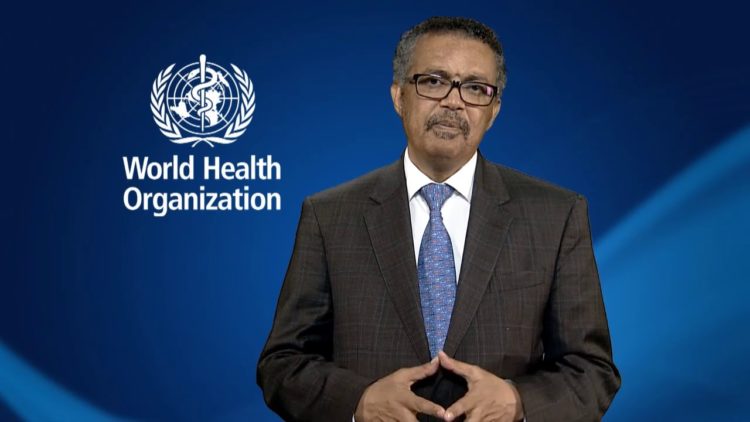 Tedros Adhanom Ghebreyesus, also known simply as Tedros Adhanom is the Director-General for the World Health Organization. He leads the largest single international public health and safety organization in the world. Mr. Adhanom has been at this post since he assumed office in 2017. Many of us have heard him pleading with the masses around the world to stay at home and practice social distancing in these uncertain times of the COVID-19 pandemic. Here are 10 things that most people don’t know about Tedros Adhanom.

The director-general of the World Health Organization was born on March 3, 1965. He recently turned 55 years old. He was born in Asmara, Eritrea. His family comes from the province of Tigray which was a region that was beleaguered by disease, suffering and frequent deaths from malaria infections. During his childhood, he was aware of the health conditions for which there were cures, somewhere out there in the world, making this suffering and sickness something for which there was a solution. It was just not available to many of the people there.

Tedros was inspired to do something about the conditions that he saw with public health as a child. He is the kind of person who sees a problem then takes action. He attended the University of Asmara where he earned his bachelor of science degree in 1986. After graduating, he became a junior health expert at the Ministry of Health of the Derg.

3. Tedros is an expert in immunology and infectious diseases

Adhanom went back to the university after the fall of Mengistu Haile Mariam to earn his MSc in immunology and infectious diseases. He enrolled at the University of London School of Hygiene & Tropical Medicine. He then attended the University of Nottingham where he earned his Ph.D. in community health. This effort would help him to better help with the Malaria epidemic plaguing the Tigray area of Ethiopia. He investigated the effects that the dams had on the transmission of the disease.

4. Tedros went back home to help

The year after Tedros completed his P.h.D. he returned to his hometown, rolled up his sleeves and got to work. He was made the head of the Tigray Regional Health Bureau in 2001. During his tenure, the bureau was instrumental in reducing the number of meningitis cases by 68.5% and the number of AIDS diagnoses by 22.3%.

5. He led a technology revolution in his home province

In addition to reducing the percentages of infectious diseases, Tedros implemented a new technology system that gave clinics and hospitals in the region connectivity to the internet. He ensured that computers were installed at most of the health care facilities and then he increased the number of healthcare workers by 50%. Immunizations for children under one year increased to 74% and measles immunizations for all children reached a high of 98% so nearly all kids were given this defense against disease.

6. Tedros has a strong background for his current position

Adhanom is one of the most qualified people in the world for his current post as director-general of the World Health Organization. Prior to his appointment in 2017, he served at lower levels as a junior health expert and he worked his way up through the ranks, continually educating himself and immersing himself in the heart of the problem areas, finding solutions. He served as the Minister of Health for the Government of Ethiopia from 2005 through 2012. He has made substantial progress in researching malaria and implementing innovative systems to reduce the spread of disease while making reforms in the health care system in his home country. He has gone to the heart of the issues in the fight to improve public health. Thanks to his efforts, infant mortality rates dropped along with the percentages for infectious disease diagnoses.

7. He is facing harsh criticism

Adhanom’s handling of the Coronavirus pandemic is coming under scrutiny and he is receiving harsh criticism from critics who believe he did not act responsibly when it could have made a big difference. There is a belief that Tedros politicized the event when it first broke out in China and he glossed over China’s deception about the epidemic in their country, even praising them for their handling of the situation. Some are calling for him to be held accountable for turning a blind eye to what they claim was Chinese deception and they also believe that Xi Jinping of China is equally responsible.

8. Tedros played down the crisis when Trump closed U.S. Borders

When President Trump issued a travel ban on January 31, Tedros stated that these types of restrictions were not necessary. He shared concerns for the effect that it would have on transportation and trade, and he advised other countries of the world to not take the same measures that were taken by President Trump’s administration.

9. Tedros Adhanom is recognized as a humanitarian

In 2016, Tedros Adhanom became the recipient of the Decoration of the Order of the Serbian Flag for his humanitarian efforts. In 2011, he received the Jimmy and Rosalynn Carter Humanitarian Award in honor of the many contributions that he has made throughout his career for the improvement of public health throughout the world.

10. Adhanom’s popularity is a mixed bag

The handling of the COVID-19 crisis has not done much to enhance public confidence in Tedros Adhanom’s decision-making abilities since there was an obvious downplay of the seriousness of the situation as it began to emerge. Although this could be viewed as a serious dereliction of duties that appear to be political in nature, it’s difficult to make a certain judgment without all the facts. When we look back over all the good that he has done to improve the health of the people of the world and weigh it against the current accusations, there is one reasonable conclusion we can draw. He is a human being and we all make mistakes, but he is in a position that demands that he forego the luxury of being human when the health of the world depends upon his advisement.

The 20 Best Things to do in Cape Coral, FL

Cognac vs. Brandy: What are the Differences?