Home
Watches
The Tudor Black Bay Bronze: They Did it Again 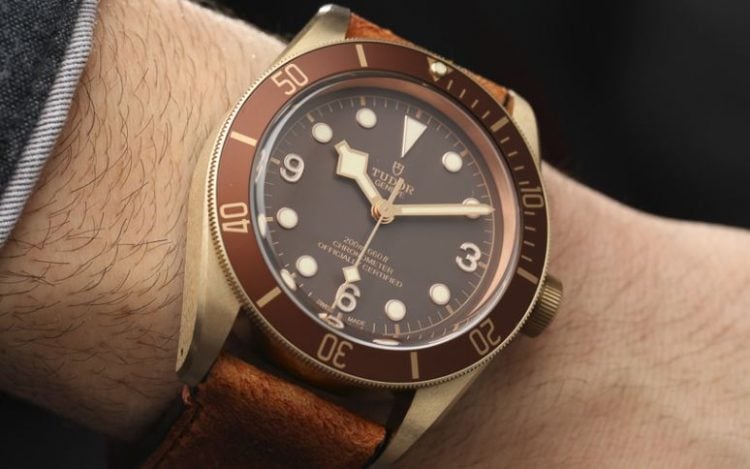 Tudor has established their reputation as fine high end watch makers for the simplicity of their design combined with the complexity of the movements. The company enjoys a rich history of creating some of the most cherished and desired divers’ watches since 1954. They launched this line with reference 7922. They’ve come a long way since their first divers’ watch. Their newest addition to the line is a masterpiece that follows the same lines with all of the function and charm and a vintage quality that is reminiscent of the 7922 designed by Louis Sullivan, American architect from the 1950s.

In addition to aesthetics, the watch offers practical functionality as a divers’ watch. It is inspired by the original design which was embraced by navy and military operations across the globe. The Black Bay Bronze is the name of this new addition to the Tudor family of wrist watches.

Similar but not carbon copies

The new Black Bay Bronze definitely follows with the same lines as the original but the Tudor company had the foresight to make a few needed improvements in this non-replica. We’re not looking at a reboot or replica watch here, it is going to make a name for itself in the Tudor line of fine watches. While it may be quite similar in appearance, there are noticeable differences. The new watch has been released and it is now available for purchase.

Tudor had the inspiration to craft the Black Bay with the use of Bronze for the metal. One rationale follows the logic that bronze is used as a material for propellers and divers’ helmets. Bronze is a hard metal that is superior in resistance to corrosion than stainless steel. Tudor has been turning out some very unique editions of the Black Bay in the past few years and their new focus for aesthetic has been capturing a lot of attention. You’ll be able to find the Tudor Black Bay with a red bezel; a burgundy bezel; a blue bezel and a black bezel. 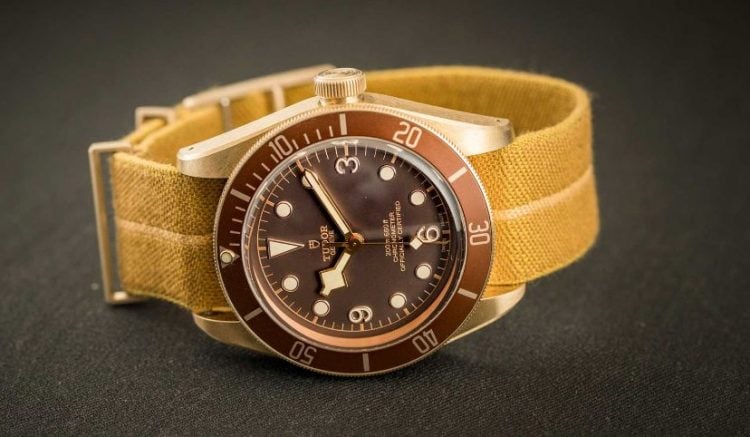 The Black Bay Bronze is much like the other versions featuring a large crown, snowflake hands, and a clear cut and clean design. The major difference is that the case is crafted of brushed aluminum bronze alloy and it features a bezel and dial which are both a brown hue. The hands are gold in color and the three, six and nine numerals have been added to this version. This one features drilled lugs whereas the others do not.

The movement is also a departure from the other Black Bays. It is the version which features the use of Tudor’s in-house movement. They saw fit to use the caliber MT5601.

The diameter of the Black Bay Bronze is a little bigger and while previous Black Bays were 41mm, this edition is 43mm. The size is the most noticeable when you compare them side by side, but it doesn’t appear to be terribly over sided when worn. The movement is self winding for matters of practicality. The winding crown has taken its inspiration from the 7924 and provides the “big crown” aesthetic. It features the engraved Tudor Rose. 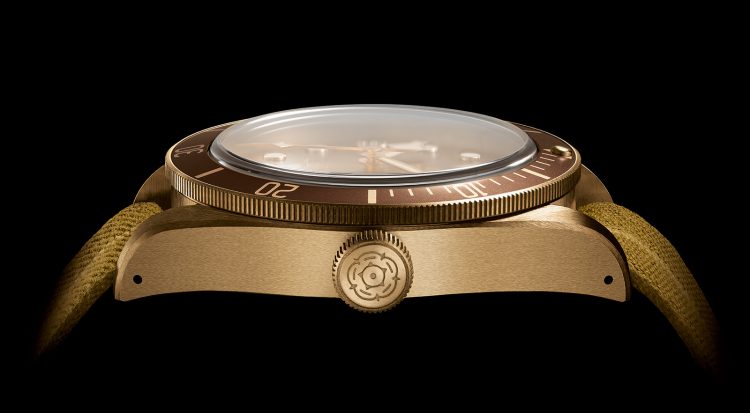 The dial is domes and the angular shaped snowflake hands are inspired by the 1970s Tudors which were popular with the French Navy during this era. It comes with a domed sapphire crystal.

The watch comes in the distressed leather strap style and the fabric strap is also included in the box. The case is bronze with bronze colored PVD treated steel backing for the case in a satin finish. The bezel features a unidirectional rotatable bezel in bronze with anodized aluminum in a matte brown finish.

In the traditional of high performing divers’ watches, the Black Bay is waterproof up to six hundred and sixty feet (two hundred meters).

The Black Bay Bronze is being offered with your choice of two strap designs. The first is a distressed leather which has an appealing masculine appearance. The second is a fabric strap. Each of the strap designs feature a bronze buckle which ties in very nicely with the overall character of the case. 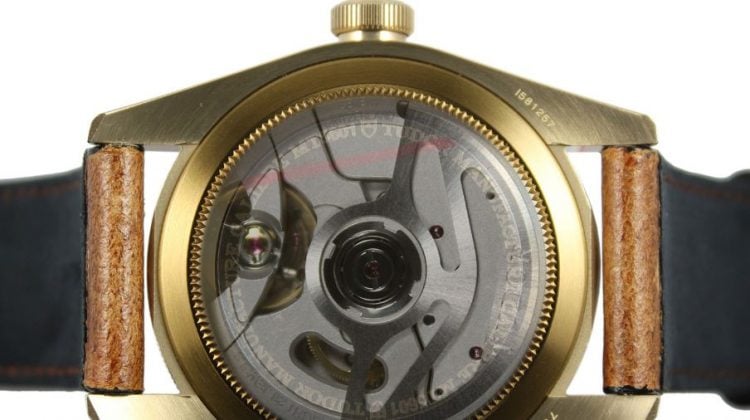 In addition to the waterproofing, the Black Bay Bronze displays hours, minutes and seconds with reliability. High quality materials and craftsmanship ensure that this edition will provide the owner with a durable time piece that delivers a dependable rendering of the time. It is resistant to the effects of water and corrosion.

The Tudor Black Bay Bronze is a new edition, however, Tudor has taken great care to include historical elements in the design to ensure that there are familiarities which have been endearing to watch enthusiasts. The bronze material was intended as an allusion to historical ships and the diving equipment that was used during the era of the first Tudor divers’ watches.

One would expect the price tag to be much higher, but the company is offering their latest edition for the cost of just $3,975. This is a bit surprising because the watch does feature the Tudor in house movement and a bronze case along with the Tudor trademark.

Tudor has done it again and the Black Bay Bronze is a beauty that could very easily become the new favorite of watch enthusiasts who follow this brand. In addition to offering solid and durable performance, it is among the most attractive watches for those who prefer the masculine look. It combines just enough historical elements to tie this edition in with its predecessors and to give it charm and personality.

The new design infusions are perfect for allowing this watch to branch out and develop its’ own distinct elegance and personality. The Tudor Black Bay Bronze is a refreshing approach to resurrecting the past without initiating a reboot of some former glory. It is distinctly individual and we believe that it is destined to become another favorite for many watch collectors in the years to come.

The History of and Story Behind Whataburger Logo

The History and Story Behind the Sherwin Williams Logo

How Should You Diversify Your Bonds?

The Pros and Cons of Debt Restructuring

The 20 Best Things to Do in College Station, TX

The Traveler’s Guide to Hiking in Taipei

The Five Best Coolants to Use on Your BMW

How to Find the Best Lease Deals for a BMW

How Much Does a Patek Philippe Watchmaker Earn?

How Chuck Lorre Achieved a Net Worth of $600 Million