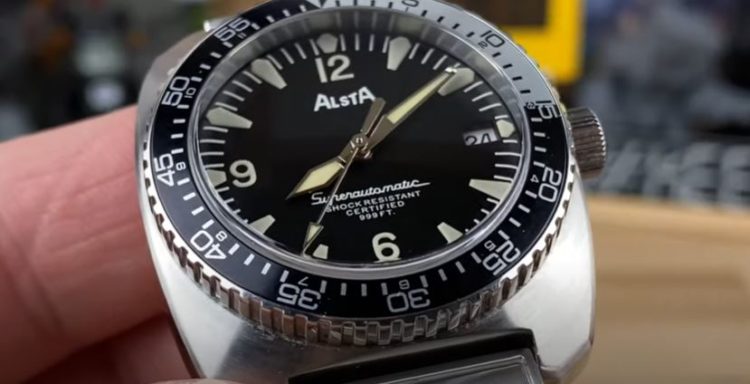 Alsta is a small Swiss watchmaking company that we haven’t heard much about in recent years. If you were a fan of the “Jaws” franchise with Roy Schieder and Richard Dreyfuss, the film featured an Alta timepiece on the wrist of Dreyfuss during the film. The Alsta Nautoscaph II was the diver that he wore in one of the best films of the year. A few years later the luxury watch company went out of business, still relatively unknown and sliding into the hidden recesses of watchmaking history. A Scotsman named Angus MacFadyen bought the rights to the company and resurrected the brand in 2014. Just three years later, it produced the Alsta Nautoscaph II.

A new audience for the resurrected brand

Hodinkee reminds us that things change over time. The new owner of the house of Alsta has turned the ship that produced the barely recognized diver in a different direction. Transportation is still to the fore, but a different kind. The new line of Alsta Nautoscaph II watches brings it to land where it has become a fascination of motorcycle riders. The brand has collaborated with the moto enthusiast and Beyond The Dial blog owner Allen Farmelo to design a version called the Alsta Motoscaphe 120. The one-time diver watch producing company has flipped a U-turn and designs their watches with a land-based theme, foregoing the previous nautical theme.

The Alsta Nautoscaph II with its Alsta Motoscaph 120 version is a simple timepiece that provides the practical function of telling time. The design team has infused a variety of useful functions with a classic aesthetic featuring three-handed time-telling with course, minutes, and seconds. The piece is made to accommodate the requirements and desires of motorcycle riders who also have a penchant for high-quality wristwatches. It’s made to be shock-resistant with a sporty aesthetic but there’s something special about the history of the brand. It started with its flagship model in a box office success, but not many people were informed or seemed to care at the time. Maybe Alsta will do better keeping their feet firmly planted on land.

An updated version of the Nautoscaph II

The motorcycle variant of the watch maintains the DNA of the Nautoscaph II with a few additional features and modern twists added. Although it has a separate personality, the Motoscaphe 120, it’s still a variant of the Nautoscaph II. The purpose build design has not changed even though ownership of the company has. They saw fit to address an issue common for bike riders. The crown tends to dig into the wrist when riding with traditional watches. The designers at Alsta changed the orientation of the crown for the Motoscaphe version. They implemented a destro styling. It moves the crown into a different position. This change has made it more comfortable to wear. It was a utilitarian and practical decision.

Alsta provides us with an overview of the remastered version released in 2017. It received a few upgrades with testing to confirm that it is anti-magnetic, shock-resistant, and water-resistant. The Nautoscaph has been released in a limited edition of 300 pieces. The Motoscaphe version is unlimited in production.

The case is made of premium 316L stainless steel with a satin finish and polished edges. It measures 40mm in width and a crown diameter of 6.5 mm with screw-in styling with cross-hatch engraving. The case back is made of the same stainless steel material with engraving. The dial is black with applied plots treated with Super LumiNova for legibility in all lighting conditions. The hands are sword-shaped with SuperLumiNova treatment. The dial is protected with a hardened mineral crystal glass. This watch is powered by a caliber NH35A movement with 24 jewels. The functions are hours, minutes, seconds, and date.

Other features of the Nautoscaph II

This watch is water-resistant up to 999 feet, in the tradition of a true diver. Shock resistance is to ISO 1413 standard with anti-magnetic to a field strength of 4,800 A/m with ISO 764 compliance. The bracelet is a mesh style with a signed clasp in 316L grade stainless steel with spring-loaded stainless steel strap bars.

The Motoscaphe version features a case that measures 40mm in width and 16 mm in depth with a circular brushed finish. It also has a black 12-hour aluminum bezel insert. The dial is pitch black with white-colored hour markers that glow blue with the SuperLuminova treatment in the shape of shark’s teeth. It’s protected with a scratch-resistant sapphire crystal. The hands of the dial retain the same sword and dagger shape. The theme of the dial is red and black, unlike the limited edition Nutoscaph II. The back of the case is engraved the victory wreath and Ethos of Beyond The Dial with a nod to its collaborator. The movement is an automatic winding Seiko NH35 mechanical. There is no date aperture and the Super LumiNova is blue. The bezel is a custom-tuned bi-directional ratchet style for tracking elapsed hours and minutes. A second-time zone is also available for travelers. The crystal is domed and treated with an anti-reflective coating. The strap is made of thick leather in a rally styling with perforations to enhance airflow during the ride.

The Nautoscaph II made a comeback in 2017 and it’s better than ever. While it retains the original merits of the original designs, plus a few upgrades, the marketing is perhaps stronger. This truly is an iconic timepiece that simply didn’t get the press that it deserved when the brand was struggling to stay in business. Now the brand that could have become famous for its part in the movie “Jaws,” is back and it’s producing the Nautoscaph II and taking the classic diver in some interesting directions. They’re still producing limited numbers of the original diver, but the brand has found a new audience with its Motoscaphe 120 variant which we must say is a remarkably utilitarian and attractive timepiece. 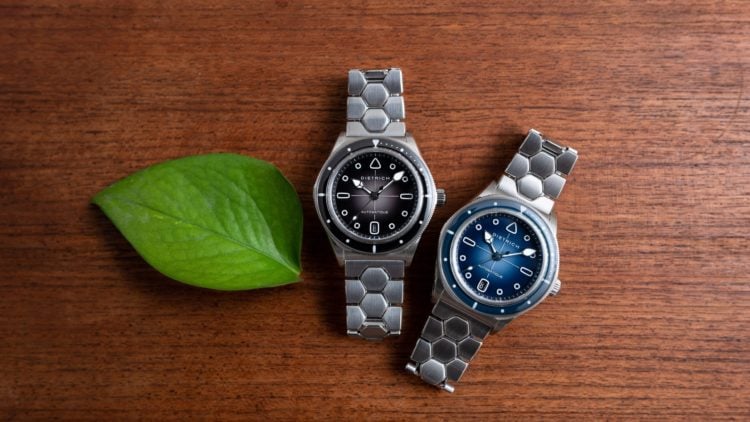 Dietrich is a watchmaker that was founded by Emmanuel Dietrich, its namesake. The peculiar thing about this particular artisan company is that the designs are not intended to appeal to everyone. Each model is unique… 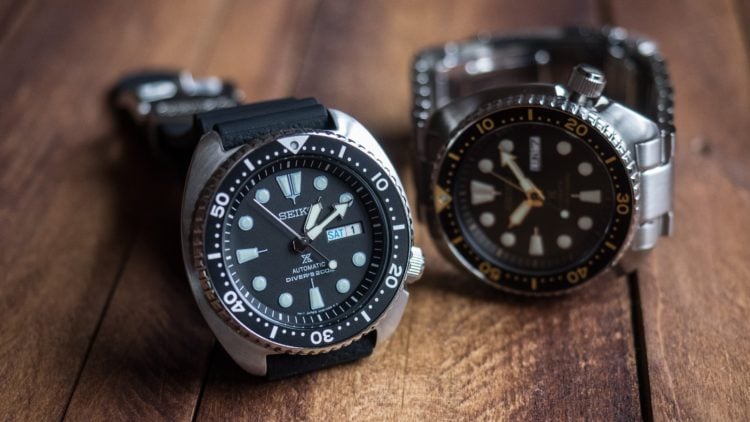 Seiko is a company that has been in the business of crafting timepieces for 130 years, and dive watches since the 1960s. While the quality brand has not received the attention that some of the… 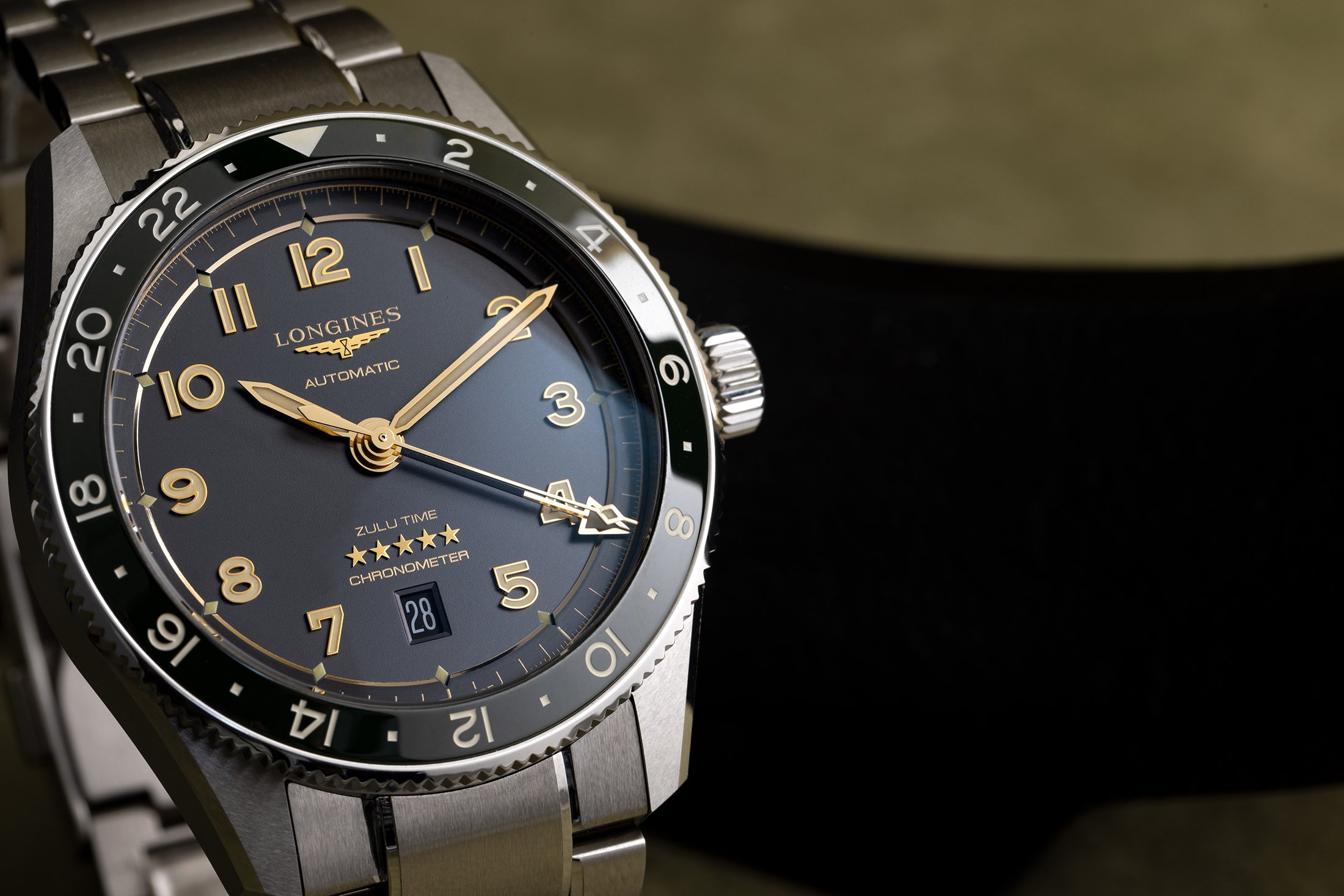 Longines is an established watch brand that has more than a century of experience designing watches featuring multiple time zones. They’ve been in business since 1908 producing multipurpose watches with instruments pilots, additional time zones… 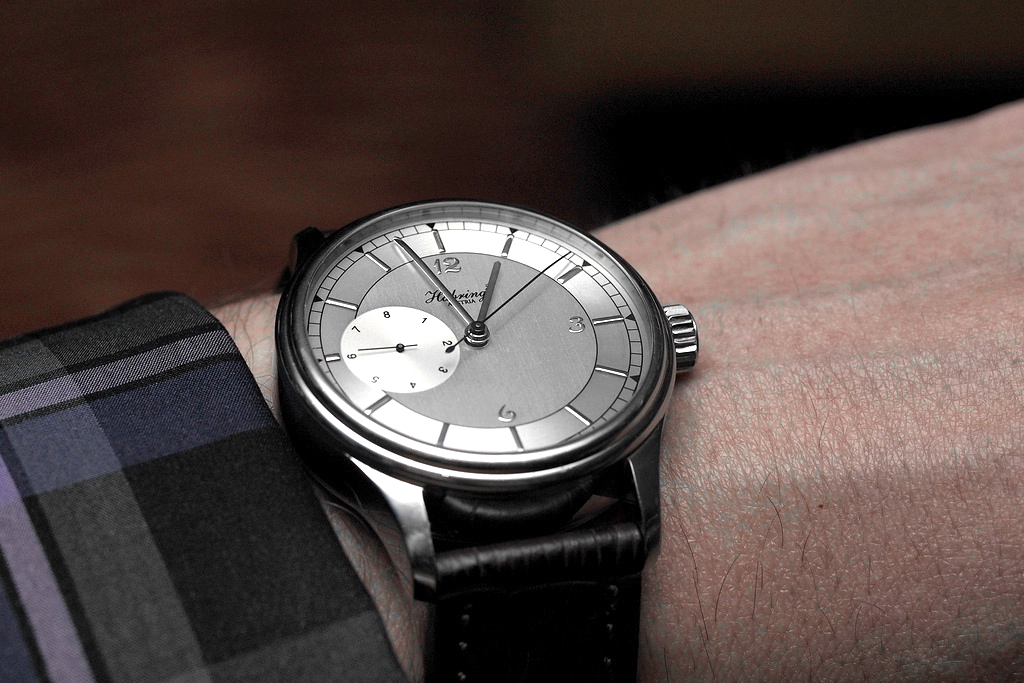 The brainchild of Richard and Maria, Habring is probably the smallest watch manufacturer in southern Austria. They are independent watchmakers who have taken the industry by storm since they started their operations back in 2014…. 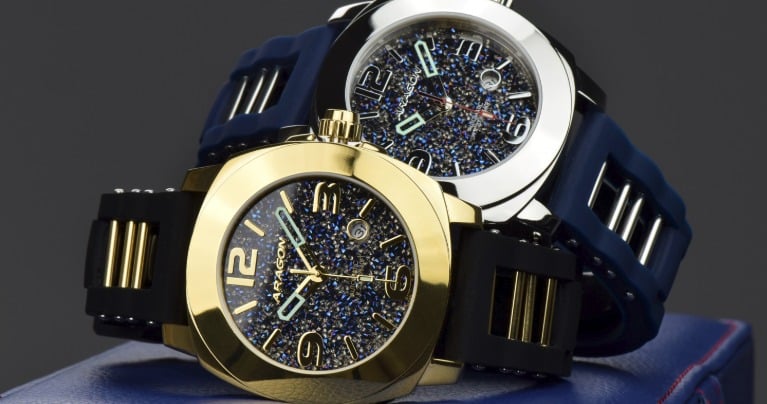 The Aragon watch company began in the Fall of 1991 under the name Android USA and just recently changed its brand name. The Florida based company embraces the motto “building into the future by respecting… 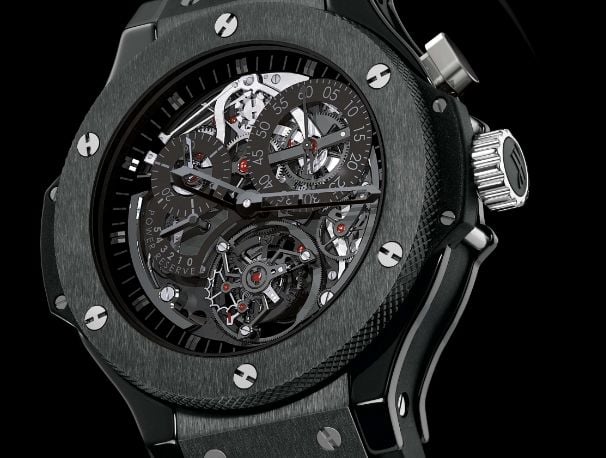 Hublot is a luxury watch manufacturing company that was founded by Carlo Crocco in 1976. Previously, Carlo Crocco had been part of Italy’s Binda Group dynasty before leaving to try his luck in the watch-…