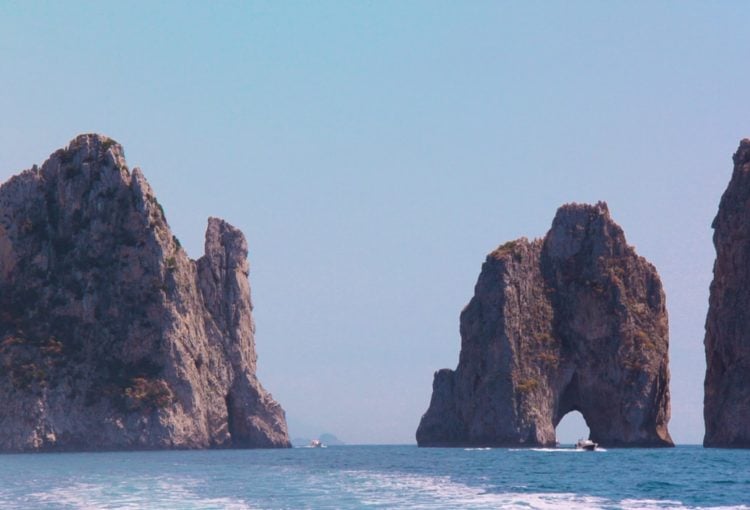 The southern coast of Italy features some of the most beautiful coastline in the world. The Amalfi Coast lies along the turquoise waters of the Mediterranean and Tyrrhenian Sea. Coastal towns are tucked into steep cliffs and mountain crags. With its beautiful views and Mediterranean climate the Almalfi Coast attracts the jet set. People are drawn to the historical buildings and ruins of the towns as well as their luxurious hotels and villas, quaint shops and unique boutiques.

Here are 5 Amalfi coast towns that you should explore.

Approaching Positano by sea is a sight to behold. The steep town rises from its gray pebbled beaches. Colorful villas dot its mountain greenery. Positano was built by the Ancient Romans and through much of its early history was under attack by Pisa, the Ottomans and a tsunami. Positano was fortified by large walls with dramatic watch towers. Once a major port city, Positano settled into a quaint fishing village. During the twentieth century, Positano became the destination of the jet set. Artists, intellectuals and celebrities flocked to the town creating a chic destination. Spiaggia Grande is the largest beach on the Amalfi Coast. From the beach you can see the Island of the Sirens, three islets located just off the coast.

After a relaxing morning on the beaches of Positano and a leisurely lunch at one of the town’s chic restaurants, visitors often trek up the mountain through winding paths and a series of steps. A visit to some of the town’s quaint shops is a must. The tiled dome of the Colligiate Church of Santa Maria Assenta is a beautiful basilica. The district of Nocelle is just under the summit. Once the area was only accessible by 1500 steps from the Arienzo beach but now it is accessible by winding paths. From the district’s main square there are breathtaking views of the Mediterranean Sea including the Island of Capri and the Faraglioni rocks. Above the nestled district of Nocelle is the summit, Montepertuso. Montepertuso features the waterfalls of the Oasis of Vallone Porto.

The village of Ravello is nestled in the mountains along the Amalfi Coast. The town has attracted musicians, artists and celebrities since the nineteenth century. The scenic village was built in the fifteenth century as a shelter from invading barbarians. It became an important Italian port city attracting the Mercantile nobility in the twelfth century. These patrons build luxurious villas and elaborate piazzas which can be explored today.

Ravello attracted German composer, Wilhelm Richard Wagner, who lived there and composed operas there during the mid-nineteenth century. Wagner’s opera Parsifal was performed at the Villa Rufolo in 1880. The Villa Rufolo was built on a mountain ledge by Nocola Rufolo in 1270. It features an amazing Gothic Cloister. Visitors to Ravello are drawn to the beautiful Duomo di Ravello cathedral and the San Giovanni del Toro church which was begun in the eleventh century. The Terrace of the Infinite is located at the Villa Cibrone. Prolific author Gore Vidal lived at La Rondinala until 2004. The majestic villa was built in 1930 on along a cliff face. Ravello boasts good restaurants and quaint boutiques. Each summer since 1953 the village hosts the Ravello Festival in honor of Wagner and the other musicians and artists who made Ravello their home.

The coastline of Sorrento is one of the most breathtaking in the world. The Amalfi coastal town is called the Land of Mermaids, Orange and Lemon Groves, and Colors. The Campanian city features steep sloping cliffs overlooking the majestic Bay of Naples. From the mountain cliffs views of Sorrento include Naples, the Isle of Capri and Mount Vesuvius. The town is the destination of celebrities and is famously home to Limoncello liqueur.

Narrow winding roads connect the town of Sorrento to the cliffs above the sea. Activities in the town include diving, fishing, cruising, hiking, shopping and dining. Luxury hotels are tucked into the steep cliffs of Sorrento. There is much to see and do in the quaint, chic Italian coastal village. Visitors should see the Cathedral of Sorrento Duomo, the Church of San Francesco and the Basilica of Sante’ Antonio. Old Sorrento has quaint narrow streets and alleys dotted with shops, trattoria and historical Roman buildings. It’s the perfect spot to sit and relax at a café. The Marina Grande and Marina Piccola feature quaint shops and restaurants along the waterfront. Sorrento is a great base to stay at when exploring the Amalfi Coast.

The romantic Amalfi town of Praiano is known for its friendliness and quiet. Located between Positano and Amalfi, Praiano is easily reachable by other Amalfi coastal towns. Once an important town for lace work, Praiano has existed as a small fishing village through much of its history. The doges of Amalfi came here to enjoy their summer homes. The name Praiano comes from the Latin root for “open sea”. The marinas look out to the beautiful waters of the Mediterranean. Nearby beaches are accessible by boat.

There are many historical buildings to explore in Praiano. The medieval Torrre a Mare still stands as it did when protecting the town from pirates. The Cathedral Saint Luke the Evangelist was built in 1588 and remodeled as a Byzantine church in 1772. The building features a flat bell tower with hand painted maiolica tiles. Monks built the hillside Saint Maria a Castro and it offers a serene sanctuary. Praiano has several quaint shops and cafés as well as authentic restaurants, luxury hotels and villas. The town is notable for its friendliness and cleanliness.

Furore is a little known village located on the scenic Amalfi Coast. Often overlooked, the town should be explored. Furore is called the Hidden Beauty of Neverland. The beautiful spot along the coast wasn’t even on the map until a few years ago. There are only 800 residents of Furore. No one is quite sure who founded the village, but it certainly is unique, beautiful and magical.

One of the most interesting features of Furore is the Borgo located on a fjord. It features clusters of old fisherman’s houses that cling to the rocky walls of the gorge. In order to draw visitors to the unique village, the mayor created the “Painted Village”. An international artist festival is held each September. Artists from around the world visit the city and create bright colored murals on the local buildings. Unlike other Italian cities, there is no main piazza with a central Church in Furore. There are several churches leading into the forests along the mountainside. Some of these churches feature some of the oldest and most beautiful frescoes in the world. The quite almost forgotten town of Furore is a must see when visiting the Amalfi Coast.