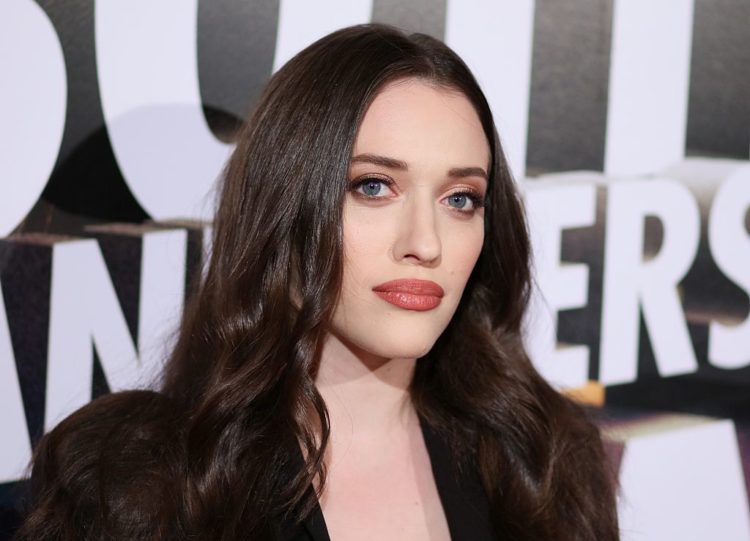 No, we haven’t broken into Kat Dennings’ bank account. And no, no one apart from Dennings and quite possibly her accountant knows exactly how much she’s got squired away in savings, property, or anything else. But thanks to sources such as Celebrity Net Worth, we’ve got a pretty good idea of just how much the actress is worth. And it’s a lot. By all accounts, the “2 Broke Girls” star is less broke and more minted these days. To find out exactly what she’s worth (and how she made it), read on.

How Much is Kat Dennings Worth?

Dennings started working at the age of 10. In Hollywood, child stars can go one of two ways. They can build on their early success and turn into well-rounded, seasoned performers, or they, and their careers, can go up in flames. Dennings lucked out. Or rather, she managed to avoid the temptations of Tinseltown and stay on the right side of the tracks. As a result, she’s worked consistently for almost 25 years, building a respectable career and a hefty fortune to boot. So, just how much is she worth? A cool $25 million.

As per Wikipedia, Dennings was born Katherine Victoria Litwack in Bryn Mawr, Pennsylvania in 1986. She, along with her 4 brothers and sisters, was homeschooled by her mom, Ellen, a poet and speech therapist, and her dad, Gerald, a molecular pharmacologist. By the time she hit her teens, she already had several acting jobs under her belt. Her first-ever TV appearance was in an ad for potato chips. Her first professional acting job, meanwhile, was as an obnoxious brat on HBO’s “Sex and the City.” Further success followed in the likes of “Raising Dad,” “The Scream Team,” and “Everwood.” After she graduated high school at the age of just 14, her parents realized they weren’t dealing with any ordinary child and decided to uproot to LA to help her pursue her acting career.

The Only Way is Up

With her new stage name of Dennings and a string of TV appearances behind her, Dennings spent her teenage years capitalizing on her childhood success. Some of her most notable roles from the period include guest-starring spots on “Without Trace” and “Less than Perfect.” In 2004, she made her feature film debut in “Raise Your Voice” alongside Hilary Duff. A year later, she landed a recurring role on “ER” along with supporting roles in “The 40-Year-Old Virgin” and “CSI: NY.” In 2008, Dennings’ career went stellar when she landed a starring role alongside Michael Cera in “Nick and Norah’s Infinite Playlist.” The film was a smash, making stars of its two young leads and bagging Dennings a nomination for the International Press Academy’s Satellite Award for Best Actress.

From Teen Star to Film Star

After earning rave reviews for her performance as Norah in “Nick and Norah’s Infinite Playlist,” Dennings spent the next few years carving out a respectable career for herself in film. Some of her most notable work from the era include “The Answer Man,” “Shorts,” and “Defendor.” By 2010, she was considered enough of a name to be invited into the Marvel Universe with the role of Natalie Portman’s shy sidekick, Darcy Lewis, in the 2011 blockbuster, “Thor.”

If Dennings thought she was famous prior to 2011, it was nothing compared to what would happen next. In February that year, she was cast in Michael Patrick King and Whitney Cummings’ new TV show “2 Broke Girls.” The show revolved around Dennings as the sarcastic and streetwise Max and Beth Behrs as the down on her luck Manhattan heiress, Caroline. Although the show received a very polarized response from critics, very few people took issue with the performances of its central stars. Rotten Tomoates even went so far as to say that Dennings and Behr shared ‘undeniable chemistry.’ After winning fans, losing fans, being accused of perpetuating racist stereotypes, and appearing on every critic’s “Worst of The Year” list, the show was eventually canceled in 2017 after 6 seasons. But by then, it had already done its job. Dennings was a bankable star. And thanks to a little thing called syndication royalties, she was also very, very rich.

“2 Broke Girls” may have ended in 2017, but it’s still pulling in the paychecks for Dennings. As its stars, both Dennings and Byers snagged a healthy $150,000 per episode each. Considering the show ran for a total of 138 episodes, that equates to around $20 million for the run. The profits don’t end there. In 2012, the show was sold into syndication to TBS for a record-breaking $1.7 million per-episode fee. As Dennings owns equity points in the show, she earns a percentage of the syndication royalties – the same amount, in fact, as its producer and creator, Whitney Cummings. By all accounts, she’ll pick up around $50 million in royalties over the life of its syndication run. If the syndication rights are renewed at the end of the current run, it’ll be even more. Despite the fact that the show only lasted for 6 years and the same amount of seasons, “2 Broke Girls” will be keeping Dennings in champagne and caviar for the rest of her life.

Thanks to the success of “2 Broke Girls,” Dennings needn’t work another day in her life if she doesn’t want to. But clearly, acting is more than just a paycheck for the star. Since the show ended, she’s been keeping busy with a wide variety of projects, including the comedy “Friendsgiving” and the Hulu series “Dollface.” In January 2021, she returned to the Marvel Universe when she reprised her role of Darcy Lewis in the Disney+ superhero series “WandaVision.” In 2020, she ventured into audio work with the role of Death in Audible’s production of “The Sandman.”

Now aged 34 years old, Dennings has been active in the industry for almost 25 years. The hard work has clearly paid off. With a reputation for adding glamour to indie roles and street smarts to mainstream ones, she’s built a solid, diverse career that’s rarely seen a misstep. All that considered, it’s hardly surprising that she’s landed such an impressive net worth… although those syndication royalties haven’t exactly hurt, either.