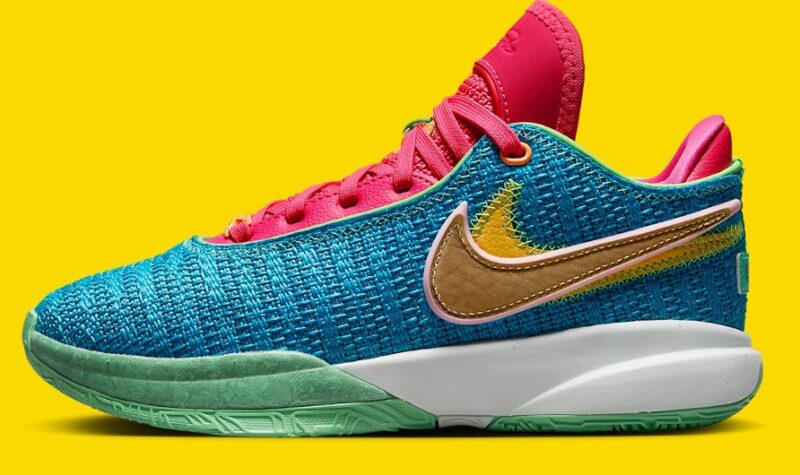 Nike has done it again, and this time it is with an exclusive kid’s shoe called the Nike LeBron 20 Laser Blue. They are expected to launch the shoes in the fall of 2022. Laser blue features a colorful color combination for kids. Kids are attracted to colorful shoes, clothes, and toys. Nike has done justice to these shoes by merging hyper pink, multi-color, peach cream, green, and green glow. The colors are combined in an intriguing way, making it a one-time sell-out.

Nike LeBron shoes are associated with LeBron James, who is considered this generation’s greatest basketball player and athlete. LeBron has done wonders in basketball, gaining the title of a true global icon. Many people call him ‘King James’ because of the prowess he has shown and his unmatchable moves. LeBron is the only NBA player who has won the championship for three famous basketball teams; Los Angeles Lakers, Miami Heat, and Cleveland Cavaliers. His total score is ten NBA finals, where he has won four MVP awards. Additionally, he has two Olympic gold medals written in his name and all-time playoff records. He stands at 6’9. His success is a result of his talent, training, and not forgetting the right basketball shoes.

Overall Review of the Nike LeBron

LeBron is known for his partnership with Nike. He has many different shoe collections and has partnered numerous times with Nike to produce some of the greatest basketball shoes. His successful basketball career is the reason why Nike partnered with him. When LeBron finished high school, three brands, Nike, Reebok, and Adidas, presented him with endorsements. Nike landed the endorsement and paid a stunning $90 million. He got the contract before playing his first NBA game and was paid the highest amount.

The partnership resulted in a win-win situation for Nike and LeBron. LeBron shoes are the most recognized shoes in the basketball world. According to Blog Finish Line, the first shoe they produced was the LeBron Air Zoom I, launched in 2003. It was called LeBron James’ first shoe. The shoe is a comfortable and classic sneaker made with the best cushioning technology available at that time. They used Nike Air Zoom Technology to make the front part of the shoe, and the heel is made from Nike Air. The shoe was a signature collection available in seven colors.

After that, Nike produced Zoom LeBron 2 in 2004, LeBron 3 in 2005, and LeBron 4 in 2006. Every year, Nike continues to release LeBron shoes. Besides producing the best basketball shoes for players, LeBron and Nike have partnered to use their fame to fund a campaign that encourages people to speak up and stand for something. They produced the LeBron 15 Equality, which they sold through a lottery.

The shoe is currently preserved at Smithsonian Museum. Additionally, LeBron partnered with Harlem Fashion Row to design LeBron female sneakers. These shoes signified the role African American women play in fashion. He also has a pink movement where he uses his brand to create breast cancer awareness. The history between Nike and LeBron goes beyond shoes. They continue to woo fans with their astonishing shoe collections.

Nike is showing no signs of slowing down. They are preparing to launch another Nike LeBron 20 Laser Blue colorway, which they will release in the coming weeks. The Laser Blue features vibrant accents of yellow, green, and pink. The shoe’s upper part resembles a mesh with a vivid laser blue color. The laces, sock liner, eye stays, and tongue is made from the lighter version of these three colors. An orange shade is added to the leather patch at the center of the tongue and the lace dubrae.

According to SneakerFiles, for maximum comfort and protection from impact, the shoe is fitted with a comprehensive zoom strobe unit and additional zoom airbags in the heel and forefoot. Finally, the shoe is divided into white and green midsoles. White dominates the heel counter and the medial, while green covers the forefoot area. There are two sets of lace loops; mint green and pink. It is possible to swap between the two and experiment with different looks. James LeBron’s autograph is embedded on the tongue flap. His crown logo also features on the heel tab. These features are all found in LeBron 20 as part of a branding element. The lateral side of Laser Blue consists of a double swoosh design. The design is coupled with a metallic gold logo added on top of a yellow swoosh. There are also additional highlights of green stitches.

Fans should be on the lookout for the release of Nike LeBron 20 Laser Blue. It is expected that the shoe will hit the market sometime in October. As mentioned earlier, the shoe is an exclusive kid’s production. Nike has produced the shoe in GS and preschool sizes. According to SportsKeeda, these shoes are expected to cost $160 for GS and $95 for the preschool size. The shoe will be available in all Nike stores and authorized retailers. Nike has not announced the official date of the launch, but it is anticipated to be sometime in October. They will communicate the official date through their social media accounts. Similarly, fans should also expect more designs from Nike in the coming days.

Nike kids are eagerly waiting for the official release of the Nike LeBron Laser Blue. The shoe is expected to come in an amazing colorway that is exciting for kids. It will have a color combination of pink, green, orange, blue, white, and orange. All these colors are combined to make a striking shoe that will make your kid envy others. Nike is likely to produce the shoe in the GS and preschool sizes. Their prizes will be $160 and $95, respectively. Be on the lookout because they will release the shoes in the fall of 2022. Make sure your kid does not miss the opportunity of owning these amazing shoes firsthand. 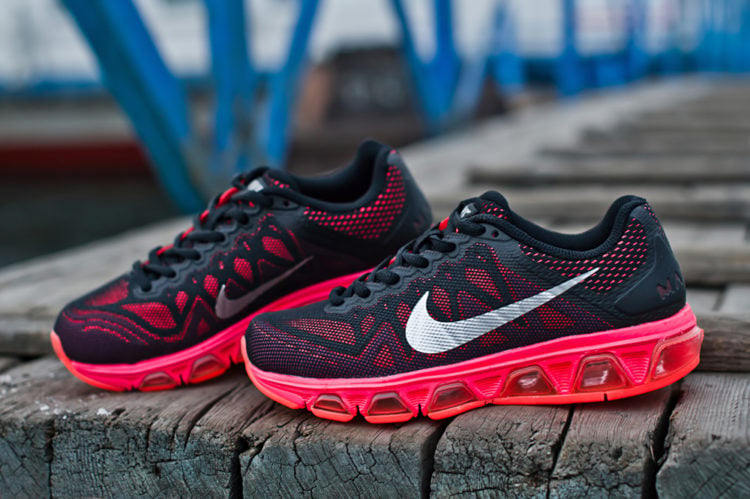 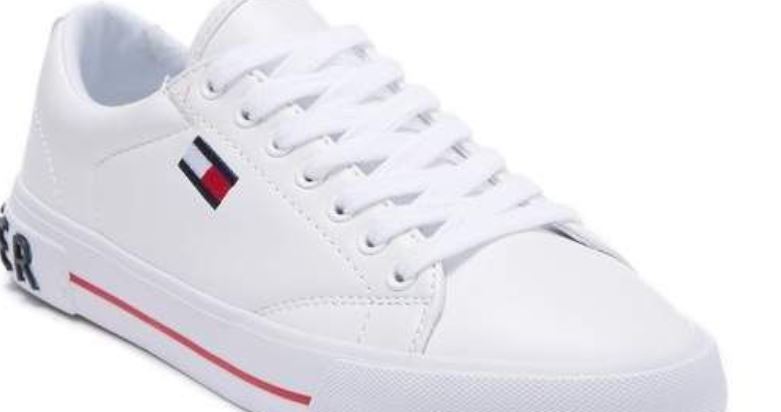 Tommy Hilfiger is killing it right now. The brand’s digital sales showroom in New York has been credited with transforming the buying process. Its outright ban on the use of exotic animal skins has made… 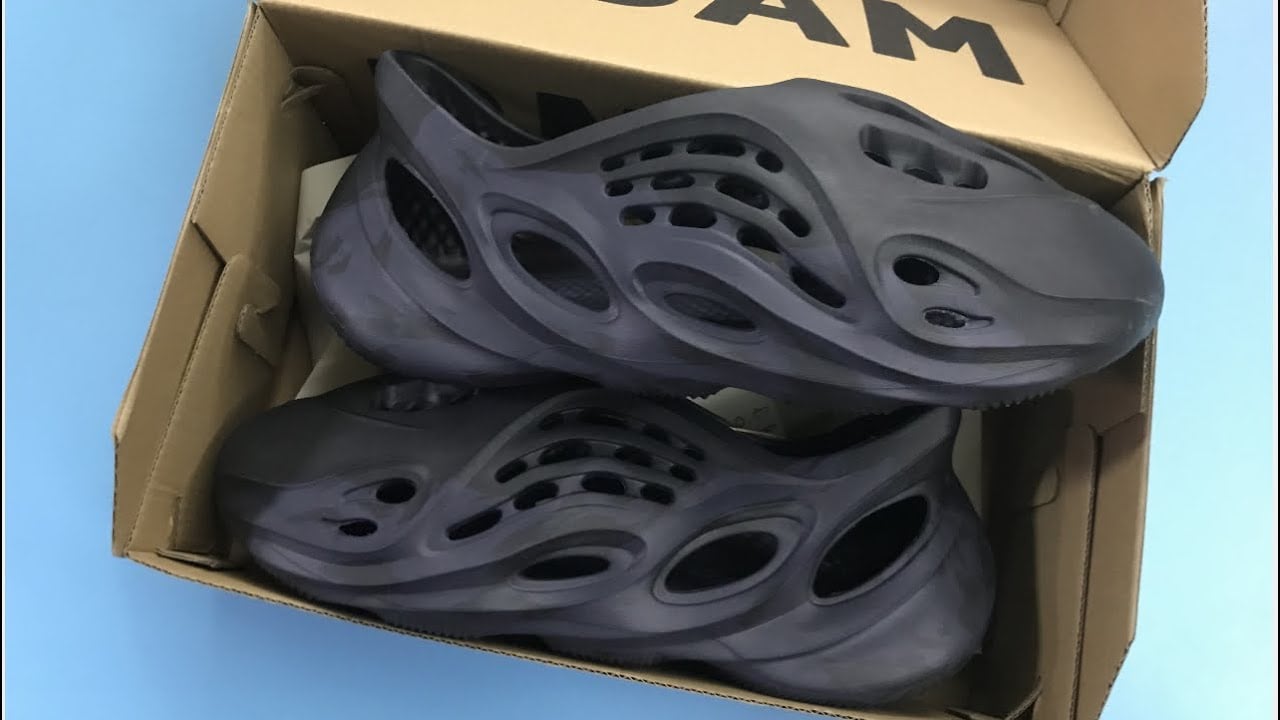 There are two kinds of people in this world: Those who have tried a pair of Yeezy Foam Runners, and those who haven’t. If you fall into the second category, you’re certainly missing out on… 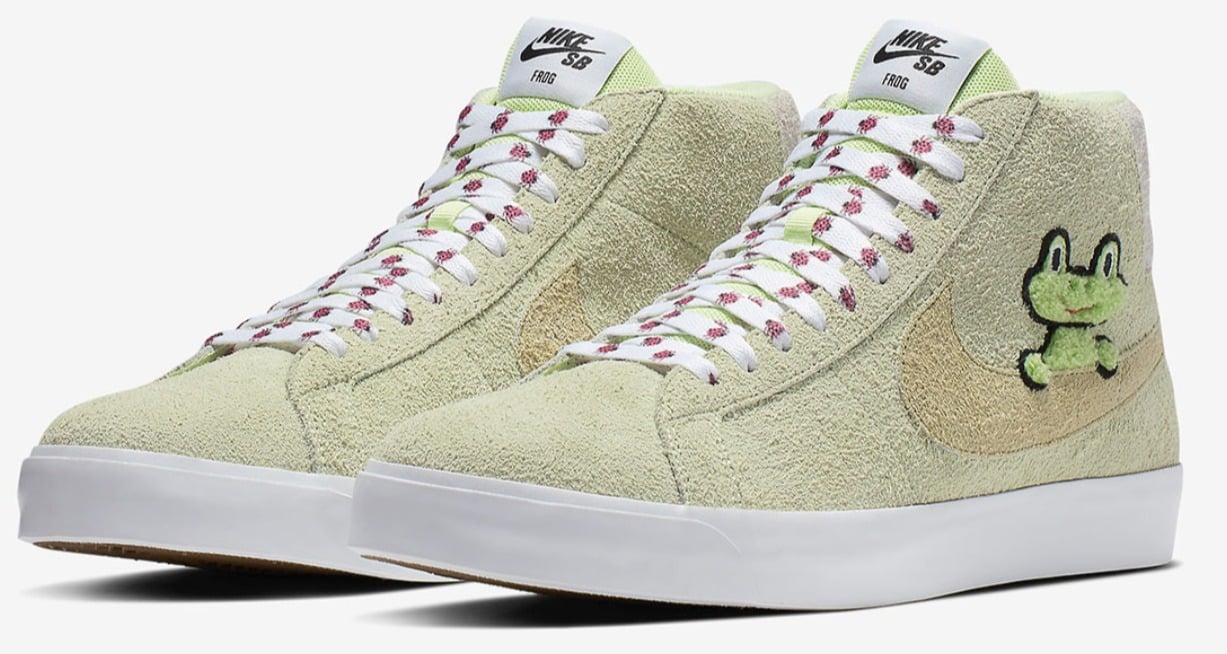 2019 is becoming a season in which the Nike corporation is making hundreds of releases in their latest and most popular sneaker designs. We just learned of their collaboration with Frog Skateboard, reputed for their… 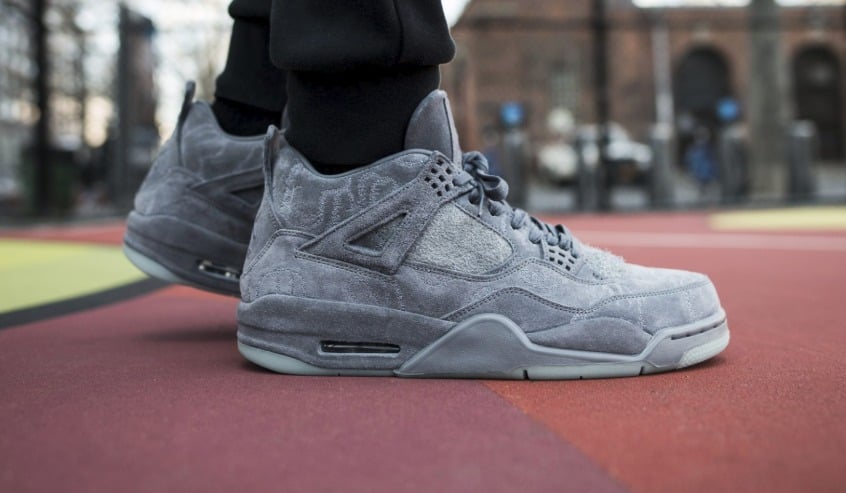 Nevermind the fact that the are ranked as Nike’s 22nd best model ever created. They’re amazing specialty shoes created for amateur through professional basketball players and they’re engineered to provide the wearer with all the… 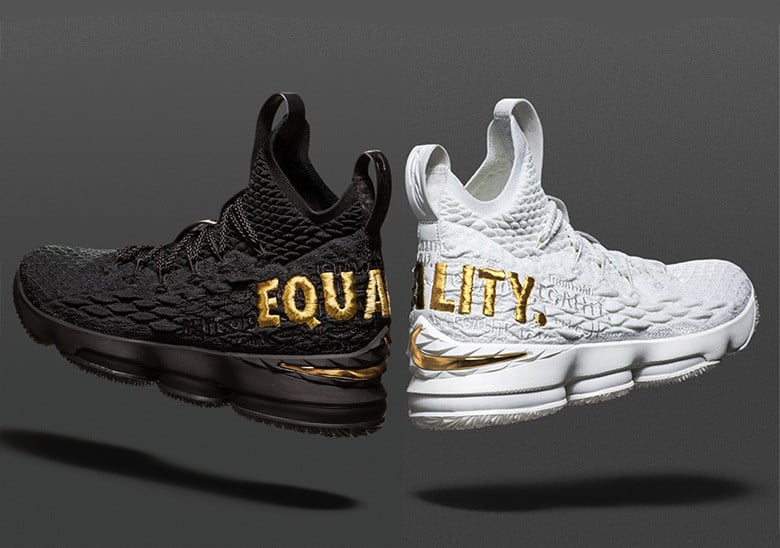 The is a shoe that is a unique member of the Nike family. There have been many reviews posted and some fans extol its magnificence while others who are not enamored of the shoe will…