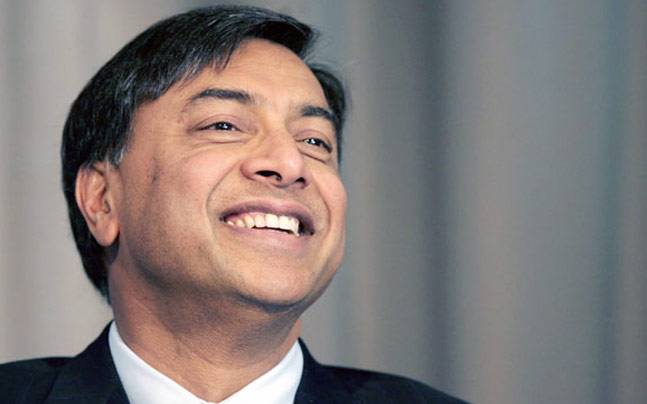 Given that it is the second most populous country on the face of the earth, you can imagine that India has some pretty rich people living inside its borders. Your guess would be correct. In fact, some of the richest individuals in the world are from India, but that is for another post. Continue reading to find out the 20 richest people in India in 2019, starting with number 20.

Vivek Chaand Sehgal is one of the richest men in India because of his role as chairman of Samavardhan Motherson Group. This was set up in 1975. Much of his wealth comes from his part ownership of Motherson Sumi System, which happens to be the largest maker of automobile components in all of India. They operate 250 factories in 41 different countries. Some of their more well known clients include BMW, Toyota, Ford, and Volkswagen.

Vikarm Lal has made his money from motorcycles. He is the owner of Eicher Motors which manufacturers the Royal Enfield motorbikes that is popular across India. They have more than $1.3 billion in annual revenue, and the company has experienced a 31 percent growth rate dating back to 2015. They have three factories in India that have sold a combined excess of 800,000 bikes in one year alone. This is easily why he makes the list of the richest people in India, and will likely continue to be there for quite some time. Motorcycles are wildly popular in India, creating a niche market that he has taken advantage of through the years.

Madhukar Parekh has gained entry on this list because of his ownership of one of the largest adhesive companies in the world. He is the Chariman of Pidilite Industries, which is the leading manufacturer of adhesives and sealants in India. He and his family own fully 70 percent of the company that dates back to 1959. The cmopany is most well known for the fact that it makes Fevicol. This is a white glue that has become poular through the years because of a catchy advertising campaign. Much of the companies over $830 million in annual revenue comes from its adhesive and sealants.

17. Subhas Chandra and Family – Estimated net worth of $4.7 billion

Subhas Chandra and his family fortune make the list of the richest people in India in the 17th position. They have a variety of interests, including packaging, lotteries, amusement parks, and infrastructure related businesses. They also own Zee Entertainment Enterprises which has 1.3 billion viewers tuning in regularly in 173 different countries.

Sunil Mittal gains entry at the 16th richest person in India because of his association with the telecom industry. He runs Bharti Airtel, which as become the second largest operator of mobile phones in India. It currently boasts more than 400 million customers. SingTel is its partner, and that contributes to the balance sheet as well. Much of the family wealth comes from Airtel Payments Bank. This is a joing venture that has been established with Mahindra Bank, which is conrolled by Uday Kotak – who is also on this list of the richest people in India.

This family makes the list of the 20th richest in Indian because of the fortune that stye has made in the motorcycle industry. As a whole, the family control Bajaj Group. This is a 92 years goup that consists of the motorcycle manufacturer, Bajaj Auto. The family fortune is shared by Rahul Bajaj, the patriarch, and his three cousins. The family also has a successful financial services company, which as ended becoming the biggest asset on its balance sheet.

14. Savitri Jindal and family – Estimated net worth of $5.8 billion

Savitri Jindal is the only woman on the list of 20 richest Indians. She has made her fortune in the steel industry. She owns the Jindal group, which is a conglomerate of power, cement, stell, and infrastructure related businesses. They have recently put in bids to purchase up rivals who are mired in debt and being sold under the bankruptcy code in India. This should begin to add to her and the families wealth if successful.

This is a family that makes the list of the 10 richest people in India because of their focus on consumer goods. They have a 68 percent holding in Dabur, which was formed way back in 1884. This is a group that makes medicine that is designed to fight various types of disease, among them being cholera and malaria.

Kushal Pal Singh has made much of his $7.8 billion fortune in the real easte industry. He used to be in the army, but later left to join DLF. This was a company that his father-in-law initially formed in 1946. He just rcently sold his stake in the rental business for $1.9 billion, obviously increasing his wealth. This is certainly a reason that he makes the list of the 10 richest people in India.

As the Chairman of the Wadia Group, Nusli Wadia has a current net worth of $6.4 billion, put him squarely as the 11th richest man in India. This also ranks him 209 on the Forbes list of richest billionaire’s in the world. His company holds such renowned businesses as Britannia Industries, GoAir, Bombay Dyeing, and more.

As the founding partner in Sun Pharma, Dilip Shanghai has a current net worth of $7.6 billion, making him the 10th richest man in India. This also put his in the 191st position on the Forbes list of richest billionaire’s in the world. He has gotten to this point by owning the most valued pharmaceutical company in all of India. The revenue for that company was $3.6 billion according to its recent filing.

As the Chairman of Adani Group, Gautam Adani has a current net worth of $8.7 billion. This is good enough to make him the 9th richest man in India. It also puts him in position 167 on the Forbes list of richest billionaire’s in the world. Adani is well known for begin connected with quite a few politicians. Adani group is valued at $12 billion and works to generate power and transmission as well as operates in the real estate and commodities markets. They control, among others, the largest port in India (Mundra Port)

As the founding partner of Serum Institute, Cyrus Poonawalla has a current net worth of roughly $9.5 billion. This easily makes him the 8th richest man in the nation of India, while also putting him in the 147th spot on the Forbes list of richest billionaire’s in the world. The Serum Institute is reported to be among the largest vaccine manufacturers in the world. In an average year, the company produced more than 1.5 billion doses of various vaccines.

As an experienced investor from Mumbai, Radhakishan Damani is currently worth $11 billion. He has amassed so much wealth because of the high stakes that he owns in a number of different companies. At the current time, these include the following: Radisson Blu Resort (located in Alibaug), VST Industries (which is a tobacco company), United Breweries (in the beer market), and quite a few other players on the global stage.

As the head of Aditya Birla Group, Kumar Mangalam Birla has a current net worth in the neighborhood of $11.1 billion. This makes him the sixth richest man in India. It also puts him in position 122 on the Forbes list of richest billionaire’s in the world. You will find that his company has current annual revenue of over $44 billion, split into 14 different sectors of industry. Some of the more famous brands that own include Van Heusen, Ultra Tech Cement, Allen Solly, and Pantaloons.

As the executive vice chairman and managing director of Kotak Mahindra Bank, Uday Kotak has a current net worth of $11.8 billion. This makes him the 5th richest man in India and places in the 114th position on the Forbes list of richest billionaire’s in the world. The bank that he heads has recently acquired the Indian operations for ING Bank, now making it one of the four top private sector banks in the country. They now have more than 16 million customers.

As one of the most well known steel magnates in the world, Lakshmi Mittal is currently worth about $13.6 billion. This makes him the fourth richest man in India and put him 91st on the Forbes list of richest billionaire’s in the world. His company reported a net profit of $5.1 billion in 2018 alone. This represents growth in the double digits. They have recently acquired Lava in Italy for $2.1 billion and Essar Steel for $5.9 billion.

As the co-founder of HCL Technologies, Shiv Nadar is currently worth roughly $14.6 billion. This makes him the third richest man in all of India, and put his in the 82nd position on the Forbes list of the richest billionaire’s in the world. HCL Technologies is the fourth largest provider of software services in all of India with a revenue of over $8 billion. He is also a well known philanthropist and leads the Shiv Nadar Foundation, which focuses on education related causes.

As the founder of Wipro, Azim Premji has become the second richest person in India. His current net worth is valued at $22.6 billion, which is good enough for 36th place on the Forbes list of the richest billionaire’s in the world. Wipro is actually the third largest company in the world focused on outsourcing. Their annual revenue is over $8 billion.

As the Chairman of Reliance Group, Mukesh Ambani has a current net worth in excess of $50 billion. He has long been the richest man in India and is in the 13th position on the Forbes list of richest billionaire’s in the world. Reliance Industries is in the gas business and has a revenue of $60 billion annually. They have launched into the telecom market as well, now boasting some 280 million customers. So, there you have it. These are the 10 richest people in India as of 2019. Who knows how this list will look a few years from now. It may just inspire a whole new generation to become even richer as a result. 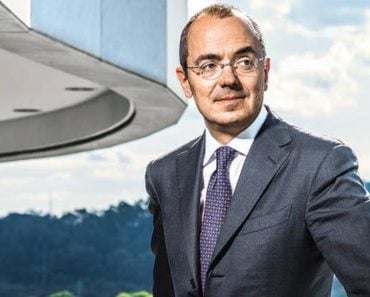 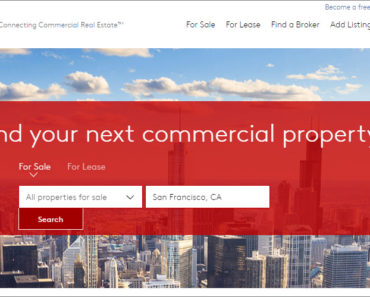 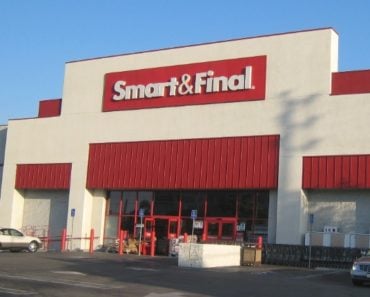 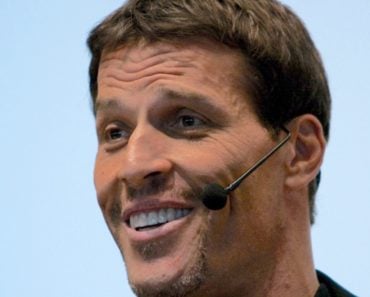 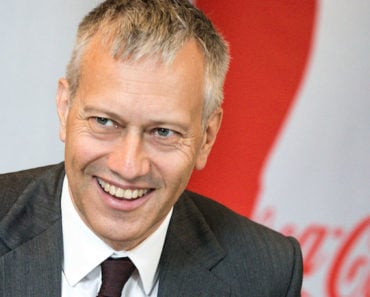