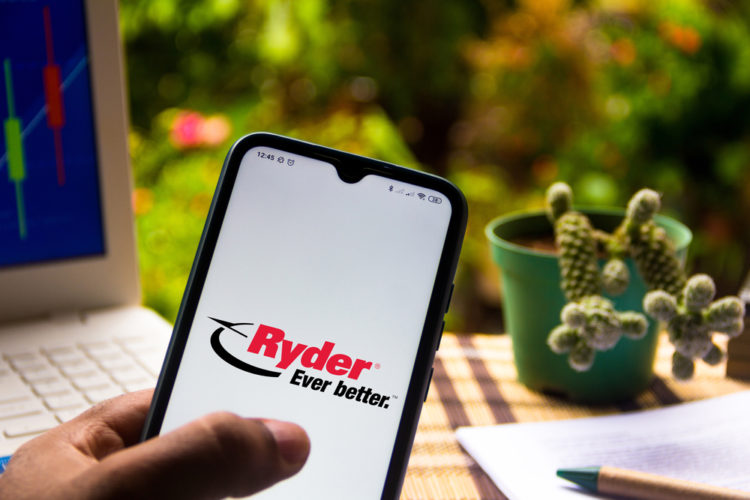 Ryder is an American startup that provides solutions for the management of commercial fleets. It is also a dedicated transportation and a leading supply chain provider. It specializes in last-mile delivery services for some of the most well-known brands in the world. Although Ryder is a name that many of us have seen on the side of trucks, there is a lot more to the enterprise that most are not aware of. Here are twenty things about Ryder that you probably didn’t know.

1. Ryder is a versatile company

According to Crunchbase, Ryder is listed across four different industries. It is a fleet management provider, along with logistics, supply chain management, and transportation. It is a logistics and transportation company that helps companies manage their transportation operations as well as their professional drivers, and e-commerce fulfillment. It also provides maintenance services.

The reason why most Americans are familiar with the name Ryder is that there are so many trucks that bear the name on the sides and front. There are over 250,000 vehicles under the management of Ryder. It also operates over 300 warehouses with a combined area of an estimated 55 million square feet.

3. Ryder is an established company

Ryder bears the name of its founder Mr. James Ryder. He established the company in 1933. It’s been in operation for almost ninety years. The legal name of the business is Ryder System, Inc. It is also known as simply Ryder, Ryder Trucks, and Ryder System. It is an old established company that has continued to grow, expand and evolve into its present status as a leader in logistics, fleet management, and multiple other aspects of the transportation and shipping industry. The headquarters for Ryder is located in Miami, Florida.

Ryder’s website is powered by a total of 127 technologies that it actively uses. These are distributed across 22 technology products and services. Each is essential for providing visitors with a satisfactory browsing experience, and for delivering the functions required for platform users. Some of these products and services include Google Analytics, jQuery, HTML5, Viewport Meta, LetsEncrypt, iPhone Mobile Compatible, and several others.

5. Ryder System, Inc has a moderate IT expense

We’ve seen some companies spend hundreds of thousands of dollars each year on IT expenses. Ryder has managed to keep its costs lower than most. We learned that the projected overhead costs for IT are only projected to cost the company $18.9 thousand.

Ryder stands out from the crowd of fleet management and logistics providers. This is because it has secured multiple trademarks. These are legal protections that prevent rivals within the industry from using the intellectual property that the company has developed. So far, Ryder System, Inc. has secured a total of 32 registered trademarks in the transport, packaging, and storing category. The trademarks help Ryder to stand out as being unique when compared with the others. They have their way of doing things and none of the others can legally copy or imitate certain aspects of the Ryder solutions.

7. Interest in Ryder’s products and services is growing

There is a growing interest in Ryder’s solutions for fleet management and the multiple other services it provides. The analytics maintained for the website reveal that over the past thirty days there was a total of 1,134,239 visitors to the website. This reflects a monthly visits growth increase of 14.45 percent. The high volume of web traffic has resulted in Ryder System, Inc. receiving a ranking of number 41,632 of the millions of websites registered on the world wide web. It shows that there are volumes of people checking out the website and using the products and services.

8. Ryder is the most popular in the United States

9. Ryder has a core executive leadership team of 8 members

10. Ryder System, Inc. has an 11-member board of directors

Ryder System, Inc is registered under the ticker symbol NYSE: R. Its Initial Public Offering date was January 13, 1978. If you’re interested in investing in this company you can find shares of stock available through the New York Stock Exchange.

Part of Ryder’s growth and expansion plans include the acquisition of key companies. On December 23, 2008, Ryder acquired Edart Leasing Company. This is a Hartford, Connecticut-based company that provides truck rentals and leasing within the borders of the United States. This was a strategic move for Ryder. Edart was founded in 1934 and is also an older established business. It was a privately held company that provides full-service truck leasing along with commercial truck rental and contract maintenance business.

On December 20, 2010, Ryder acquired Carmenita Leasing. This is a complete truck leasing and renting service. The company was founded in 1977. It provides the Santa Fe Springs, California residents with complete truck leasing and renting services. The acquisition is an example of Ryder’s bid to become the largest provider for such services through acquiring the competition and adding their members to the Ryder fleet.

On January 5, 2011, Ryder acquired a company called Total Logistic Control. This is a business that provides end-to-end supply chain solutions. It is headquartered in Zeeland, Michigan. The acquisition added yet more solutions to the Ryder offerings and it further expanded the company into the state of Michigan.

On February 12, 2011, Ryder acquired The Scully Companies. This is a business based in California. I provide two divisions of business operations including ScullyDistribution Services and Scully Transportation Services. This was a newer company that was founded in 1997. It is a transportation company that has been absorbed into the larger parent company to increase its fleet and to reduce the number of competitors vying for their share of the market for transportation and logistics solutions.

On April 5, 2011, Ryder acquired a company called B.I.T. Leasing. This was a privately owned business that provided full-service truck leasing and fleet services. Its headquarters are in Hayward, California. The company has been in business for 58 years and is firmly established. The terms of the acquisition of this company were not disclosed, but it is assumed that Ryder purchased to absorb its competition in this part of the country. It is just one more way that the company was fulfilling its mission to absorb the competition and grow its fleet at the same time.

17. Ryder purchased a company in the United Kingdom

On June 8, 2011, Ryder acquired a company called Hill Hire. It is a truck and trailer rental service. The company is headquartered in Bradford, Somerset, United Kingdom. The acquisition of this company marked a significant period of development in the history of Ryder. It was part of the fulfillment of Ryder’s expansion into the global market with offices and a fleet in the country of England. Ryder continued its forward march to gain exposure in other parts of the world. It entered the international market with its logistics and fleet management solutions and more.

Ryder bought a privately owned group of companies called Euroway Group on August 2, 2012. The group provides specialized supplying services for the road transport industry within the United Kingdom. The headquarters is located in Bedford, Bedfordshire, United Kingdom. This was a necessary purchase that enabled the truck rental and fleet services companies that Ryder had previously acquired to have access to supplying services as needed. It was a useful addition to Ryder’s European operations that further expanded the size of Ryder’s fleet and also increased its overall valuation.

19. Ryder has partnered with Embark in the autonomous industry

20. Ryder is advancing its technology

In addition to setting up 100 new transfer points, Ryder is also standardizing its fleet maintenance and management through a partnership with Waymo Via. It is also partnered with TuSimple to leverage terminals through its facilities. They’re on the cutting edge of AV technology and implementing innovations in their transportation logistics technologies. This is an exciting time for Ryder. It’s making the necessary adjustments to advance its technology, products, and services to extend into the modern age. Ryder is staying on top of the current trends in the transportation industry and instead of becoming an old dinosaur stuck in its old mode of operation, it has become a leader in the movement to further modernize the trucking and shipping industry. Ryder is a company to keep your eye on as it’s one of the leaders within the industry.