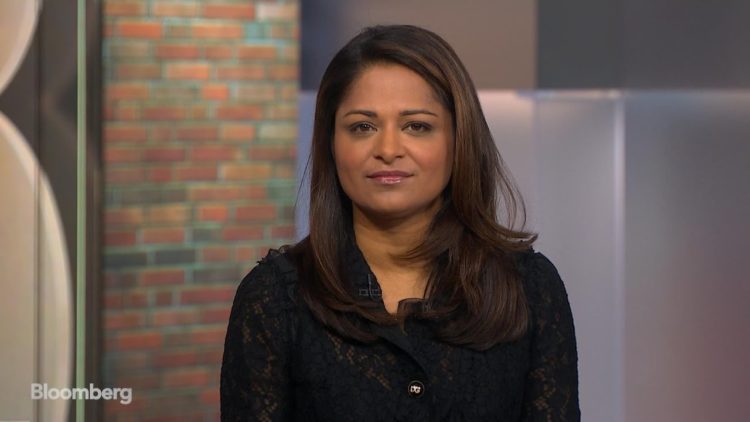 What do you know about Savitman Subramanian, the Head of Equity Research of Bank of America? Unless you’re heavily involved in finance, you may not know very much about her at all. In fact, this may be the first time you’re even hearing her name. If you’re curious and you want to know a few interesting things about her, keep reading, as we’ll uncover 10 things about this dynamic and enterprising individual.

You probably already know that she’s intelligent or she wouldn’t be working in finance to begin with. That being said, she takes the word intelligent to an entirely new level. She graduated from the University of California at Berkeley with a Bachelor’s degree in Mathematics, something that even the brightest students typically run away from. Instead of running, she embraced the idea and well, the rest is history.

2. She likes things with a bit of mysticism

Some people like to know everything that’s coming at them well in advance. That is definitely not the case with her. Instead, she prefers to allow life to include a few surprises along the way. As such, she enjoys everything from long walks on a foggy morning to allowing life to take her wherever it decides to go. For her, it’s all part of the journey and so far, it appears to have been a rather epic one.

3. She also has an appreciation for art

She loves architecture, not just because she is fascinated by the buildings themselves, but because she sees them as the majestic pieces of artwork they truly are. Subramanian has a tendency to appreciate art in all its forms, but she has a special love for the combination of art and engineering that exists in buildings, both new and old.

4. She also achieved an advanced degree

Like many other people in her line of work, she also decided to go back to college in order to obtain her Doctorate. As such, she attended Columbia University in New York from 2000 until 2002, receiving her degree in Business Administration with a specialty in Finance.

She’s been with Bank of America in one capacity or another for a whopping 19 years, something that’s very rare even among individuals at the highest professional levels. People who work in finance have a tendency to move around quite a lot, but she has decided to chart her own path. As a direct result, she chose to stay with one company and work her way up the rungs of the ladder in order to achieve the position she holds today.

6. Her job is extremely demanding

There’s nothing like having a bit of pressure in your job to make you out-perform the competition, and Subramanian is no exception. In fact, she is in charge of some of the most demanding tasks in the world of finance, not the least of which include determining S&P 500 forecasts and working around the globe. She is also in charge of development for Bank of America’s Quantitative Equity Strategy, effectively heading up the entire department. If that’s not enough, she’s also responsible for the marketing of said team.

7. She does a lot of public speaking

When she isn’t busy in her office or working with one of Bank of America’s global partners, she spends her time speaking publicly, usually at various financial conferences around the world. The topics are varied and always promise to be interesting, not to mention well-researched. Why does she do this? In reality, there are two reasons. First and foremost, she enjoys having the opportunity to educate others about the world of finance. IN addition, her participation in these conferences gives her the chance to actively market the services provided by her and her team at Bank of America.

8. She’s among the best in the business

Granted, a lot of people make such claims, but very few of them can actually back up those claims with genuine facts. In her case, it’s easy to do so. She and her team have been deemed among the best in the world of finance, especially with regard to quantitative equity, as evidenced by their favorable ranking in the Institutional Investor and Greenwich surveys. In fact, the team has appeared at the top of the list a number of times, effectively out-performing other financial experts dedicated to the same type of work.

Because of her experience and dedication, she has long been featured as a trusted advisor for a number of well-respected news outlets. As such, she has routinely been asked to appear on television news segments and has even been featured in print articles a number of times. This is largely due to her expertise in predicting how the financial markets will look in the coming weeks or even months. Obviously, predicting such a thing with any degree of accuracy is difficult, even under the best of circumstances. That said, she manages to do an excellent job, which is why people tend to listen to what she has to say.

10. She’s also respected by her peers

There is no doubt that it’s difficult to gain one’s footing in the financial world. This is especially true when you’re talking about the world of high-stakes finance on a truly global scale. All it takes is one wrong move, and the individual in question risks ruining their reputation for the remainder of their professional life. Despite the difficulty involved with such a volatile market and the potentially dire consequences associated with having such a job, she has thus far done an excellent job of accurately predicting the overall health of the quantitative equity market. By doing an excellent job and spending more than her fair share of time in the trenches, she has gained the utmost respect of her peers, something that many professionals at this level never fully realize.