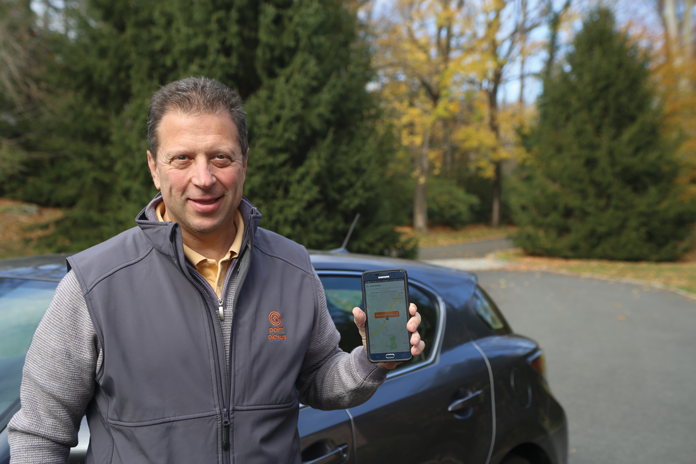 Tom Fiorita is the CEO of a startup called Point Pickup. The company is a delivery platform that takes over from mid to last-mile delivery services. We were interested in knowing more about him and when we looked into his personal and career history we made some interesting discoveries. He has a long and successful track record in business. If you’re not familiar with him yet, here are 10 things you probably didn’t know about the wealthy CEO to bring you up to speed.

1. Tom Fiorita is the founder of Point Pickup

According to LinkedIn, Mr. Fiorita is not only the chief executive officer of Point Pickup, but he is also the founder of the company. He officially launched the wildly successful startup in 2014. He has served as the executive in charge since it became active in its operations.

2. He is an alumnus of Southern New Hampshire University

3. He is a serial entrepreneur

Point Pickup was not the first business that Tom Fiorita established. He founded a company called USMobil Comm in 1991. his was a company that provided solutions for voice, software, video, and data analytics technologies to help customers’ devices learn from one another and communicate in a more streamlined fashion. It was a software as a service company that catered to the mobility and communication needs of its clients in the business environment. He was employed with the company he launched for four years, leaving in 1995 to pursue other business endeavors.

Early in his career, Mr. Fiorita worked at various jobs in the advertising, sales, and marketing industries. He was hired by Cox Communications in 1988 in advertising sales. The company was located in Atlanta, Georgia, and New York, New York. He worked for the company for two years, leaving in 1990 to pursue other interests.

Mr. Fiorita was hired to work for Madison Square Garden in the sales and marketing department in New York City. He began the job in 1996 and worked there for two years. While there, he developed major advertising programs and sponsors for large properties including Paramount Theater, MSG venue, The Yankees, The Knicks, The Rangers, American Express, Chrysler, Texaco, Anheuser Busch, and others. He left in 1998.

In 1998, Tom was hired by Applevision/Chicagovision as the chief executive officer. He spent two years with the company in its top tier of leadership. He left after two years, taking with him the experience he gained calling the shots. This was the beginning of a long and prosperous career in executive leadership. He built upon his previous experiences and the knowledge that he gained from each job, to create a solid knowledge base. Mr. Fiorita was building the foundation for a solid career.

According to Serendipity Social, Tom doesn’t go with just anyone when he secures venture capital funds to further his business. For the first angel round of financing, he sought out people who believed in him but have expertise in the business, as well as those who knew him well and understood his morality and ethics. This was important to him. He was careful not to give away a large percentage of the company so there would still be plenty leftover to attract larger investors who would become stakeholders. For the second round of Series A funding, he worked with those who were larger VC investors, who helped raise millions of dollars. He has a solid understanding of the financial arena and how to best approach such activities.

In 1998, Tom was hired to be the vice president of sales and marketing for a company called MediaOnDemand, Inc. He worked for an early-stage venture company in the streaming technology and bandwidth industry. He served at the New York, New York office for three years, leaving in 2001. This was a pivotal move for him s it catapulted his career in executive leadership to new heights of responsibility. He left this job to accept a post as vice president of sales and trading at GGET, LLC in Greenwich, CT. He remained at the job for four years, leaving in 2005. From 2005 through 2009, he served as vice president of sales and trading for Knight Capital Group, Inc. in New York. He took charge of the generation of sales with trading clients across global equities, options, and other products, introducing them to electronic trading.

9. He refuses to work with Amazon.com

According to Westfair Online, Tom is on a mission to help his customers with a large yet scalable delivery platform. He works with Target and other distribution centers to share Point Pickup’s logistics technology and services. The one company that he will not work with is Amazon.com. He believes that they are already too big and that the public deserves to have other options.

10. Fiorita has a long history of top-tier leadership

He had a long and storied history in the financial sector as an executive leader. In July of 2012, he served as the president of a company called Fund Advantage Services, LLC. This was a firm that specialized in advisory and placement of alternatives, product development, hedge fund analysis, distribution strategies, capital raising business development, and platform creation. He worked as president of the company for two years and seven months, leaving his post in January of 2015. At this point in his career, he had established himself as one of the most highly respected leaders in the financial and investment arena. He maintained a sharp focus on the digital aspect of the industry to promote its use as a means of streamlining the processes through the use of advanced technologies.