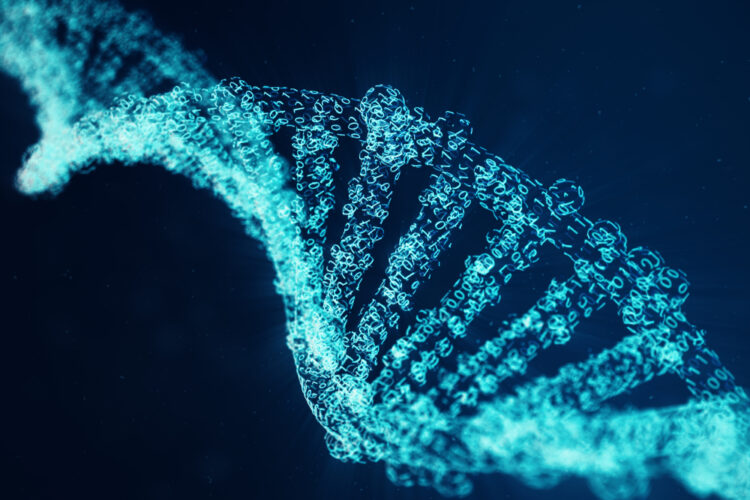 Biology has a dynamic and complex nature that has created a practically unlimited need for genomic data. Unfortunately, the current use of gene sequencing in research and diagnoses is significantly limited by cost. Ultima Genomics has been working on new sequencing architecture that could greatly reduce the cost of sequencing adoption and make genomics at scale a reality. The company’s approach includes highly unconventional approaches to machine learning, sequencing chemistry, and cell engineering. According to experts, it could spark unprecedented improvements in human health and biology. Here are 20 things you probably didn’t know about Ultima Genomics.

1. Ultima Genomics Is Based in California

Ultima Genomics is a US-Israeli sequencing tech startup with headquarters in Newark, California, located in the United States. The biotech company is a genome-scale sequencing architecture developer that provides analytical services and support to enterprises. Since it was founded, it had been operating in stealth mode but recently went public after raising over $600 million in funding. Its primary office is located at 7979 Gateway Boulevard, Suite 101, Newark, CA 94560.

Ultima Genomics was founded in 2016 by Gilad Almogy, who currently also serves as the company’s CEO. According to Almogy, the tech company was established to enable significant advances in human health and biology by escalating the scale of genomic information. So far, Ultima Genomics has developed new approaches to machine learning, sequencing chemistry, and cell engineering that help mitigate common challenges in the frequency, depth, and breadth of gene sequencing.

Many leading names and entities in the genomic and biotech industry believe in the work Ultima Genomics is doing. This is evident in the fact that the company has been able to raise $600 million in funding, with the most recent funding round closing on May 31, 2022. Thanks to the financial backing, the company emerged from stealth mode and announced its intention to deliver the $100 genome. Ultima affirms that this product will usher in a new era in genomics-driven healthcare and research.

As mentioned, Ultima has been able to raise a significant amount of money in financial backing from entities that share its vision. The company is backed by about nine investors, including General Atlantic, Founders Fund, Playground Global, aMoon, Marius Nacht, Lightspeed, Khosla Ventures, D1 Capital, and Andreessen Horowitz. With this kind of backing, Ultima might just pull off this genomic miracle.

Upon emerging from stealth mode, Ultima Genomics announced that it had the capability to deliver the $100 genome through its new sequencing architecture. Ultima’s technology is designed to scale above and beyond current technologies and significantly lower the cost of genomic data. According to the company CEO, although DNA contains the “instruction set for every living organism,” current sequencing technologies do not allow scientists to access this data at the scale required to truly comprehend complex biology. Almogy and his team are looking to change that by unleashing the power of genomics at scale. He says that Ultima is “committed to continuously working to drive down the cost of genomic information until it is routinely used in every part of the healthcare system”.

6. It Has Major Competitors

While Ultima’s technology is groundbreaking, it is not the first of its kind. The tech startup is entering a market currently dominated by Illumina Inc., which is the biggest entity in DNA sequencing today. Illumina’s technology is widely used in pharmaceutical research and consumer genetic tests. However, Ultima promises to trump Illumina’s offering price by far. Another major player in the game is Isabl, which gave the world one of the earliest clinical applications of gene sequencing through deep oncology. Deep oncology uses genetic profiling to characterize and combat cancers. Ultima can compete favorably with these companies by escalating the turnaround.

7. It Recently Partnered with Sentieon

Ultima recently announced partnerships with Google DeepVariant, the analysis pipeline, and Sentieon, the bioinformatics software company. These two companies will provide Ultima with specific machine-learning models and variants calling for its platform. In turn, Ultima will provide early-access customers with a Sentieon license that allows them to process data for free by the end of 2022. Although neither of the companies disclosed the financial terms of the collaboration, Sentieon CEO Jun Ye released a statement saying, “During our collaboration, we’ve already seen significant improvements in sequencing quality and look forward to continued optimization of our solutions.”

8. Its Product Could Reduce Sequencing Costs

Ultima announced its new ability to sequence human genomes for $100. This is a significant price cut from the usual cost charged by Illumina, which according to Globes, sequences genomes for between $500 and $600. Subsequently, Ultima’s new technology is set to drive down sequencing costs significantly and help mitigate the tradeoffs made by clinicians and scientists between the frequency, depth, and breadth with which they use genomic data. For context, it is important to note that data from the National Human Genome Research Institute shows that sequencing the genome from one person cost $95 million in 2001. This amount fell to around $562 by 2021. Ultima getting it down to $100 will be a major advancement for the genomic industry.

9. It Is Revolutionizing Gene Sequencing

Stanford University’s Director of the Center for Genomics and Personalized Medicine, Michael Snyder, says that Ultima’s gene sequencing architecture will “revolutionize sequencing and take what we can do to a whole new level.” Snyder also believes that the ability to sequence thousands of epigenomes and genomes will revolutionize disease risk prediction and diagnostics. According to Doron Lipson, Ultima’s Chief Scientific Officer, the company’s groundbreaking architecture will help overcome the limitations of conventional next-gen sequencing technologies. By doing so, it will help researchers design clinical assays and experiments that were “previously impossible.”

10. It Is Improving the Scale of Genomic Information

Ultimately, Ultima Genomics is dedicated and working toward unleashing the power of genomics at scale. The firm’s mission is to constantly drive the scale of genomic data and hopefully spark unprecedented improvements in human health and biology. The company believes that humanity is at the cusp of a biological revolution, and there is, now more than ever, an endless need for more genomic data to address the dynamic changes and complexities in biology. Advancing sequencing technologies and improving the scale of genomic information will make the process easier and faster.

11. It Is Dedicated to Improving Human Health

Over the years, genomics has begun to overlap with several areas of human health, and Ultima is willing to push the connection even further. Researchers have currently only sequenced the genomes of less than 1 in 10,000 people. Still, even a full germline genome is not enough to capture the treasure trove of valuable genetic data stored in the cells in the human body and the free DNA in the bloodstream. This information carries the source code for human immune response, disease, wellbeing, and health. By driving the scale of genomic data, Ultima could enable many advancements in human health.

12. Its Sequencing Architecture Is Revolutionizing Medicine

Ultima’s gene sequencing platform will have powerful implications on medicine and healthcare as a field. MedlinePlus explains that genetic testing currently costs up to $20,000 and that several tests of one person or their family are required to provide any meaningful result. For patients with some types of cancer, like breast cancer, these tests could be crucial to identifying and preventing risk, but their cost often deters preventative initiatives. More affordable gene sequencing could change that and how healthcare providers approach cancer treatment and prevention.

13. Its Research Has Implications for Major Health Conditions

One of Ultima’s primary goals is to help researchers examine genetic data for large populations more easily and answer questions like why certain people respond to some therapies and others don’t, age faster, or get cancer. Almogy explains that making gene sequencing more affordable will lead to improved therapies, improved vaccines, early cancer detection, personalized medicine, and drug discovery. At $100 per test, a lot can be done in identifying cancer risk and COVID-19 strains and antibodies. The impact on these major health conditions will be swift and welcome.

14. It Recently Partnered with NVIDIA to Leverage AI-Accelerated Analysis

On June 6, 2022, Ultima Genomics announced a broad collaboration with NVIDIA. The aim is to leverage AI-accelerated analysis across different stages of genomic sequencing and analysis. Generally, the partnership will include the utilization of NVIDIA GPUs for base calling and photometry deep learning. It could also include variant calling acceleration. NVIDIA’s Global Director of Genomics Alliances, George Vacek, says, “NVIDIA solutions are designed to accelerate high-volume data processing, and our collaboration with Ultima demonstrates this at multiple levels.”

15. It Is Rumored to Be Worth Several Billion Dollars

According to some sources, Ultima Genomics is currently valued at several billion dollars. Representatives from the company have declined to comment on this matter, however, and so far, all that is known about Ultima’s financial standing is that it has raised $600 in funding.

16. The Efficacy of Its Product Has Been Widely Verified

Ultima has a lot of backing in the genomic and tech industries because it has so far demonstrated the efficacy of its platform in several projects and publications. For instance, Whitehead Institute researchers have shown the platform’s immediate usability in large-scale single-cell studies. Stanford University Center for Genomics and Personalized Medicine (SCGPM) researchers have also used technology from Ultima to perform a whole-genome methylation landscape of pre-cancerous tissues.

17. It Has Been Building Its Sequencing Architecture for 5 Years

Ultima unveiled its revolutionary gene sequencing platform after five years of building it. The architecture, which includes novel approaches to several scientific fields, has been in the works since 2016, when the company was founded. Until now, Ultima Genomics has been operating in stealth mode, but this has not stopped the company from developing a product that is prime for use in a wide range of diagnostic and research settings.

18. It Incorporates Novel Technology and Chemistry in Its Execution

Between June 6 and June 9, 2022, several leading research institutes will present their first scientific results from using Ultima’s platform for cancer epigenetics, single-cell sequencing, and whole-genome sequencing at AGBT in Florida. Initial data from these studies have already been published. Additionally, the Broad Institute of MIT and Harvard, which provided Ultima with its first early-access site, has generated data from more than 200 whole human genomes and will present it at AGBT. This is in addition to the first single-cell RNA-seq methodologies demonstration and a co-developed update to the institute’s open-sourced GATK toolkit.

Reducing the cost of gene sequencing could make genomic population studies a reality and improve our general understanding of genomic variance over time and across diverse groups. At the $100 price, even regular citizens can get their genes sequenced every month and have the procedure covered by insurance. The overall result is that DNA studies will be more accessible to the general population.