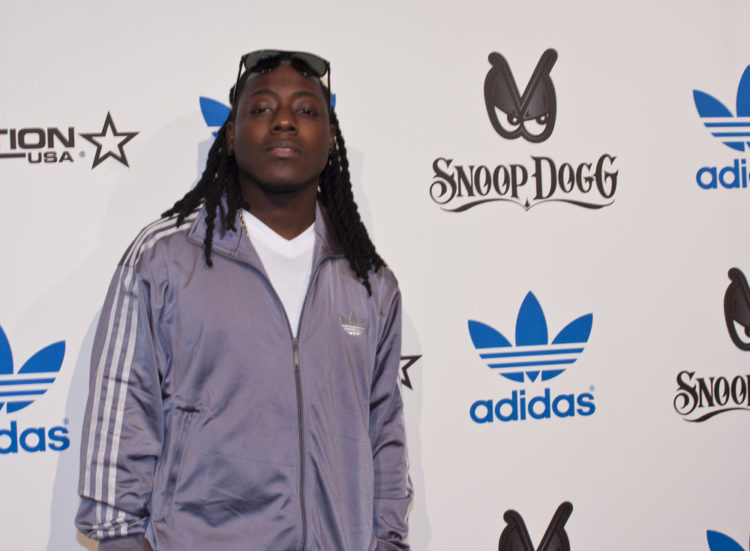 Imagine picturing your life as a professional football player but having to give up and look for an alternative way to earn a living. That is what happened to Ace Hood, an American Rapper who has worked with Lil Wayne, Rick Ross, and Birdman, among other big shots in the industry. Trading the football for a microphone was probably the best decision he has ever made, and it has paid off. Ace Hood’s net worth is now $5 million, and with his determination to give his children a comfortable life, the rapper is bound to make many more millions soon. Here’s his journey to accumulating wealth.

Giving Up Football for Music

The rapper grew up in Deerfield Beach where his mother single-handedly raised him and his siblings. Life was tough, but Hood’s mother did the best she could to provide for her children. Hood had a special love for poetry. Since he started rapping at an early age, he wanted his lyrics to rhyme. After all, he believed that music was all about putting words together and ensuring they rhymed. Although he began rapping in middle school, it took a while before he realized that there was more to music than rhyming. He understood that he also had to write lyrics that made sense. All the same, music was the furthest thing from his mind. Hood was an avid athlete; according to Gazette Review, he was the cornerback in his high school football team. His talent on the field was evident, and he dreamed of being a professional football player for the National Football League (NFL). The fact that his family believed that he could do anything he set his mind to resulted in him being nicknamed “Ace.” Consequently, with such a supportive family rooting for him, Hood set aside his love for music to focus on a potential football career. Unfortunately, during his high school sophomore year, he suffered an injury that took him off the field. Although doctors were hopeful, the condition worsened. Hood was not interested in pursuing further studies thus decided to try his luck in music.

Putting His Faith into Action

Hood told Broward Palm Beach that setting his sights on a musical career was putting his eggs in one basket because that is the only thing at which he excelled. The rapper put his best foot forward to make a lucrative musical career. For this reason, he signed to Dollarz N Deals Entertainment and began releasing compilation albums. The first single Hood recorded was “Money Over Everything” to gain a following in his hometown. After achieving some recognition, it was time to network; thus, the label’s producer, AD Julien, thought it necessary to take Hood’s act to the next level through an introduction to DJ Khaled. As Khaled was heading to a meeting, Hood approached him outside the offices of WEDR-FM Jamz. The rapper was equipped with a demo and a high dose of confidence. Thus as soon as he spotted Khaled, Hood ran up to him and rapped for him. Khaled was impressed by the young rapper’s talent and later signed him to We The Best. However, Hood had to fulfill his three-album deal with Def Jam before departing. Thus, he released his first album, “Gutta,” in 2008, and it sold over 25,000 copies within the first week. By mid-2009, the rapper had released his second album, “Ruthless,” and explained to Life is Tremendez that it was crucial to stay relevant since he was a new musician. It took him another three years to release his third album “Blood, Sweat & Tears. The patience paid off because it debuted at No.8 on the Billboard 200. In 2021, Birdman announced that Hood was officially part of the We the Best family. He said he had always wanted a chance to work with the rapper, but since Hood was signed to Def Jam, Birdman had to wait for the contract to expire. Consequently, the rapper released his fourth album “Trials and Tribulations as the first under We The Best. Earlier on, he had released a mixtape, “Starvation II,” in January 2013. Fans loved it so much that in less than five months, it had over 600,000 downloads. However, he left Khaled’s label to be an independent artist, which led to Hood taking almost four years to release another album after “Trials and Tribulations.” He said that funding was the biggest challenge as an independent artist. He is a businessman and can’t mix his personal finances with business finances. Luckily, he found his footing.

Learning How to be Frugal

Accumulating a net worth of $5 million from his chosen career was only possible because the rapper took certain life lessons to heart. As disclosed on Forbes, when the rapper sold his first album, he had the world at his feet. He could afford to give his then-girlfriend $800 a few times in a week so she could splurge on shopping. Hood also loves the finer things in life thus went on several shopping sprees to Gucci stores, and every time, he would spend at least $1,500. His living standards went up, so he moved to a three-bedroom apartment in South Florida, where he had to fork out $3,000 every month. Of course, as the newest celebrity in town then, the rapper leased a new fuel-guzzling Cadillac Escalade. Unfortunately, the success was short-lived since the second album did not do as well as anticipated. Hood could no longer afford the extravagant lifestyle he had started getting accustomed to; without enough money to pay the lease to the Cadillac Escalade, he lost it. He also lost the apartment, and people he thought were his friends. Hood quickly realized that the riches had to be taken care of lest they faded. Thus, when he released his other albums, he established a savings culture, enabling Hood’s net worth to rise gradually to millions of dollars.