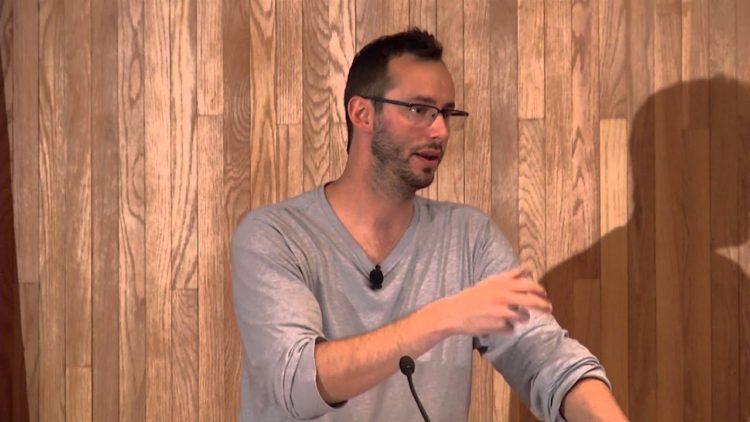 Anthony Levandowski is an engineer and entrepreneur. He’s also one of the lucky few (or should that be the lucky many?) that received a Presidential Pardon during Donald Trump’s last few days in office. Prior to 2017, Levandowski was known as the creative genius behind Otto, an autonomous trucking company; the brains behind Google’s self-driving car program; the inventor of Pribot, the world’s first self-driving car; and the creator of Ghostrider, the world’s first autonomous motorcycle. Since 2017, he’s become better known as the man behind one of the biggest trade secret crimes the world has ever known. Intrigued to find out more? Then read on to find out 10 things you didn’t know about Anthony Levandowski.

1. He was born in Brussels

Levandowski may have built his career in the US, but he’s actually European by birth. Levandowski was born on March 15, 1980, in Brussels, Belgium. His mother was a French diplomat and his father was an American businessman. After spending his childhood in Belgium, he and his family moved to the US in the mid-1990s, where they eventually settled in California.

2. He developed websites as a teen

If there’s one common thread that unites most entrepreneurs, it’s how young they were when they first started getting into business. While most of us spent our childhoods eating candy and playing video games, the entrepreneurs of the future were busy honing their talents and making money. Levandowski was no exception. As a teenager, he supplemented his pocket money by advertising his skills to local businesses. By the time he left high school, he was making a killing in web development.

3. He studied at Berkeley

Levandowski may have spent most of his free time as a kid making websites for cash, but he clearly didn’t neglect his studies. After graduating from high school, he won a place studying Industrial Engineering and Operations Research at the University of California, Berkeley. Despite the vigors of the course, he found time for plenty of money-spinning extracurricular activities. In his first year at Berkeley, he founded an intranet and IT services company called La Raison. In its first year alone, La Raison generated a fifty thousand dollar profit. Clearly not one to rest on his laurels, Levandowski spent the following year developing the BillSortBot, a robot constructed from Lego that sorted Monopoly money. After entering his creation into the Sun Microsoft robotics competition, Levandowski came away with first prize.

Levandowski’s career has been one of firsts. In 2003, he set the ball rolling when he and some Berkeley chums set about building the world’s first autonomous motorcycle. The motorcycle, which went by the nickname ‘Ghost Rider,’ took several years to perfect at a total cost of $100,000. Its base was a Honda RX: after retrofitting it with computers, video cameras, a GPS receiver, an IMU, and motors to power the clutch and steering, Levandowski launched his creation on an unsuspecting world at the 2004 DARPA Grand Challenge. As the first autonomous two-wheeled vehicle to ever compete in the competition, it caused a sensation. Levandowski subsequently donated the Ghost Rider to the Smithsonian National Museum of American History, where it resides to this day.

5. He created the first self-driving car

After the success of Ghost Rider, Levandowski was keen to see just how far he could go in the world of autonomous vehicles. The result was the PriBot, the first self-driving car to drive on public roads. At the time, Levandowski was working for Google. Although Google was initially cautious of having their name associated with a completely untested product (as Levandowski later recalled to The Guardian, the company was “worried about a Google engineer building a car that crashes and kills someone”) they eventually consented to Levandowski launching Anthony’s Robots to build his prototype. The prototype was successful. With it, Levandowski had demonstrated that self-driving cars were not only possible, but safe. Having convinced Google of the merits of his design, Levandowski was given the green light to head up a driverless car project within Google itself.

After several successful years with Google, Levandowski left the company in 2016 to found Otto. Eleven other Google employees jumped ship to join him on the project. At the time, Levandowski explained to Wired that he left Google due to his eagerness “to commercialize a self-driving vehicle as quickly as possible.” At Otto, Levandowski took the knowledge he’d acquired of self-driving vehicles to new heights. Whereas his ambitions had so far been confined to motorcycles and cars, now he was applying his ideas to big rig trucks. Impressed with the scale of his ambition, Uber put in a successful acquisition bid for Otto in July 2016. After the acquisition, Levandowski took the reigns at Uber’s driverless car division.

2017 was the year Levandowski’s career took an unexpected nosedive. Waymo, Google’s self-driving car project, filed a lawsuit against Uber alleging Levandowski had downloaded thousands of secret files onto his laptop prior to leaving the company the year before. Clearly, Uber didn’t take kindly to having that kind of scandal laid at its doorstep. Shortly after, it fired Levandowski for failing to submit information relating to his part in the probe by an agreed deadline. The lawsuit was eventually settled in February 2018 after a reported $245 settlement deal was reached. In July that same year, Uber closed the doors on its autonomous trucking program for good.

During his trial for corporate theft, Levandowski admitted to downloading thousands of secret files onto his laptop before he departed from Google. He confirmed during his plea that he had taken the files with the intent to “benefit himself and Uber Technologies.” He acknowledged that one of the stored files was a Google trade secret and that the estimated loss attributable to the theft was around $1,500,000. The judge overseeing the case described it as “the biggest trade secret crime” he had ever seen.

9. He was sentenced to 18 months in jail

According to The Information, Judge William Alsup described Levandowski in glowing terms during his judgment, calling him “brilliant, the groundbreaking engineer that our country needs.” That didn’t, however, stop him from passing judgment. Along with being ordered to pay $756,499.22 in restitution to Waymo, Levandowski was also served with an 18-month prison sentence. It was agreed that in light of the health risks associated with the COVID pandemic, he could defer his sentence until a later date.

Despite being served with an 18-month prison sentence, Levandowski won’t spend a single day in jail. As one of his last acts as president, Donald Trump extended Levandowski a full pardon. In a statement issued by the White House, Trump explained his actions by saying that “Levandowski has paid a significant price for his actions and plans to devote his talents to advance the public good.”