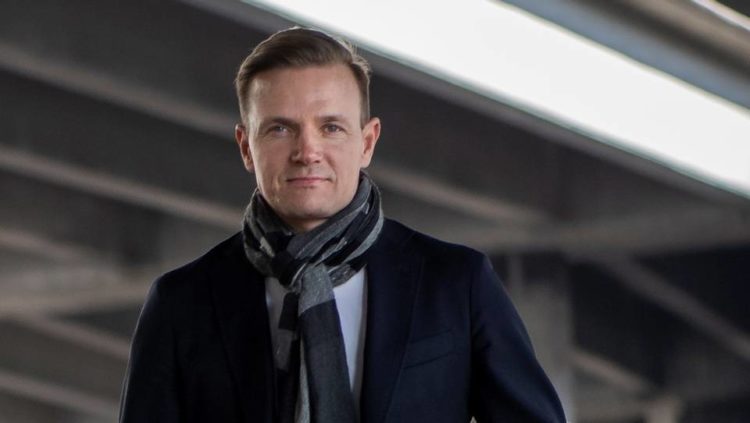 You may already know that Christian Brink Frederiksen is the CEO of Leapwork, but what else do you know about him? The truth is, most people can’t honestly say that they know a great deal about him. Fortunately, all of that is about to change. Below are 10 things about him that you might find rather interesting.

1. He considers himself a dynamic individual who sees things differently

According to Frederiksen, it’s all about learning how to see things in a way that allows one to create something new. He has repeatedly said that the very things that people need to create a new way of life are all around them. As far as he is concerned, it comes down to a matter of being able to look at the same thing every day, yet see a completely different use for it. He’s also quick to point out that as long as things are continuously done the same way that they have always been done, people will continue to struggle with the same problems that have plagued them for years. As such, it requires seeing things with a fresh perspective in order to break free from those problems and enjoy a better life.

2. He clearly believes in the power of computers

Obviously, he believes that both computers and Artificial Intelligence can go a long way toward giving human beings an opportunity at a better life. As far as his interests lie, it is in the marriage of technology and creativity that the best things eventually come to pass. In reality, he believes that one simply cannot exist without the other.

3. He likes the idea of helping to create a society that lives differently

One of the things that he has always had an immense interest in is helping to create a society where people have an opportunity to do the things that they are truly passionate about doing, without being bogged down by menial tasks that don’t pay well, yet take up the overwhelming majority of their time. By automating those types of tasks and using AI to complete them, he believes that human beings will be freed up to do things that are both more important and more fulfilling.

4. He knows that without technology, nothing will change

While many people are reluctant to use this type of technology in more than a few instances, he feels certain that without the use of such technology, nothing will change for society anytime in the near future. He points out the fact that people have been doing menial jobs that don’t even pay enough for them to keep a roof over their head for years, yet society has largely been content to continue living in this manner. He wants to use technology to change all of that.

5. He’s well aware that his views can sometimes be unsettling for others

While he is very excited about the prospect of using AI technology to allow human beings to have more fulfilling lives, he is also keenly aware that not everyone shares those views. In fact, some individuals vehemently oppose his views. There is a growing fear that computer technology will eventually take over the majority of entry level jobs that people are currently responsible for doing. While it’s true that it frees up more time in a person’s day to do the things that genuinely matter, there is also concern that those individuals who don’t possess the necessary skills to do more involved jobs will essentially be left out in the cold, with nowhere to turn.

6. He firmly believes that things are unsettling when people don’t understand

He says that people have a tendency to fear the things that they don’t understand completely. According to him, this is precisely why so many people fear the use of AI technology. It isn’t so much about the technology itself or what it is capable of doing, but fear of the unknown. To a certain degree, this is probably correct. Nevertheless, it also seems that people have some valid concerns about its use that certain individuals, including Frederickson, simply don’t agree with.

7. He also co-founded the company

While it is true that he is the current CEO for the company, it’s also worth mentioning that this is not his only role. He also serves as the company’s co-founder, something that he is immensely proud of. This is a company that he has wanted to create for some time, something of a brain child that he and his partner cooked up years ago. In many ways, the idea was there long before the technology existed to support it. In fact, it was only in recent years that AI technology progressed to the point where it would be possible to do the things that Frederickson has wanted to do for so long.

8. He wants to work with a small staff who also share his views

He tends to work with people who share his views and he likes to keep a tight rein on the things that his staff are involved with. As such, he doesn’t have a very big staff. At one point, he shared duties with only two other people. Currently, he has about six people on staff.

9. He used to work for Microsoft

As a matter of fact, his very first job in the Tech industry was for Microsoft. He headed up a department there that was dedicated to the creation and execution of new enterprises, thus keeping the business moving forward at all times.

10. It didn’t take long for him to decide he’s be better off forming his own company

He worked for Microsoft and then moved on to work for a couple of other tech-related companies before creating this current start up. The entire time, he was thinking about creating his own business and waiting for the right time in order to do it. He himself has admitted that he is far better off at running his own company than he is working for someone else.