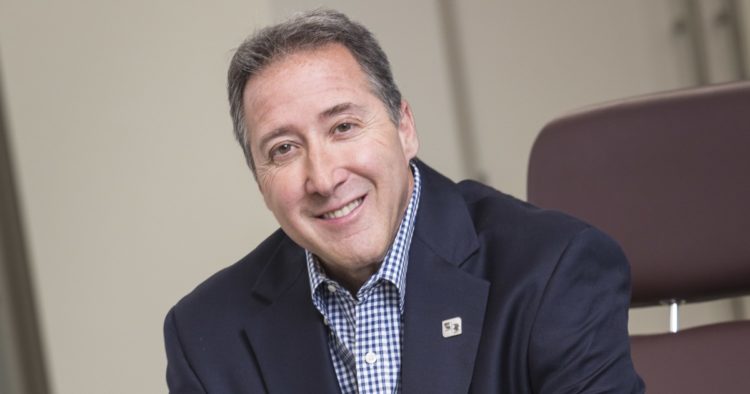 1. Went to University of Dayton

For his bachelor’s degree, Carmichael went to the University of Dayton, which is a Roman Catholic university that can be found in Dayton, OH. With that said, it is interesting to note that the school has an institute in Suzhou Industrial Park as well, which is an administrative area that can be found in the city of Suzhou in the Chinese province of Jiangsu

Later, Carmichael went to Central Michigan University for a Master of Science degree. Said school is one of the biggest public universities in the state of Michigan and beyond. For proof, look no further than the fact that it has more than 20,000 students enrolled at its main campus in Mount Pleasant, MI, which isn’t even counting the further thousands who have been enrolled for its online offerings.

3. Used to Be with Emerson Electric

Before Fifth Third Bank, Carmichael was with Emerson Electric. In short, Emerson Electric is an American multinational that manufactures various kinds of electrical equipment, with examples ranging from climate technologies to power technologies. As such, the corporation presides over a huge portfolio of brands that continues to see change on a regular basis.

Carmichael was the CIO of Emerson Electric when he left. As such, it is perhaps unsurprising to learn that when Carmichael signed up with Fifth Third Bank, he became its new CIO. In recent times, CIOs have become very important for banks as well as other companies involved in financial matters, both because of how IT can impact their employees and because of how IT can impact their customer relationships. Carmichael was someone who saw this trend coming very early on, which was one of the factors that enabled him to rise so high over the course of his career.

5. Believes that IT Remains Critical for Fifth Third Bank

Unsurprisingly, Carmichael continues to believe that IT is critical for the success of Fifth Third Bank, which makes perfect sense considering the extent to which businesses have computerized. To illustrate his point, Carmichael has been known to bring up various statistics about Fifth Third Bank’s use of IT in its operations. One excellent example would be how a remarkable 60 percent of its customers’ financial transactions happen through the digital side of things, while another excellent example would be how an even more remarkable 90 percent of its interactions with those same customers happen through the digital side of things as well.

6. Believes in the Importance of Keeping a Watchful Eye on the Future

On a related note, Carmichael is a believer in the importance of keeping a watchful eye on the future for executives. In significant part, this is because said individuals must be prepared to make use of the new capabilities that emerge in the marketplace on a regular basis, both because they represent challenges that must be overcome and because they represent opportunities that can be capitalized upon. As such, it is interesting to note that Fifth Third Bank has a head CIO overseeing four CIOs for four business units, all of whom are responsible to some extent for monitoring new technologies so that Fifth Third Bank won’t be left behind by its competitors.

7. Believes that CIOs Need to Understand the Business’s Operations

Speaking of which, Carmichael has stated that CIOs need to understand the nature of their businesses’ operations if they want to be as effective as possible. After all, CIOs are responsible for IT solutions that can help out those same operations, meaning that they can’t do their job unless they have a good understanding of how their co-workers do theirs. Carmichael has said that when he was still a CIO, he spent a lot of time immersing himself in the various operations so that he could soak up as much knowledge about them as possible.

8. Keeping an Eye on a Number of New Technologies

In particular, Carmichael has mentioned big data, which can help out Fifth Third Bank in various ways. For example, big data can be used to gain more insight into customers, which in turn, can be used to sell products and services to them with more efficacy than otherwise possible. Moreover, big data can enable businesses to do so while building stronger relationships with those same customers, not least because of how it enables personalized services.

Of course, Carmichael is responsible for overseeing Fifth Third Bank’s community outreach as well. Some people might be inclined to see such efforts in a cynical light, which is somewhat understandable because of the paramount importance of profit for businesses. However, it is worth pointing out that the interest in making a profit isn’t necessarily contradictory to the interest in contributing to community-building. After all, businesses have to be based somewhere, meaning that they are very reliant on communities for their employees as well as their other stakeholders. For that matter, a bit of goodwill can go a very long way in the world of marketing indeed.