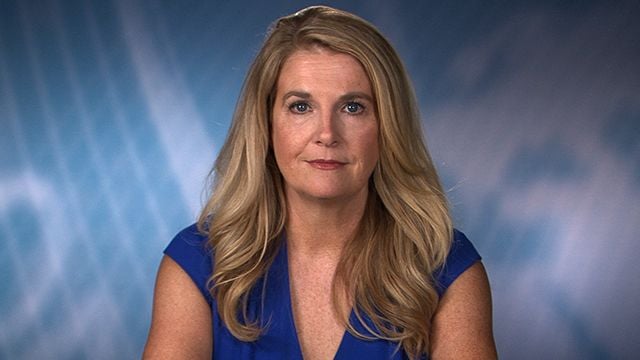 Katie Nixon is an American businesswoman and executive in the wealth management industry. She is currently the CIO of Northern Trust Wealth Management. She leads one of the larger national investment management practices in the United States. She has spent her life carving a successful career and stands as an example for young females who are aspiring to become leaders in the business world. Here are 20 things about Katie Nixon that you probably didn’t know, but might find interesting and even inspirational.

Katie Nixon is highly educated. After graduating from high school she applied for admission to the prestigious Wellesley College and was accepted into the Political Science and Government program. She attended the school from 1982 and she graduated with her bachelor of arts degree in 1986.

2. She went back to school for yet more education

Ms. Nixon knows the value of higher education and when she decided that she was going to aspire to higher positions of leadership in the business world, she realized that having an advanced degree and the knowledge that went along with it would help her to reach her professional goals. She enrolled in the master of business administration program in the area of finance at NYU Stern School of Business. She attended from 1990 through graduation in 1992 when she was awarded her MBA degree. She was a Beta Gamma Sigma.

3. She went on for yet more training and education

Even though she had already earned her MBA degree, Katherine was always looking for opportunities to enhance her current knowledge base and skill levels. She took three significant courses for certifications that would give her an edge in the leadership arena in the finance management industry. She completed courses for her CFA, CIMA, and CPWA.

4. Katie didn’t start at the top

Katie Nixon Began her career in September of 1986 at US Trust. She worked for the company as a managing director. She spent a total of 17 years and 6 months with the firm where she gained a great deal of experience in management within the financial services sector. She left her position with US Trust in February of 2004 after a long and successful career with the company. She didn’t start at the top of the business ladder nor was she remotely close to it. She spent nearly two decades of her life at the management level but it was a strong step in the right direction for becoming an executive within the industry.

5. She left US Trust to advance to a higher position

Katie had been successful in her job at the management level at US Trust but she had a greater potential. When the opportunity to advance to a higher-level position, she resigned from her post with the company upon being accepted as the Chief Investment Officer of the NE Region. She started work with the company in March of 2004 and remained in the position for 7 years and 10 months. She left NE Region in December of 2011 and gained a great deal of experience in her time there.

After leaving NE Region in December of 2012, Ms. Nixon was brought on board at the Northern Trust wealth management firm. She began the position as an executive leader for the company in January of 2012 and still serves in the same position. She has been in this position with the company for 8 years but has been with Northern Trust for over 15 years. Part of her responsibilities is the development of investment policy, focusing on the construction and implementation of portfolios. She is also the director of the 200 NT portfolio managers and she oversees the more than 60 Wealth Management offices for the company.

7. Nixon is happy to give interviews

We also learned that even though Katie Nixon is a busy executive she also makes the time to share her knowledge with others. She sat down with a correspondent from CNBC to give the world a bit of financial advice if not a warning about common mistakes that many make. She explained that many retail investors are erring on the side of safety and therefore only receive the minimum in returns. In order to make a substantial amount from investments, the risk is simply a requirement and many need to have higher returns so they are in turn forced to enter the murkier waters of a greater risk of investment with the potential to reap some profitable rewards.

8. She educates the public on a wide range of subjects

Katie Nixon shares a lot of information that she has gained throughout her decades in the wealth management industry. She advises an individual as well as businesses how to navigate through turbulence in the market, how to deal with higher rates as an investor, how to set investment goals and how to make important decisions in wealth management.

9. Katie Nixon is highly regarded by her colleagues

We learned that Northern Trust, a publicly-traded company that is respected for its successes is led by a team that holds Katie in the highest regard. When she was brought into the fold at the Chicago based firm a press release was issued that gave Nixon accolades for her successful track record and her broad experience in the wealth management industry. They also believe that she is highly qualified to lead the company’s investment practice and give her the respect that she has earned as a solid and knowledgeable professional in her field.

10. She is in charge of billions

In her post as Chief Investment Officer of the company, she oversees the management of over $163 billion in assets. The services that the company offers are available in 18 states. This is a large range of territories and in addition to ensuring that the portfolio managers are doing their jobs in accordance with company policies she is also in charge of strategic planning and guidance of the private client investment affairs. She is at the helm of the plans that guide the evolution of the investment offerings and platform for Northern Trust.

As a part of her position, Katie Nixon has been appointed as a member of the company’s committees for Tactical Asset Allocation, Investment Policy, and Investment Advisory. These are three very important committees and she is a voting member of each which means that she has at least some say in the direction that the company is going to take.

12. The President of Personal Financial Services gives her high marks

Katie has earned the respect of executives in high positions of authority. This has been accomplished through hard work and making wise business decisions. The President calls her capabilities for leadership “outstanding” adn she is considered to be a valuable asset to the company. Katie is viewed as a dynamic leader who will assist in the growth of the business for Northern Trust.

13. She earned an honor at college

While looking into Katie Nixon’s history we learned several interesting things about her. One of them is the fact that she received a high honor when she was attending New York University. she was honored as a Stern Scholar. She earned the distinctive designation as Chartered Financial Analyst as well as Certified Investment Management Analyst, and she is also a Certified Private Walth Advisor in accordance with the strict requirements for recognition as such from the Investment Management Consultants Association.

14. Katie works with the very wealthy

15. Katie is also a committee chair

In addition to her many responsibilities, Ms. Nixon is also the chair of the Wealth Management Investment Advisory Committee. This is an appointed position and only those who have inspired the most confidence are asked to chair this very important decision-making body. Katie’s words carry a great deal of influence because she has shown those around her that she is a highly capable professional who is a qualified leader and she has a keen sense of direction that makes her advisement of great value to those in the wealth management industry.

Ms. Nixon was listed as one of the most influential women in the private wealth sector for 2016. She was selected to join this elite and exclusive listing of just 50 women throughout the entire United States who have exerted the highest amounts of influence in their respective industries. Private Asset Management selected her to be a part of this list.

Prior to assuming the helm at Northern Trust, Katie worked at a company that managed assets that exceeded the $7 billion mark. This was in her post as CIO at US Trust Company and she did so for nearly 18 years before accepting the job at Northern Trust. She has a long track record of working with billions of dollars under management. She also served on important committees at her previous post which made her current responsibilities something she already had gained experience in. She was well-prepared to step into her current role.

Within the sphere of the wealth management industry, Katie Nixon is a name that most are familiar with. in addition to all of the other committees and groups that she is either chair or at least a member of, she serves on two other important organizations. Katie Nixon is a member of the Investment Management Consultants Association, also known as IMCA, and she is also a member of the New York Society of Security Analysts.She brings an impressive array of credentials and work experience.

19. She is a private person

Katie Nixon is a savvy executive in the business world and we can tell by the level of responsibility that she shoulders that she maintains a busy schedule. When we looked further into her past, it became apparent that she is a private person who values her personal space. You won’t find her name appearing in tabloids or in gossip columns. When we attempted to learn more about her family, her dating history and what she’s been up to in her personal life, the information was extremely limited. It became obvious that she likes to maintain her space away from prying eyes.

20. She takes advantage of all opportunities

We also learned that Katie Nixon has learned through the years that women need to become more confident in their potential and true capacity. It takes a great deal of commitment, research, reading and putting what you know into action to build this. It’s something that she has done in her own life and these are some of the things that she encourages other women in business to do as well. It’s a matter of professionalism and taking advantage of every opportunity that presents itself in order to become stronger in the business world and to build your individual personal resume. Investment is a tough business whether you’re a man or a woman and a career in this field can be a real challenge, but if you’re willing to put in the time and effort and remain committed to reaching your established goals and beyond, you can achieve a great deal of success. Nixon stands as an inspiration for women in business as well as an example of how following these simple and basic principles can make a huge difference in the outcomes for your career. She has a lot of great advice for women in finance. 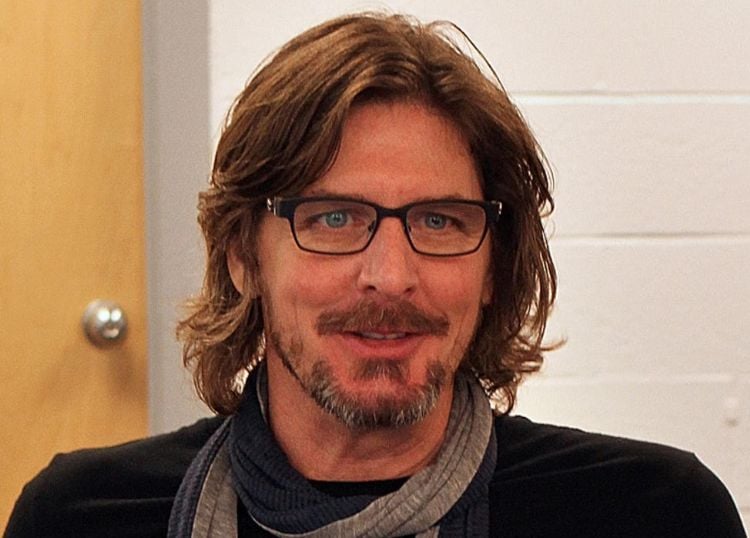 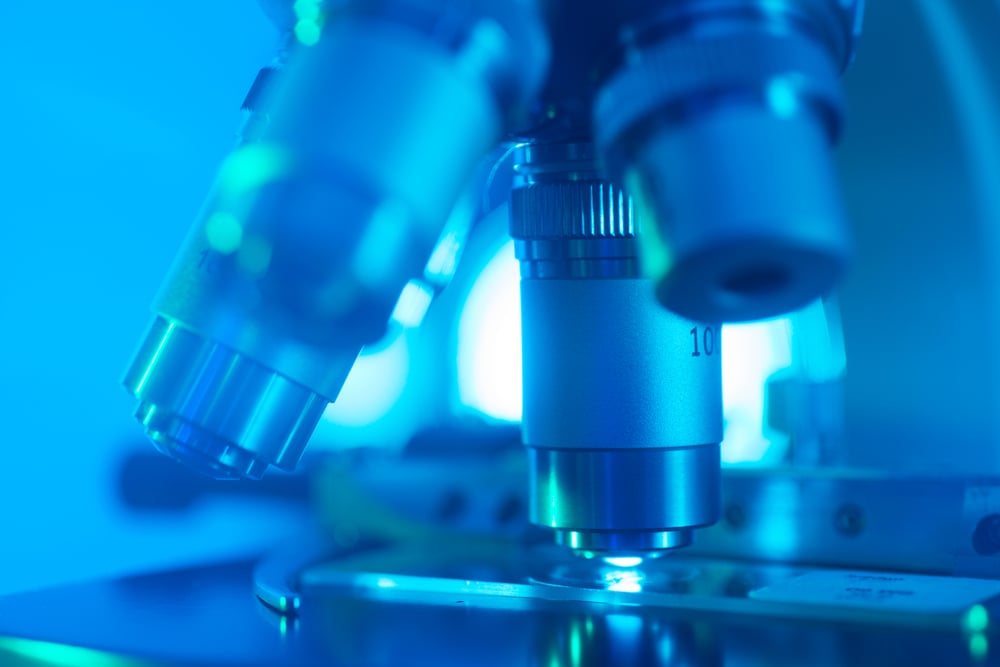 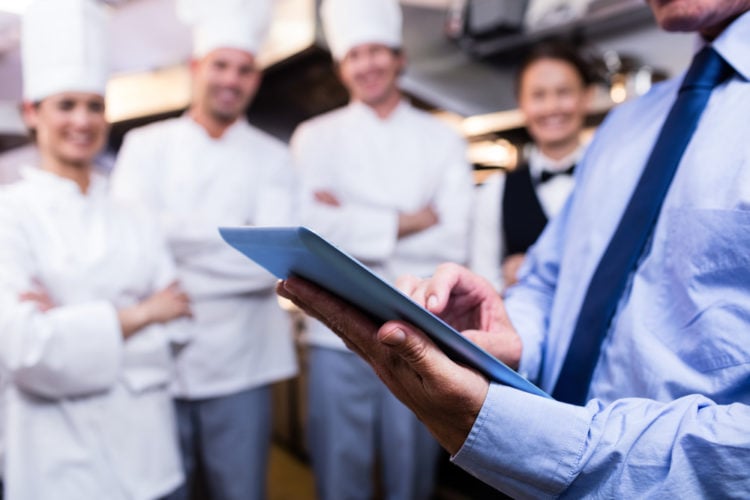 Snapshift is a Parisian startup that has recently made the news… 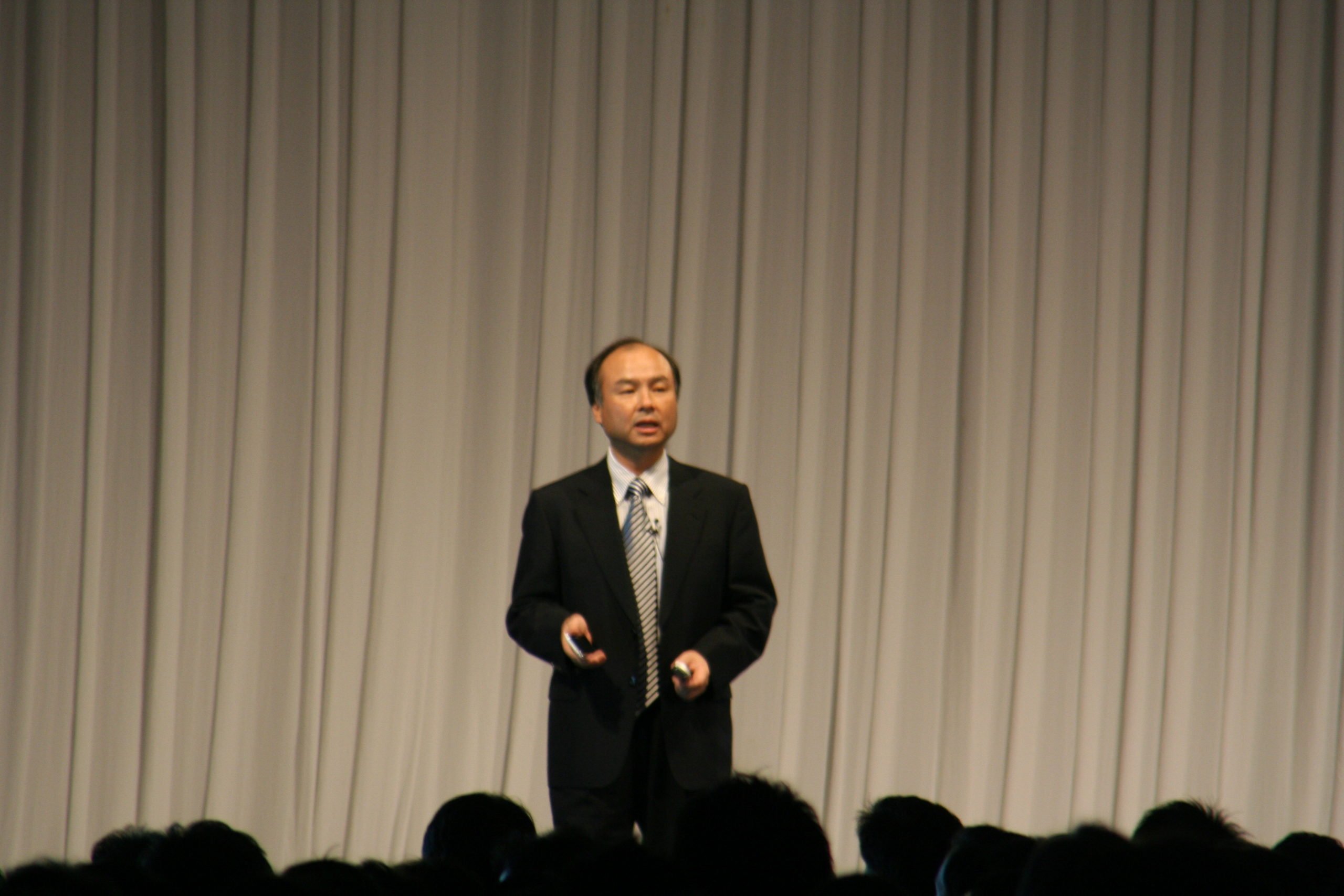 There are instances of people losing more money than most people… 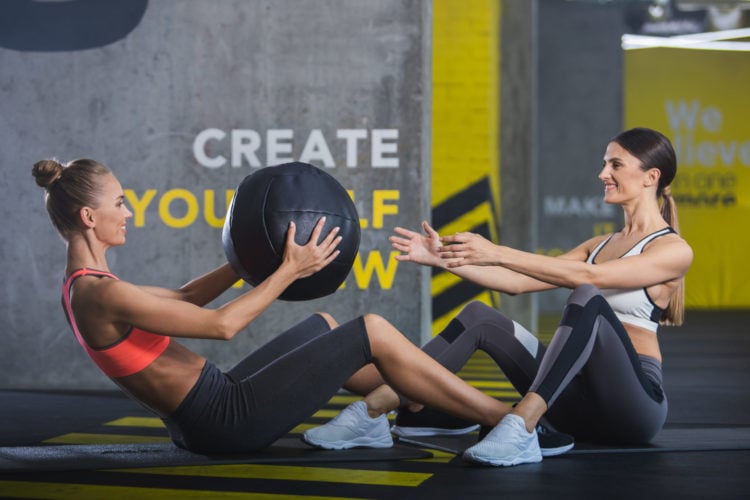 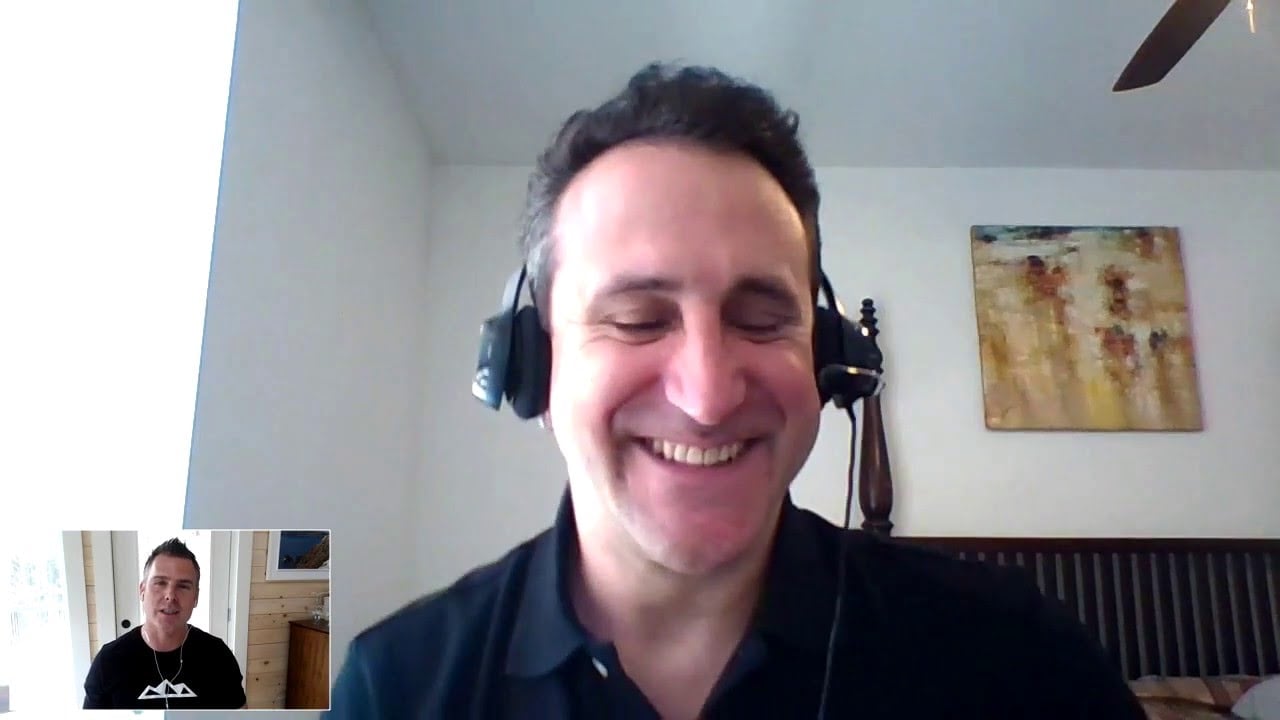