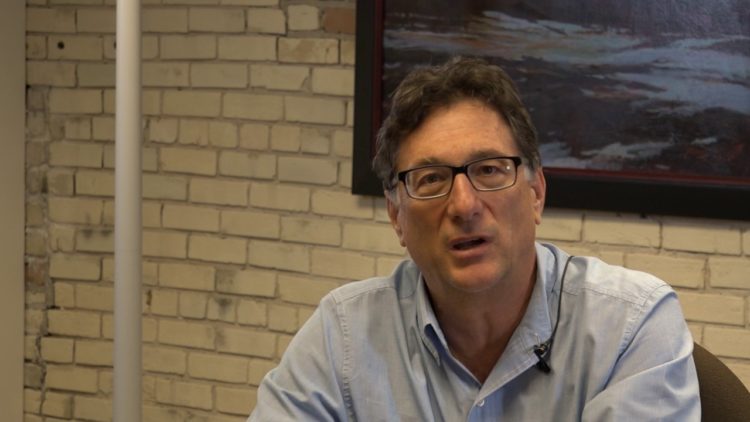 Marty Lagina is a reality television personality, engineer and entrepreneur. His most noteworthy work remains to be in the Curse of Oak Island series where he is not only the producer but also one of the people who fund it. Looking at the operations of the series, the budget should cost a fortune. This includes the sophisticated equipment they use on the show. In retail stores, they cost thousands to millions of dollars. Though it is not known how much exactly Marty puts into the show, it must be a significant amount considering he holds 50% shares. To many people, funding such a show would be too much to handle, but not for him. His immense wealth enables him to do that effortlessly. According to Celebrity Networth, his current net worth is valued at $100 million. Just like most wealthy people, Marty has mastered the art of exploring and investing in several ventures. These have contributed to building his wealth to what it is today. They include;

His brother Rick came up with the idea to create a reality Tv show that focused on finding hidden treasures. This was after they read an article on Reader’s digest that pointed out the possibility of getting valuable treasure from the Curse of Oak Island. It was believed that pirates used to stash away their treasures in one of the sites on the Island. The brothers then took it upon themselves to discover these valuables. With the backing of Prometheus Entertainment, they went on shoot their adventures and create a series. Though it was not easy to acquire the necessary permits required for them to begin work in Canada, they managed to and started the reality show. They also bought most of the land on the Island and now own 78% of it. Together with a team of relevant experts, Marty, his brothers and the other cast set out to find treasures in the island. They have managed to uncover, bone fragments, coins, platforms, human bone fragments and metal from pre-1795 among others.

So far, the Series is doing well and has got many viewers. According to TV By The Numbers, Curse of Oak Island is among the top 25 original cable shows among adults between the ages 18-49. As Marty is both a cast and producer of the show, his salary must be good. Even though he may put some back into the show, it has contributed to his current millionaire status. Otherwise, he wouldn’t still be in the show if he wasn’t getting his money back.

Apart from Marty and his brothers, there is a high probability that the series Curse of Oak Island also receives backing from other investors, since most reality shows of a similar nature do. If that’s the case, their investment and contribution propels the series even higher and boosts its income.

Before venturing into the world of show business, Marty started a company, Terra Energy, in 1982. The company dealt with the extraction of natural gas. During the 1990s Terra Energy harvested natural gas from Shale located in Midwest. The company brought in handsome returns and the peak of it was when Marty sold it off, to a company called CMS Energy, for $58 Million. Using the proceeds from the sale, he bought shares of Chartwell Properties, LLC and became a majority shareholder. Still interested in the energy business, he later launched yet another company, known as Heritage Sustainable, that tapped into wind energy. To date, it has continued to expand and earn him a decent income. The company hopes to build 60 Wind Turbines in Missaukee, Michigan. If this move is successful, the company will be rated among the top producers of wind energy in Mid -West.

He also runs another business, Mari Vineyards. It is a winemaking business that he began back in 1999. His family had been into winemaking for a long time. Having seen how a winery is run and its profitability, Marty was inspired to start his own. Though the company was not successful during the initial years, it got its big break in 2006 when they started producing a flagship bottle Row 7. The company now boasts of over 60 acres in Michigan. Though Marty is still part of its major operations his son Alex does most of the work.

An engineer is one of the titles Marty has to his name. According to Celeb’s Fortune, he undertook a Bachelor of Science degree course in Mechanical Engineering from Michigan Technological University and graduated in 1977. Immediately after, he began studying for Juris Doctorate at the University of Michigan, in the field of law and graduated in 1982. Before starting his businesses he had worked in a couple of engineering jobs. His first job was as a Petroleum Engineer at Amaco Production Company. He later began working as an independent consultant engineer for various corporations. Even though these jobs may not have earned him as much as his businesses do, the income he attained contributed towards him accomplishing his dreams.

Lagina was the chairman of the Michigan Oil and Gas Association. Currently, he is part of the American Society of Mechanical Engineers, and the Michigan Tech Board of Trustees and Presidents Club. Though he may not be on the payroll in these organizations, the influence and connections he has acquired from being part of them boost his businesses.

The Curse of Oak Island is now in its seventh season. For a series to release this number of seasons, it only means that it has achieved a sustainable number of viewers and continues to make a profit for its creators. Marty’s wealth continues to grow following the success of the series. His businesses are not a letdown either. They continue to make him richer by the day