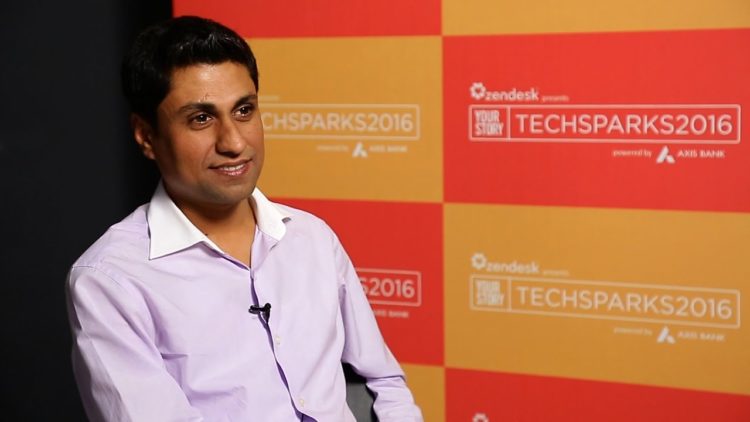 Sravanth Aluru is the CEO of Avataar. In recent times, interested individuals might have seen his name in the business news because of the reveal that his company has managed to raise $45 million in funding. Considering Avataar’s mission, this could mean big things in the times to come.

Aluru went to the Indian Institute of Technology, Bombay. Said institution is one of a number of schools founded for the purpose of promoting industrial development in India after the Second World War. Of course, the Indian Institute of Technology, Bombay is based in Mumbai, which was renamed thus in 1995 to remove a reminder of colonial rule. It was the second of the schools to be founded, having been beaten by its counterpart in Kharagpur in this regard.

2. Went to the Wharton School

Later, Aluru did a MBA at the Wharton School, which would be the business school of the University of Pennsylvania. It is considered to be one of the most prestigious institutions of its kind that can be found in the entire world. Something that says a lot considering the competition.

3. Has a Background in Engineering

Perhaps unsurprisingly, Aluru studied tech at the Indian Institute of Technology, Bombay, with the result that he went on to become an engineer. Moreover, he did a fair amount of work as an engineer, as shown by how he has more than 10 U.S. patents in fields such as AI and data transmission optimization.

Aluru became interested in AI when he was working at Microsoft. Unsurprisingly, said company is one of the numerous organizations that are pouring huge amounts of resources into said field. After all, while true AI is still far from our reach, huge advancements have nonetheless been made in this regard. Something that has made for a huge expansion in machine capabilities. For proof, look no further than machine learning, which is now enabling machines to pick up on patterns that once required the skills of human experts. As such, there is a lot of money at stake in AI, which isn’t even mentioning the other potential considerations.

Speaking of which, Aluru also became interested in computer vision when he was working at Microsoft, which can be considered a field of AI research. For those who are unfamiliar, computer vision is focused on figuring out how machines can gain an actual understanding of images and videos, which can seem simple but is nonetheless pretty complicated in its own right. In fact, computer vision is one of a number of AI fields that seek to imitate functions that most of us take for granted because those processes are so natural to humans.

6. Went On to Become an Investment Banker

It seems safe to say that Aluru has an excellent understanding of the financial side of things as well. This is because he didn’t just remain as an engineer. Instead, he went on to become an investment banker, which calls for a very different skill set. Aluru focused on a number of topics during that part of his life. For example, he helped tech entrepreneurs scale up as a part of entering the international stage. Similarly, he helped out with IPOs as well as mergers and acquisitions. As such, one could say that Aluru isn’t exactly a new hand when it comes to his new responsibilities as a CEO even if he is now involved in a very different way from a very different perspective.

7. Runs a Company Based Out of Bengaluru

Nowadays, Aluru runs Avataar, which is based out of a couple of cities. One would be Bengaluru, which might be better-known to interested individuals under the name of Bangalore. It is one of the most populous cities in India, so much so that it is beaten in this regard by just Mumbai and Delhi. As for why Avataar is situated in Bengaluru, the gist of it is that said city is one of the centers of India’s tech industry. Indeed, it has outright been called said country’s version of Silicon Valley.

8. Runs a Company Based Out of San Francisco

As for the other city, chances are good that interested individuals can guess that Avataar is also based out of San Francisco. After all, it makes a lot of sense for up-and-coming tech companies to base themselves in tech hubs, seeing as how that makes it much easier for them to recruit the tech talents as well as access the other tech-related resources that they need to thrive.

9. His Company Is Meant to Address a Major Flaw of E-Commerce Operations

What makes Aluru’s Avataar interesting is that it is meant to address a major flaw of e-commerce operations. In short, people can examine what they are buying when they choose to shop offline. E-commerce has come up with various ways to fill in some of the gap caused by how interested individuals can’t do the same when they choose to shop online. However, none of them are even close to being a perfect substitute for the real thing. Avataar wants to make it possible for interested individuals to see what they are buying and even touch what they are buying when they shop online, which might sound like the stuff of science fiction but is closer to being realized than what a lot of interested individuals might have expected. If Aluru’s company can get it right, it stands to benefit a great deal from the ever-increasing use of e-commerce in the next few decades.

Of course, Aluru’s company wouldn’t be able to succeed if people need sophisticated technology to do all of those things. After all, it is hard to imagine someone buying specialized electronics just so that they can have a somewhat superior online shopping experience. As such, it should come as no surprise to learn that Aluru has said that neither e-commerce companies nor online shoppers will need sophisticated technology to use his company’s services. So long as the latter has either a iPhone or an Android released sometime in the last few years, they should be good to go.