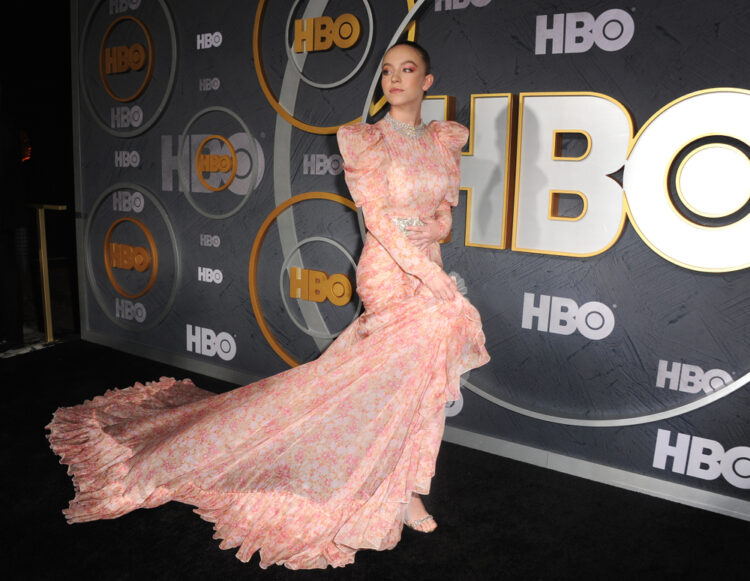 Sydney Sweeney’s net worth is now $4 million, proving that your background does not determine your future. Currently, she can buy whichever car or house she wants. About ten years ago, she had to drive to school in an old Volvo her grandparents gifted her; it leaked so much oil that she placed cardboard on the floor. Things have changed; she bought her first home in November 2021 for $3 million and is planning to expand her collection of vintage cars. It has taken a lot of hard work and persistence to achieve these milestones, as you shall learn from the details below.

Choosing Acting Leads to Bankruptcy for Her Family

Sweeney grew up in Spokane, where she had a very active childhood. Her cousins would always go to her house and teach her to start fires with a magnifying glass. She was also involved in sports and enjoyed riding dirt bikes, playing football, softball, golf, and even basketball despite being too short. Playing was not enough to keep the young girl fully engaged, and she often found herself living in an imaginary world. As a result, by the time she was 12, Sweeney was determined to be an actor, and an opportunity came when she saw auditions for an indie film. However, she had to convince her parents, who believed that education was instrumental to one’s success – her mother is a lawyer, and her father is in the medical profession. Therefore, in their opinion, acting was not a great career choice, and according to People, Sweeney’s parents thought their daughter was living in a fantasy world. They believed that since Spokane is such a small town, Sweeney would never go from being a small-town girl to a Hollywood star.

The actress, therefore, created a PowerPoint presentation to show her five-year business plan for becoming an actress. She had it all laid out that by the time she turned 18, she would have enough money for all her needs. Unfortunately, the plan was only viable on paper. She booked random roles, and her parents had to travel between Spokane and Los Angeles to see their daughter’s dream come true. Eventually, they sold the family house in Spokane and settled in California. The financial situation got worse when Sweeney’s father lost his job, and they had to file for bankruptcy because they could no longer afford rent. For nine months, the family of four, including Sweeney’s brother, lived in a single room at Holiday Inn. When Sweeney turned 18, she could not help but cry. Her five-year business plan had not panned out. She could not fulfill her desire to buy back the family house in Spokane because she did not have enough money.

A Pipe Dream Turns into Reality

According to GQ Magazine, a casting director once told Sweeney that she would never be on TV because the hopeful actress did not have the right look. She was advised to lose weight or told that her hair was the wrong color. Still, she never lost hope, and after being in several minor films, she got her breakout role in 2018 when she starred in “Everything Sucks.” It was a short-lived teen series, but it helped launch Sweeney’s career. The actress even said that she cringes whenever she recalls all the other roles she had landed before “Everything Sucks.” Soon after, she got a role in “Once Upon a Time …In Hollywood,” starring alongside Brad Pitt and Leonardo DiCaprio. Pitt and DiCaprio earned $10 million each, so Sweeney probably received a few hundred thousand dollars. The actress has a reputation for giving her all in whatever role she gets.

In 2010, Sweeney asked her parents to lock her in the basement to prepare for her character in “The Ward.” According to The Things, the basement was more of a crawl space, and Sweeney thought being in a dark place would help her be in an emotional state of mind the character demanded. Then came “Along Came the Devil,” and she had to watch many horror films, including “The Exorcist” and work with a movement coach to depict different stages of possession. Such dedication finally led her to star in “Euphoria,” where she reportedly earns $350,000 per season, half of what co-star Zendaya makes. With two seasons already out, that translates to at least $700,000.

Sweeney is the sort of person who believes everything is achievable. The actress even studied business to avoid being taken advantage of when signing contracts. As a child, she loved cars. According to CR Fashion Book, she thought she would be a racecar driver. Her passion for cars has not faded with age, and she dreamed of owning a Lotus Evora. Unfortunately, she did not have much money growing up and had to be content with the family car, an old Land Cruiser. Her luck changed when she could afford to buy a 1969 Ford Bronco and, with the help of her father’s best friend, restored it. The friend was kind enough to take the actress through the entire process of car restoration. She put her skills into restoring a 1965 baby blue Mustang and hopes to restore a Porsche soon. Should she turn it into a side hustle, it could earn her money that would push Sweeney’s net worth upwards.

After all, she has someone like Rob Myers, founder of RM Auctions, a self-made millionaire from car restoration to inspire her. In the meantime, Sweeney wants her TV production company, Fifty Fifty Films, to impact the entertainment industry. She launched it in 2020 and, by July 2020, had already picked her first project, “The Players Table,” adapted from Jessica Goodman’s debut novel, “They Wish They Were Us.” The go-getter loved the book so much that she reached out to Goodman to buy film rights. She was excited to star and executive produce it, and it is only the beginning of a prosperous career in TV production. With Jerry Bruckheimer’s net worth of $850 million, Sweeney is on the right path to success.