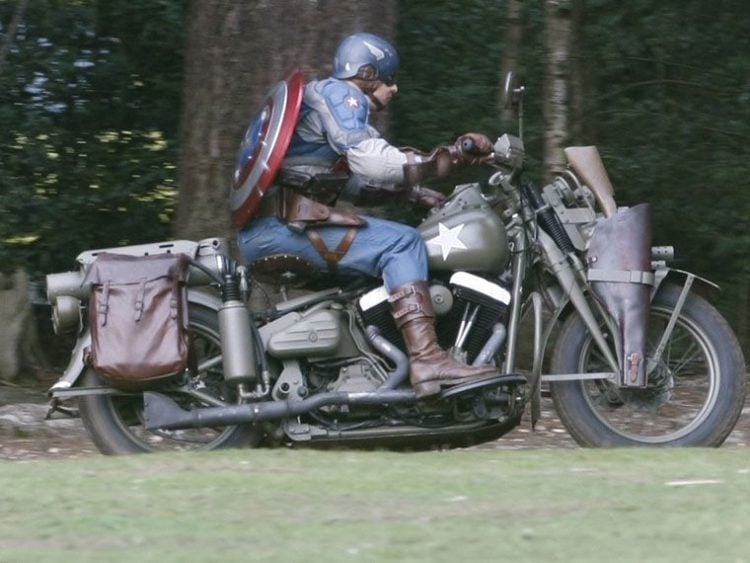 A Superhero for a Nation

In June of 1938 DC Comics brought a superhero to the world: Superman. Nearly indestructible and able to soar above the clouds, he was definitely a hero that the fictional city of Metropolis needed. But the horror of World War II brought a level of anxiety and discontent to the American people that Metropolis’ hero couldn’t touch, and in 1941 Marvel Comics gave the world its answer: Captain America.

Captain America was a hero by the people, for the people, a scrawny young soldier named Steve Rodgers, who subjected himself to an experimental government serum that rendered him superhuman. With a patriotic get up in red, white, and blue and an indestructible shield that he would throw at enemies with incredible strength, Captain America took on America’s enemies of war and fought the incredibly good fight…very cool guy. So cool, in fact, that he rode a killer motorcycle in Army green with a single star on each side of its gas tank that was as patriotic as his starred and striped suit. If he couldn’t fly, he might as well ride a bike. We think it was a great alternative; it represents fighting the good fight for the USA.

More About His ‘Bike’

Since the Captain America saga is set during World War II, this fact had to be taken into consideration when the film ‘Captain America: The First Avenger’ was made. The result of that consideration was that Captain America couldn’t feasibly ride a Ninja or a Hayabusa…superbikes weren’t even a consideration back in the day. No, realistically speaking, Japanese bikes would be taboo, so to keep things real (and even cooler, in our opinion) America’s avenger would ride the most American motorcycle known to man: A Harley-Davidson. It was a 1942 WLA Liberator Army motorcycle, to be exact.

Wait a second…we should clarify. As fans know, the 1942 Liberator was what the hero Rodgers rode in 1941…but what about when he was in modern times? Yes, after an accident which rendered him frozen and presumably dead up north, the government found him, frozen, and took him back and thawed him out…which brings him to the present. So, what did he ride once he got his feet back on the ground? Well, there were three different bikes the Captain tooled around saving the day on: A Harley-Davidson Street-750, a Harley-Davidson V-Rod, and a 2012 Softail Slim S, which was brand new when the film version of the story was made. Yes, they stayed true-to-form when transferring America’s Answer from 1941 into our time when it came to buying American.

The Bikes: A Closer Look

For the sake of all who desire knowledge, let’s find out some exact details about each of these cool USA-made bikes: 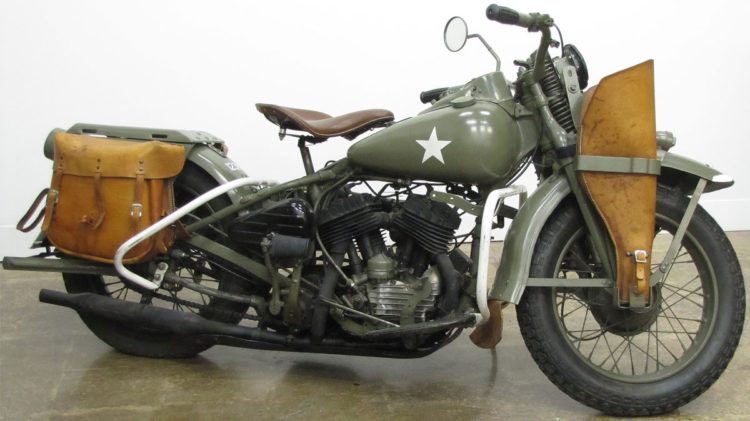 The truth of the matter is that Harley-Davidson got together with movie executives and created 5 Liberators total for the movie. Of course, more than one was needed in case of damage, etc. They were actually modified versions of the ‘Cross Bones’ model by Harley, which were only made to look like the true, grass-roots 1942. The two companies also collaborated when it came to the extras, like the leather gun scabbard that went with the bike, and the ammunition box as well. The bikes were not only used to for regular riding in the film, but they were also used in stunts…hence, five of them.

Here are some quick specs: 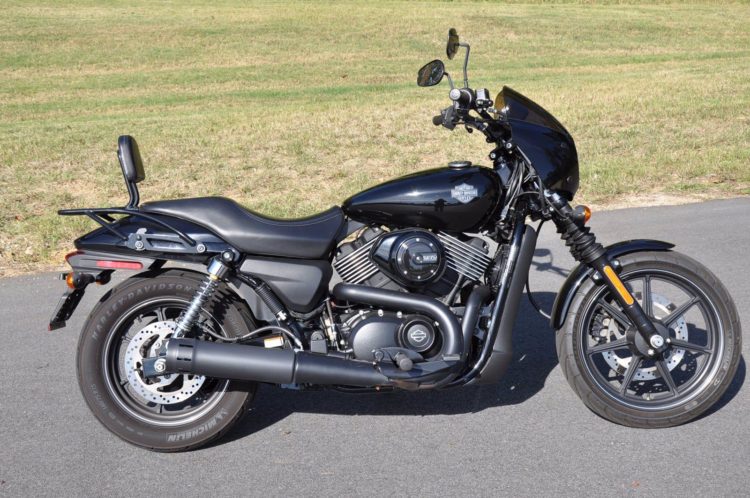 This bike was not actually introduced to the public until 2013, so those who saw the movie actually got a sneak peek. It was first used by the Captain America character in the movie “Captain America: The Winter Soldier”, which was released in spring of 2014 (https://blog.motorcycle.com/2013/11/13/videos/harley-davidson-street-750-featured-new-captain-america-film/). The bike, in basic black matte with the Harley emblem on both sides of the tank, is on display at the EICMA International Motorcycle Exhibition in Milan. Here are some of the bike’s specs:

Big difference in the power of these two motorcycles, isn’t there? Let’s see what the last two had to offer our hero. 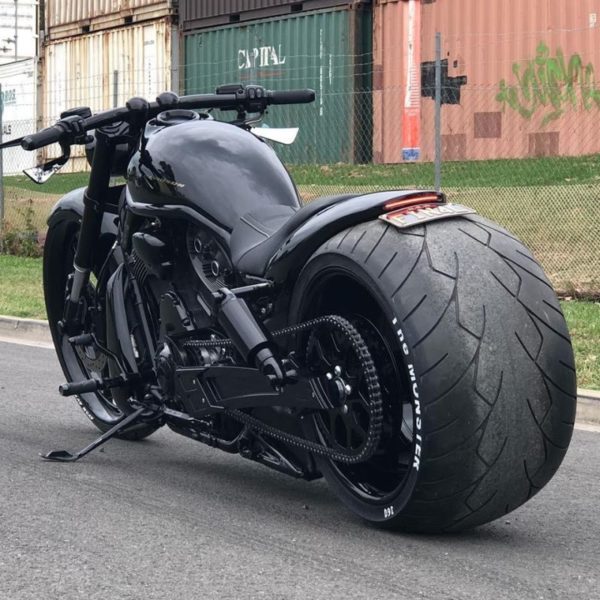 Seen in “Captain America: Civil War”, the Harley-Davidson V-Rod had a single-fill gas tank like the Street-750, but it had dual brakes on the front, which was a differing feature. Considered more of a performance-oriented bike than the Street, it was used in chase scenes and such in the film. Check out these specs:

Yes, we’d say the V-Rod was more ‘performance-oriented’, wouldn’t you? Here’s the last bike used by Captain America in the movie series. 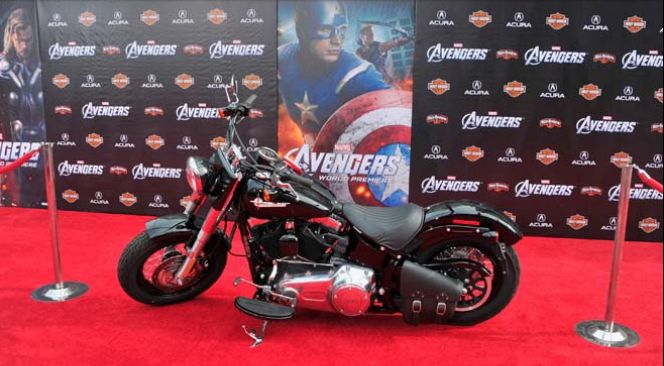 Looking much like other bikes ridden by Captain America, the Softail Slim S was featured in the film ‘The Avengers’, in which the Captain joined forces with others in fighting for the greater good. Here are some of the bike’s specs:

So, there you have it: The lowdown on all the bikes used in the Captain America film series for the character. Interesting, huh? Considering the past vs present plot twist, we think they did a pretty good job of keeping Captain America, and his motorcycles, true to form. Check out the links above for more detailed information, and stay patriotic!