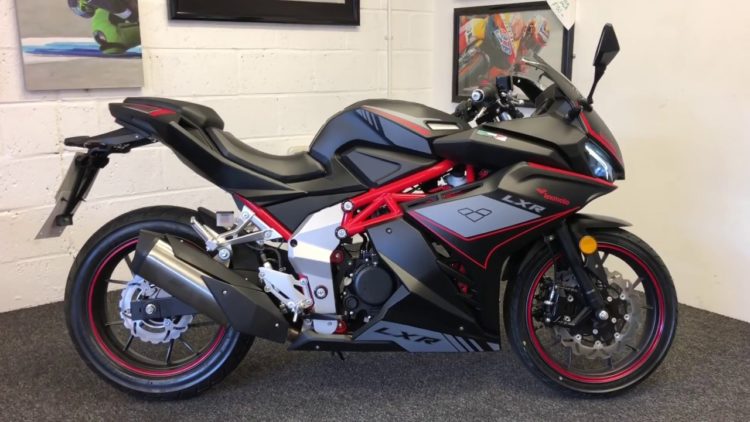 Beginner bikes have an important place in the motorcycle community. They’re the machines that help us build our skills in preparation for street or track riding. The Lexmoto LXR is a model that came out with a mixed bag of reviews by a few, but it became one of the best-selling motorcycles in its class for the brand. It’s undergone an evolution in the past 3 years, but it’s been hailed as a good beginner bike from day one.

Bennetts offered their opinions on the good and the bad of the 2018 model of the Lexmoto LXR 125 out of the gate. On the plus side, the bike offered decent performance with good looks at an affordable price. On the downside, the motorcycle was heavier than some other brands with less badge appeal and a lack of sophistication. The basic entry-level motorcycle featured a 125cc liquid-cooled 20vale SOHC single engine with 11.7 bhp and 7- lb-ft of torque in a fuel-injected system. A 5-speed transmission came with the original version of the bike. If you were looking for an affordable bike, the 125cc sports bike was a good option.

Visor Down confirmed that three years later, the LXR 125 has received a few new updates. Among them are a new gearbox, screen, and a boost in power. The Lemxmoto LXR 125 was the highest-selling sports bike for the brand in 2020. The success in the marketplace didn’t stop Lexmoto from adding some upgrades to the 2021 lineup. It’s a part of their commitment to maintain relevancy and keep up with the demands of their clientele.

An update that kept all the goodies

If you loved the 2020 Lexmoto LXR 125, there’s no need to worry about losing any of the benefits. Lexmoto has retained its big-bike dimensions with all of the original trappings that made it popular with riders. The 2021 model year will feature a 125cc single-cylinder motor that is Euro 5 compliant. It’s also liquid-cooled. The most significant changes are in the power and torque. The claim for the new updated model is for ma power of 12.5 bhp at 9000 rpm with 11 Nm at 6750 rpm. They’ve also upgraded the gearbox with a new 6-speed as a corrective measure absent from the previous year. This kind of improvement can relieve the minor annoyances that fans of the model were willing to put up with for the other benefits. Another notable update is the redesign of the rear shock linkage. The new design gives the bike a better feel on the road with sportier handling.

The target audience for the new updated 2021 Lexmoto LXR 125

Two versions of the LXR 125 will be available in the regular LXR 125 and the LXR SE 125. Both retain their basic features from the previous model year with nifty upgrades to enhance handling and performance. These are bikes that are designated for beginners as a learner bikes and also for A1 riders. The 820 mm seat height gets a boost for those who enjoy the higher ride. Shorter riders can opt for a lowering kit to achieve a custom fit for the sake of comfort. The LX125 is a bike best suited for smaller riders of all ages, but it’s especially popular among the middle to late teen groups.

Lexmoto is proud of its new LXR 125 for 2021. It’s advertising pictures that confirm the new edition will come with tons of curb appeal. The bike will be available in your choice of gunmetal and blue, white and blue, and black and red color combinations. The LXR is the flagship model in its range loaded with impressive features. The bike is likely to be a success thanks to its attractive and lean silhouette. The new bike is a sporty show stopper. This bike takes center stage with its enhanced sophistication. Lexmoto successfully addressed the annoyances that some riders and reviewers vocalized about 2018 through the 2020 editions without losing any of the features they found appealing. One look at the new edition reveals the subtle changes that seem to give it a little more spark, and this becomes clear when you take it out for a test spin.

Rideapart adds that the new LXR 125 also received a new full-color TFT display as one of many premium features. The brand also decided to throw in a few new colorways for variety. It’s also available in black and gold and black and white with the LXR SE 125 available in red and black only. The starting price of the LXR 125 is $3,459 with the SE edition starting at $3,874.

The Lexmoto LXR 125 is a sports bike that is inspired by the racetrack with its sleek and sporty silhouette. The new updated version will offer a few exceptional upgrades to give it a little extra curb appeal. It also gets a boost of extra power with a slightly different look and feels. Improved handling and maneuvering with a redesigned seat improve its overall comfort and performance. For those who were happy with the previous edition, there is a big surprise waiting. Lexmoto listened to the praise and the complaints and went to work to bring about the changes riders asked for. The list wasn’t long but the brand managed to make the top-selling bike even better than it was before. I still ride like a bigger bike thanks to the larger front and rear tires. Lexmoto aims to please and to keep loyal riders happy and satisfied with their purchases. They’re still offering this value-added version at a price that puts it within the affordable range for most riders.