Home
Motorcycles
A Closer Look at the 2001 Triumph Bonneville 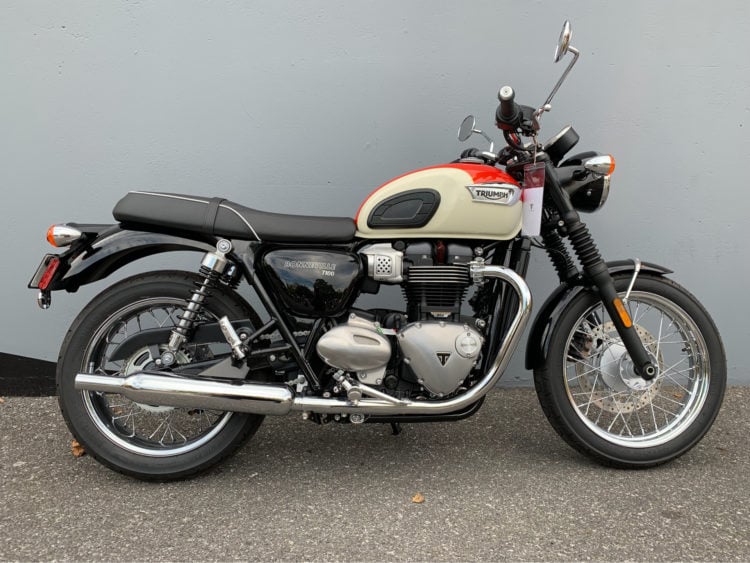 When you say the word to yourself, what comes to your mind? Victory? Perhaps it gives you the sense of having conquered something when you say it aloud. Most of us are aware that to triumph is to win, and it’s likely that we all visualize a time of winning from our own lives when we hear or say the word. And we can also imagine that the men behind Triumph Motorcycles, Ltd. got the same type of visuals, which likely made it easy for them to settle on the name ‘Triumph’ when considering a new name for their company. Originally called Triumph Engineering, the United Kingdom-based manufacturer has been able to bounce back from hard times under the guidance of the former Bonneville Coventry, Ltd. heads who are now in place.

Regardless of the ups and downs Triumph has been through, the company is still around, and they continue putting out new motorcycles every year. One of the bikes that help to keep them afloat and stand the test of time was the 2001 Triumph Bonneville, which was first released to the public in 1959, and it was produced until 1983; there was a total of 385,000 of those original Bonnevilles made, most of which (308,000, to be exact) were sold in the United States. Triumph Engineering was responsible for that first generation of Bonnevilles, and they were responsible for the second, as well, which ran from 1985 to 1988. 2001 would prove to be a third chance for the model, but this time the bike would be manufactured by Hinckley, Leicestershire’s Triumph Motorcycles. That’s they year that would be not only the onset of the third Bonneville generation, but another long run for the model, as well; the bike is still in production today.

But let’s slow things down and rein things in a bit, here. It is, after all, the 2001 Triumph Bonneville that we are focusing on today, and what better way to do that than by means of a ’10 Things’ list? Thinking it would be both fun and interesting to aid you in the furthering your Bonneville education, we compiled a list of ten things we expect you did not know about this bike before this article. While it has a fairly rich history, and a background full of compelling facts, the 2001 managed to really get the ball rolling again for England’s biggest and most well-known manufacturer of motorcycles, not to mention the fact that it was a cool bike all the way around.

A Bike By Any Other Name…

The 2001 Triumph Bonneville is also referred to as the Hinckley Bonneville by some. The reason for the ‘nickname’ was the fact that the 2001, which, again, was the first year of the third generation, was manufactured by the new company, Triumph Motorcycles, Ltd. As we stated earlier, the company is based in Hinckley, in Leicestershire…hence the nickname

Taking Off Right Out of the Gate 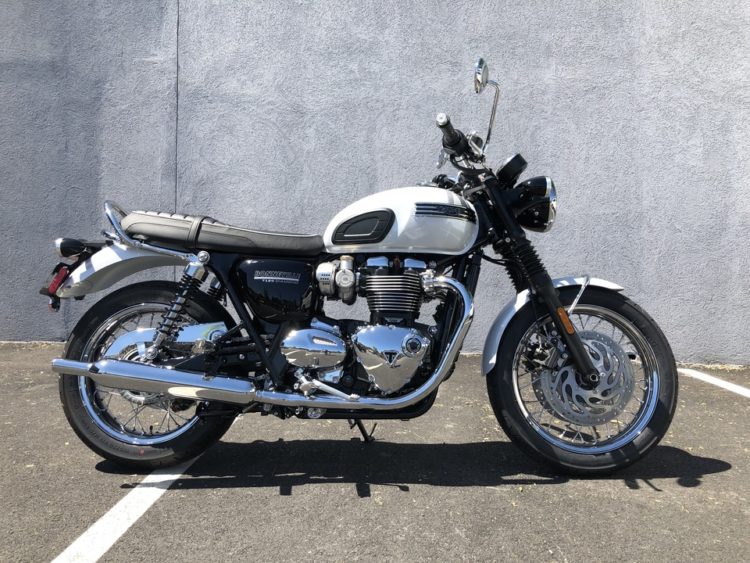 This bike really didn’t have to do any work to win fans; it took off like a shot right from the time it was released. The 2001 Bonneville was very reflective of the British taste in motorcycles, and on top of that it had an affordable price tag that lured potential buyers rather than repelling them; the standard version sported a sticker price of around $7,000. Those two characteristics were shown to be a winning combination.

Leave the Performing to Grandpa

The Bonnevilles of old were designed to be performance motorcycles, bikes built to go fast and handle well in the process. The 2001 version, on the other hand, was not. Instead, it would be kept basic, mechanically speaking, of course. But essentially, the 2001 model was considered competition to the motorcycles made by American powerhouse Harley-Davidson…and so performance lost some attention, but it was made up for in all the other departments. Oh, and it did a fine job performing the duties assigned to it, that’s for sure.

Years In the Making 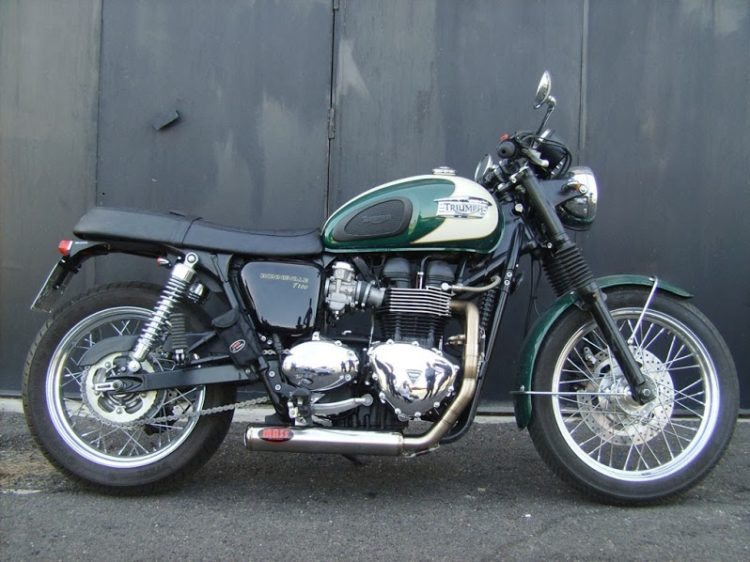 The 2001 Bonneville wasn’t a bike model that those British boys just ‘threw together’, either. According to Cycle World, design planning on this bike began in 1997…one year before the second generation would even end. So that awesome classic, retro-style body, the way the fenders curve, and the instrument panel arrangement were all very intention, down to the finest detail. But as you’ll soon read, this isn’t always good…

You Can’t Con A Con…

You guessed it: This particular version of the Bonneville had some areas that needed improvement, a handful of them, in fact. First, it seems that it had a bit of an issue with rust. While we understand that many rust problems are weather and climate related, it seemed that this model was more predisposed than others. It was also reported to struggle when it came to downshifting, the bike simply didn’t work downward through the gears as smoothly as it shifted up. In fact, when downshifting, owners reported that the shift would feel loose and fluid, but it wouldn’t catch the next gear down. Owners also reported problems with oil leaks around the valve cover. While easily repaired at a service shop, it would lead to a much bigger problem if ignored or neglected. Starter issues were brought up, which seems to be a fairly consistent problem with products with the Triumph brand. Starter troubles are characterized by either a strong clicking noise accompanied by a buzzing noise (related to the solenoid; is likely a battery issue) or a weaker, softer clicking sound and buzzing and the bike wouldn’t start. The latter is attributed to the starter relay, which can be easily checked and repaired. Other problems with the 2001 Bonneville include a popping exhausted when downshifting or decelerating and brake pads which squeal loudly.

…But the Pros Have It 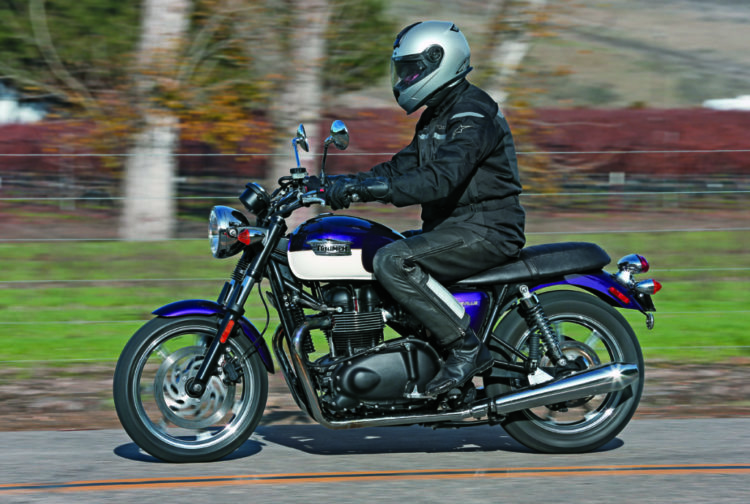 Don’t let those silly issues deter you from this incredible piece of machinery, whatever you do. Here are some of the countless reasons why you should at least be a fan of the 2001 Triumph Bonneville, if you aren’t going to personally own one:

The fact is that the benefits far outweigh the setbacks when it comes to this model bike, and we’re sure you’ll agree.

Now, How About Those Specs?

Sorry to keep you on the edge of your seat; we know you’re dying to find out what makes one of these bikes tick. Enough with the suspense, because the following is technical information regarding the mechanics and performance of the 2001 Triumph Bonneville with the Twin-Power engine:

The bottom line is that this was a cool bike when it rode off the assembly line, and it’s a cool bike now. Any well-kept model should perform well and give the rider years of enjoyment. 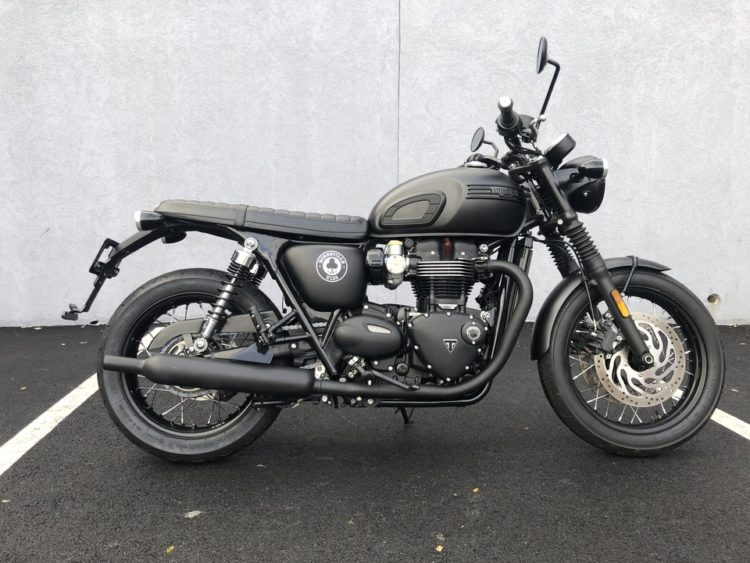 Extras always make everything feel, and look, better. If you have a 2001 Bonneville spend a bit of time making a checklist of what your bike has. If you don’t, make it a goal to get one and check the extras off the list one by one. Sounds like fun to me.

Not To Be Superficial, But…

…What about the colors, right? I know, I know. Even the most die-hard bikers are concerned with this fine point, so don’t feel to badly about it. After all, you can always customize the paint job, but that would take something away from the bike, now, wouldn’t it?

…What about the colors, right? I know, I know. Even the most die-hard bikers are concerned with this fine point, so don’t feel to badly about it. After all, you can always customize the paint job, but that would take something away from the bike, now, wouldn’t it? The 2001 Triumph Bonneville had two, that’s right, TWO, color combinations available upon ordering back in the day.

• Forest Green and Silver and
• Scarlet Red and Silver

While they might not have been much to choose from, they certainly went over well at the time. If you’re in the market to by and are a stickler for originality, well, any other colors will be a bit…off. Best to know ahead of time, eh?

Now, About That Affordable Price… 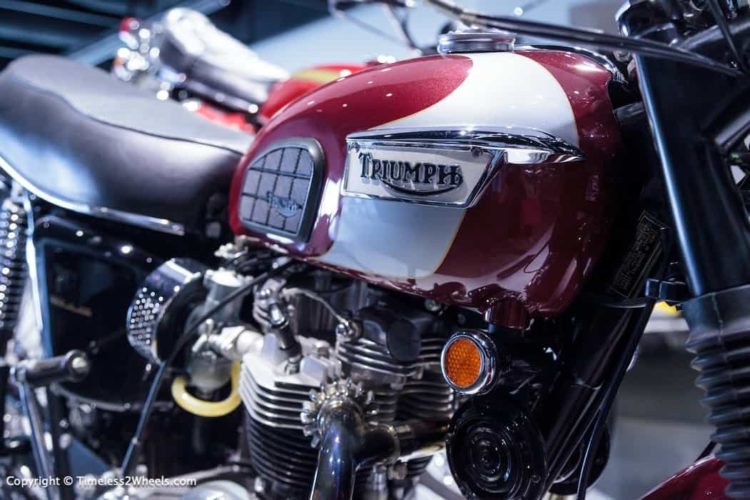 When we said affordable we meant it, even for nearly twenty years ago. When the Triumph Bonneville was new in 2001 it had a base sticker price of $6,999. With options the price could be up to $9,500, depending on chosen options. So, to keep things simple, no matter how it gets sliced, the Bonneville was affordable in 2001. For those looking to acquire? Well, it’s still affordable to day, with used bikes in excellent condition running just above $3,700, on average. For all of you potential buyers out there…look’s doable, doesn’t it?

Triumph has always been one of the most popular motorcycles among enthusiasts in the United States, and the bikes likely have a devoted following in other places around the world. But the 2001 Bonneville stood out in that it was a version in strict keeping with its predecessors while daring to go out and do its own thing, and that made it a classic from birth. Riders and fans-from-a-distance will agree that this particular model has done quite a bit of speaking on behalf of the Triumph brand, and it has been very eloquent indeed. So, whether you want to buy or simply admire, enjoy the knowledge you’ve just gained and put it to whatever it’s best useful for…and have fun doing it. Ride well, have fun, and be safe.